Dale Earnhardt Jr. rebounds at Michigan for another top-10 result

BROOKLYN, Mich. — Dale Earnhardt tweeted earlier this week that he spent some time in Chevrolet’s state-of-the-art simulator to prepare for Michigan International Speedway.

It appears the extra virtual practice time paid off for the No. 88 Hendrick Motorsports driver, finishing ninth in Sunday’s FireKeepers Casino 400 for his third top-10 finish of the 2017 Monster Energy Series season.

“We had a great car,” said Earnhardt. “Just had a hard time getting any track position and keeping it.”

Earnhardt started 17th and was able to crack the top 10 in the latter moments of the race. But a huge moment in at the exit of Turn 2 during the final stage dropped him back from 6th to 12th after the team gambled on pit-road strategy to gain track position.

“Greg (Ives, crew chief) did a good job trying to get us that track position on one stop,” Earnhardt said. “We just got real loose on that run, about wrecked the car a couple of times and lost a lot of spots. Got lucky there at the end to restart on the outside in 18th and got a bunch of spots there the last few laps to finish in the top 10.”

Although the solid finish was a good rebound from a dismal 38th-place result last week at Pocono, Earnhardt felt the car had even more left than he was able to get out of it.

As far as any simulator work for next week’s race at Sonoma Raceway, the first of two road-course stops on the circuit, Earnhardt was unsure of when he’ll be taking advantage of it again.

“They book me and tell me when they want me to be in there,” Earnhardt said. “We are not going this week and we definitely won’t do it for Daytona, but we will keep working in that simulator any opportunity we get. It’s just a free chance to practice, you might learn something, you might not.”

Now sitting 23rd in the points standings, Earnhardt knows the playoffs are realistically unattainable in his final full-time Cup season unless he manages to win. 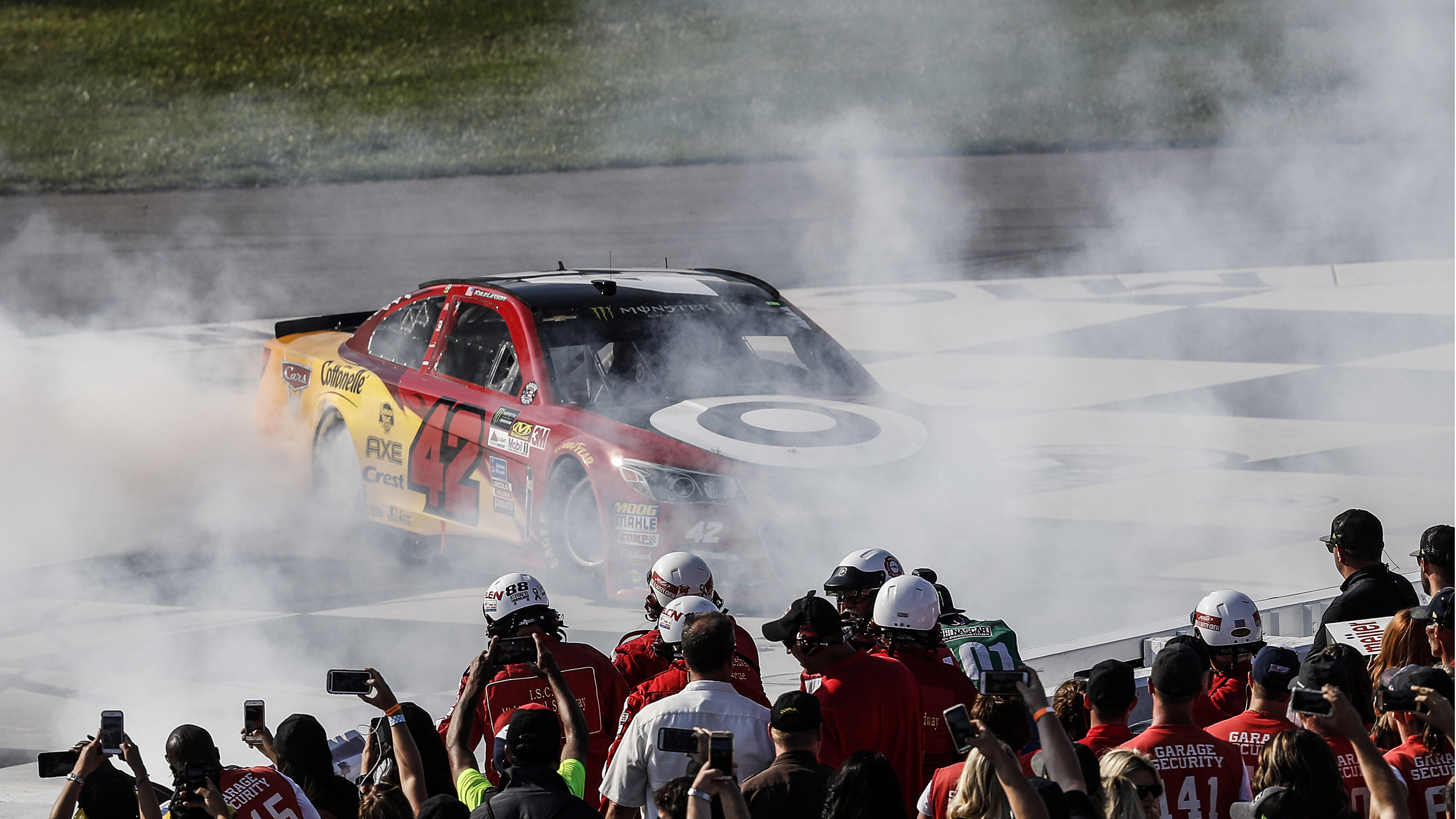 Gallery: Race results from the FireKeepers Casino 400 at Michigan