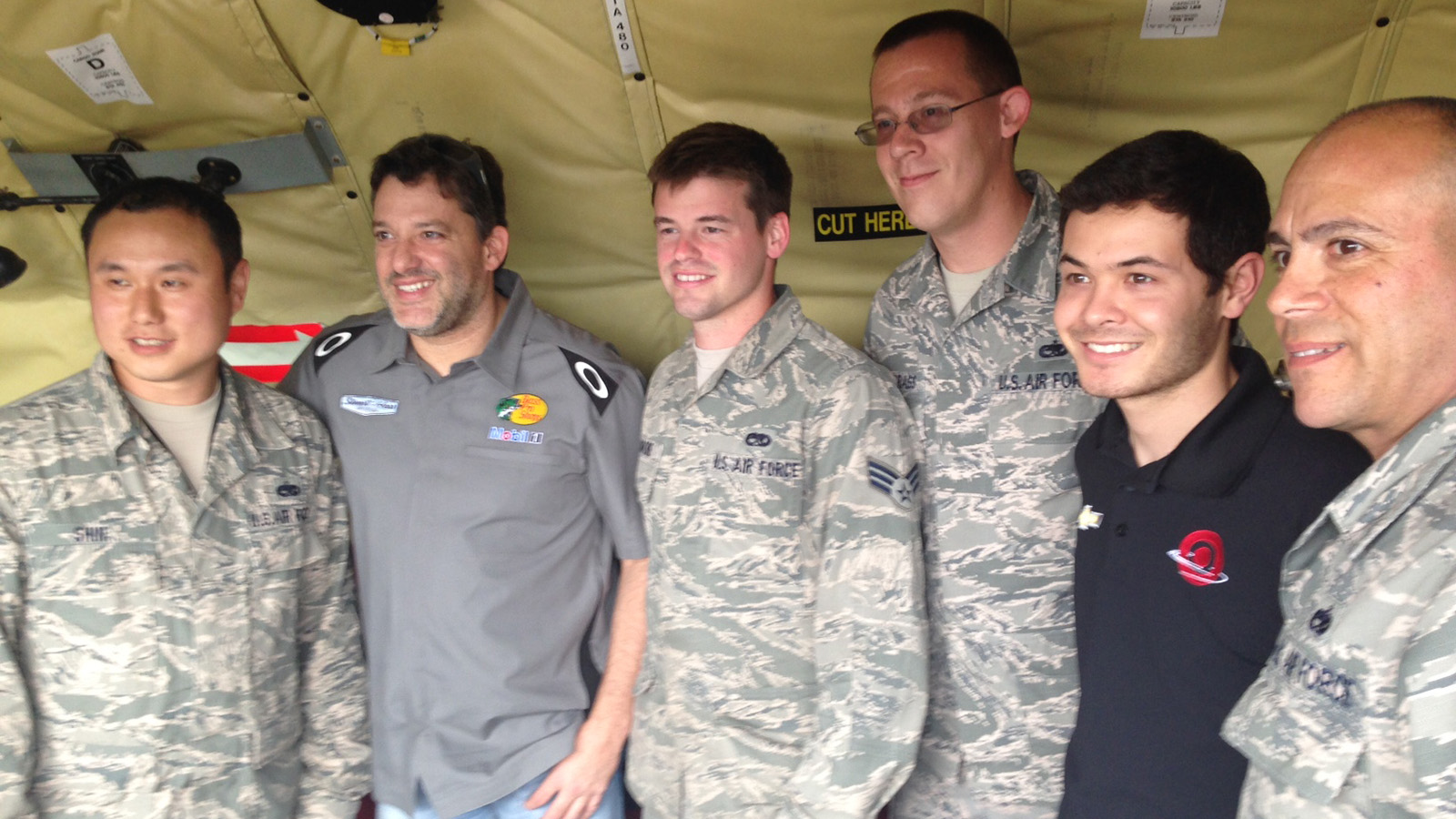 A three-time NASCAR champion and one of the sport’s biggest rising stars made a stop at Florida’s MacDill Air Force Base on Tuesday.

As part of the "Road to the Daytona 500" media tour, Tony Stewart and Kyle Larson — as well as Daytona International Speedway president Joie Chitwood III — met with troops and took a ride on an aerial refueling simulator.

It's not every day you get to board a KC-135. #ROADTODAYTONA500 pic.twitter.com/KL0xYRsIin

"This is something we wish we got to do more often," said Stewart to The Tampa Tribune. "Without these men and women, we wouldn’t get the chance to do what we do every weekend."