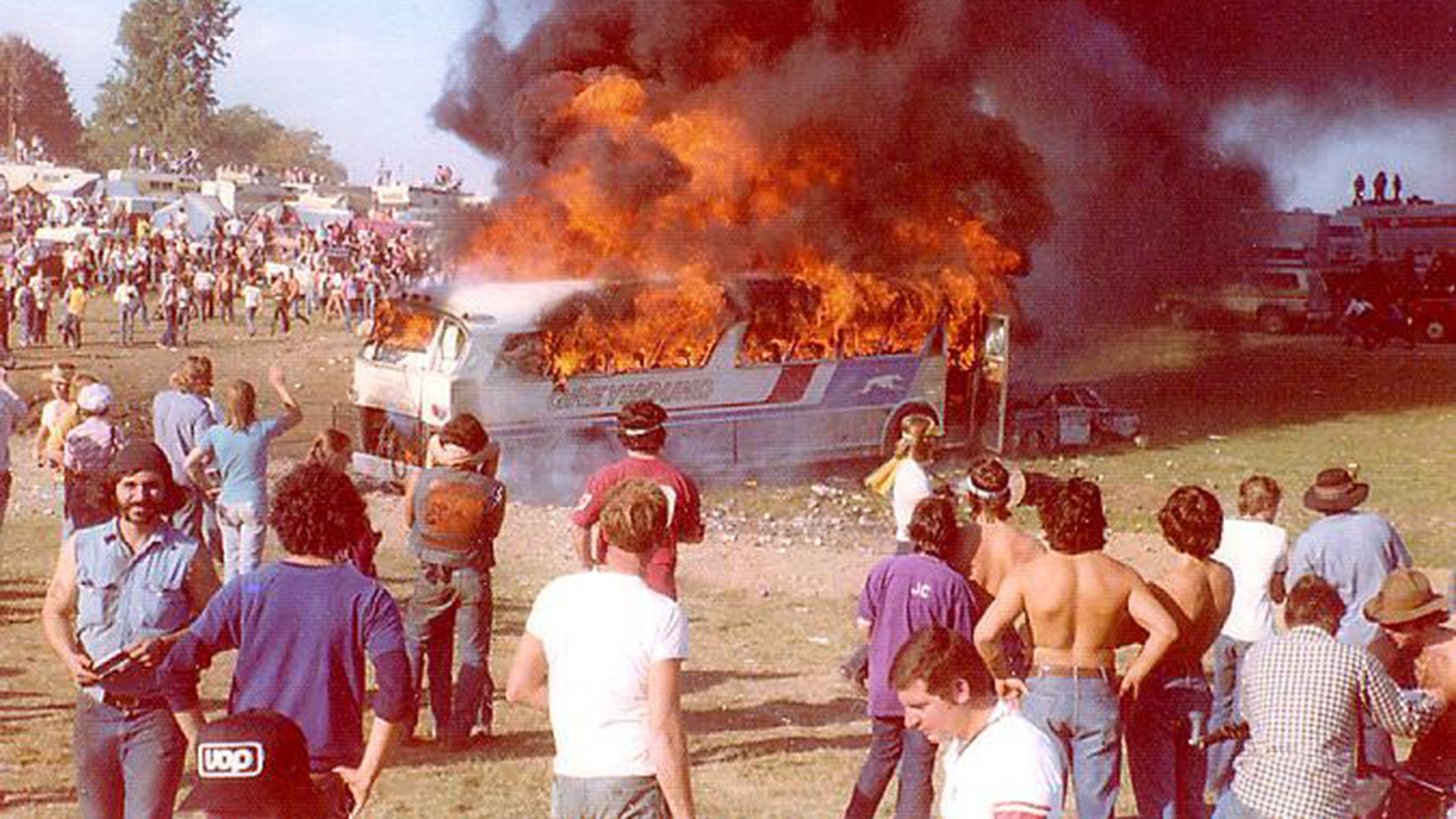 Long before the Talladega Superspeedway campgrounds became ground zero for drunken hell raising, breast flashing, pole dancing and all manner of aberrant behavior, there was The Bog at Watkins Glen International.

The historic road course in the Finger Lakes region of New York state actually hosted its first NASCAR Sprint Cup Series race way back in 1957 and two more in 1964-5 before becoming a fixture on the Cup schedule in 1986.

At one time or another, The Glen hosted most every form of racing imaginable on a road course, including Formula One, CART, the Indy Racing League, Trans-Am, Can-Am, F-5000, SCCA â you name it, it raced there.

For years in the 1960s and early ’70s, Watkins Glen was home to the most infamous piece of real estate in racing, a mud bowl outside the track known as The Bog. Denizens of The Bog, known as Bogladytes, would drag old vehicles to The Bog, throw rocks at them and then set them on fire. Alcohol and recreational substances figured prominently in the activity. It was all fun and games, all in the spirit of the times, when partying was a way of life.

Until the 1974 United States Grand Prix, that is.

At that race, a bunch of Brazilian race fans chartered a Greyhound bus out of New York City to go to Watkins Glen to cheer on countryman Emerson Fittipaldi, the two-time Formula One world champion.

Is Watkins Glen do or die time for Tony Stewart?

When the fans went to their seats, the chartered Greyhound was left unattended. Bad move.

A Dec. 1974 article in the Harvard Crimson described life in The Bog thusly:

"It is 2 a.m. Saturday morning and the hard-core "Boggers" are warming up for the weekend’s festivities. Two burly, bearded men stand in a smoldering fire of upturned garbage cans and old tires, long knives strapped to their thighs, drinking beer. Behind them lies the burnt-out hulk of the weekend’s first sacrifice, an old sedan of indefinable lineage. Rising out into the bright night sky, thick acrid bellows of smoke reach for the high-scudding clouds. A spectral group of dancers passes by, cavorting to the raucous notes of a kazoo. Men and women are madly intertwined in their grimy jeans, holding out bottles of wine to balance their steps. Like shadows stretched across a brick wall, these forms stumble onward–players possessed by the harkening strains of Death in a Medieval Dance."

Why is Dale Earnhardt Jr. still no fan of road courses?

Alas, the ritual burning of the Greyhound understandably proved to be too much for the track management, who sent bulldozers to The Bog soon afterwards. In the words of Joni Mitchell, they paved paradise and put up a parking lot.

At least the Brazilian race fans got back to the city after their bus was destroyed. Greyhound sent another bus up to get them and deliver them safely back home.