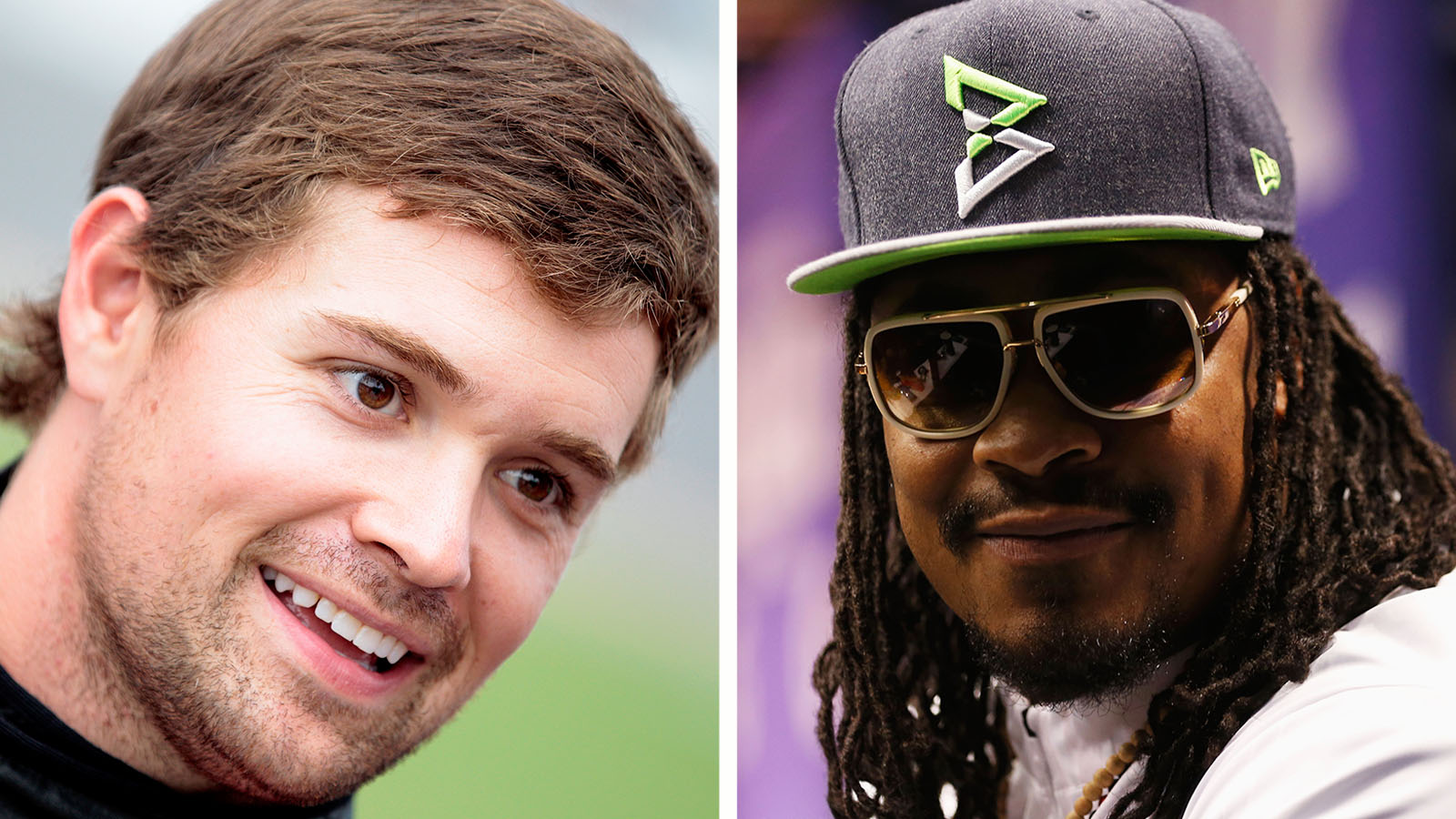 For most drivers and teams, the key word each year on the Charlotte Motor Speedway Media Tour is "excited."

After being introduced and ribbed for his hairstyle, a stylish mullet that is very much "business in the front and party in the back," the driver of the No. 17 Ford took a page out of Marshawn Lynch’s playbook.

When asked by emcee Doug Rice about the upcoming 2015 season, Stenhouse simply said, "I’m just here so I won’t get fined."

During Tuesday’s Super Bowl Media Day in Phoenix, Arizona, Lynch — a running back for the NFC champion Seattle Seahawks — continued his game with the press by answering every question during his five-minute availability with, "I’m just here so I won’t get fined."

Unlike Lynch, Stenhouse was simply having fun and later explained his comments with a laugh.

"I was watching the TV yesterday, and I kept wondering why people kept asking him questions to keep feeding him," said Stenhouse. "If you just stop asking him questions, he’ll quit staying the same thing over and over again. I don’t understand why they haven’t figured that out yet.

"I thought it would be funny to say that," he said. "I kind of told Steve (Newmark, Roush Fenway Racing president) at the last minute I was going to say it, and he said go with it."