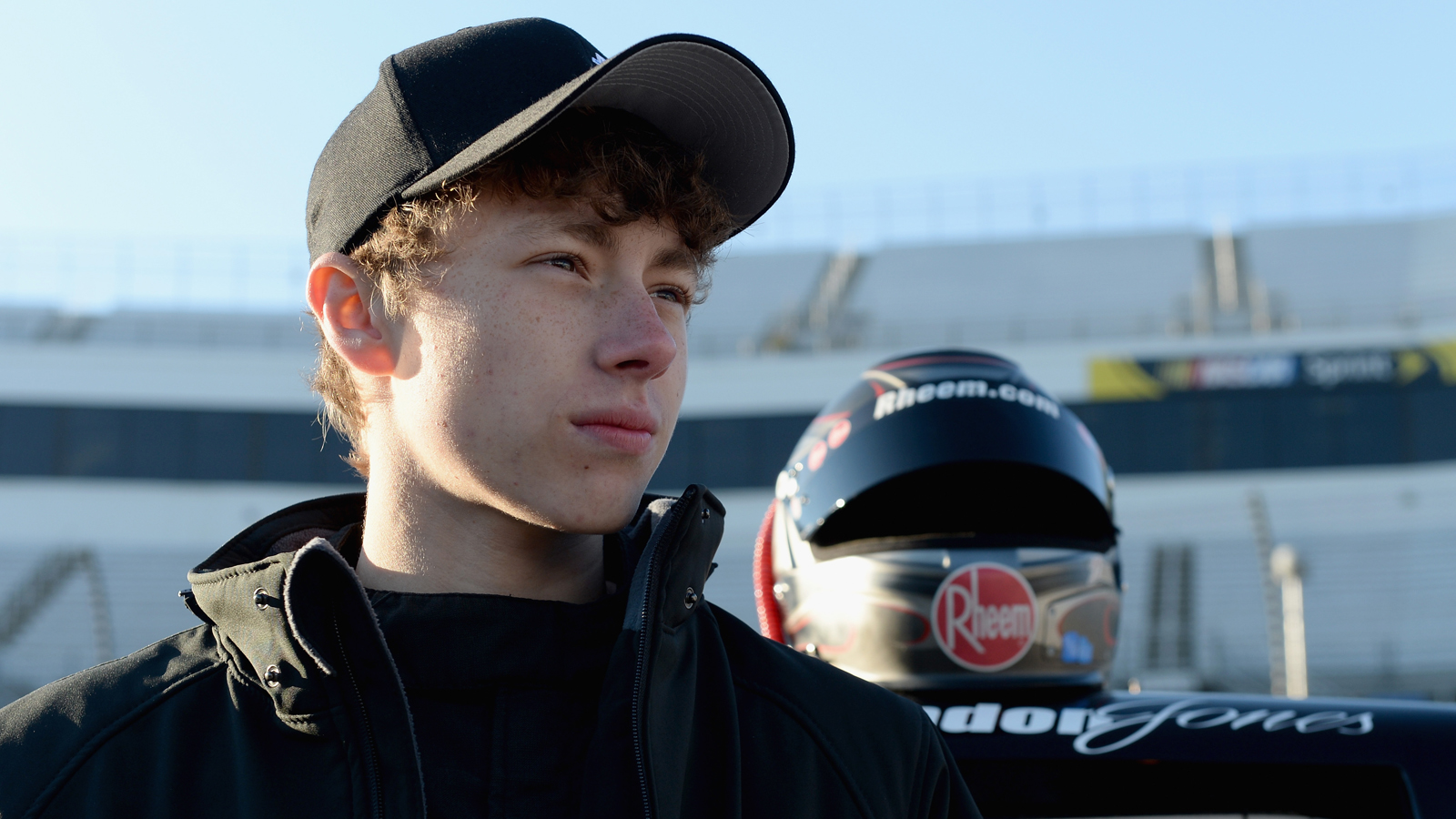 On Friday – during practice for a late model race at Watermelon Capital Speedway (Cordele, GA) – Jones ended up off the track and in a water-filled ditch. Yikes.

Using Brandon Jones driving off the Turn 3 hill into the pond as a barometer, Sunday will be a long day. #SpeedFest pic.twitter.com/lPvAvF9WgX

The team says Jones was the victim of a stuck throttle.  Luckily, nobody was injured.

This season, Jones will be running in the NASCAR K&N Pro Series East and NASCAR Camping World Truck Series for TSM.