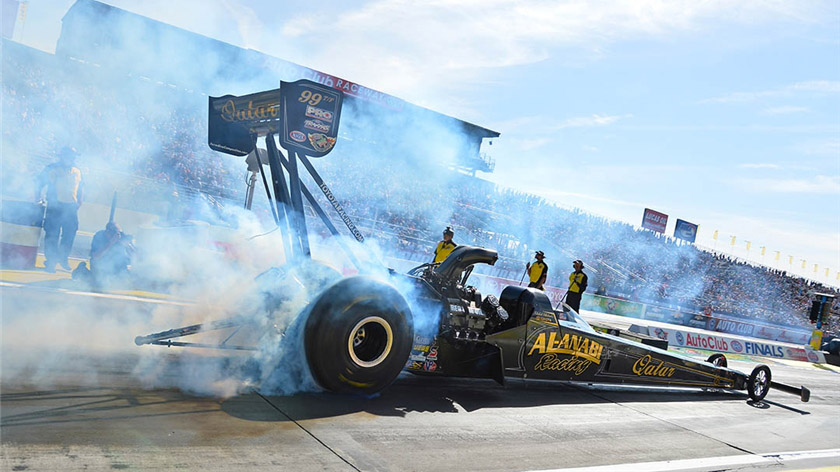 Qatar Racing Club will no longer fund any motorsports activities in North America, it was announced Monday.

This decision has a major impact on the championship-winning NHRA team, Al-Anabi Racing, which is operated by Alan Johnson Racing. The team currently fields two cars in the NHRA Mello Yello Drag Racing Series, driven by Khalid alBalooshi and Shawn Langdon.

“We are obviously surprised and disappointed about this completely unexpected turn of events,” team owner Alan Johnson said. “Our plans for the 2015 NHRA season were nearing completion starting with pre-season testing next week in Florida and the first race of the 2015 NHRA season a month from today in California. Many things are uncertain, and our situation is obviously still evolving. We are currently exploring our options, and we hope to have more news in the near future.”

According to the press release, the decision was made in the final days of 2014, with team members being notified Monday.

The season-opening Winternationals in Ponoma takes place from Feb. 5-8.