(From left) Kimi Raikkonen and Sebastian Vettel pose with the new Ferrari SF-15T.

Ferrari has unveiled the SF15-T, the car with which Sebastian Vettel and Kimi Raikkonen hope to reverse the team’s fortunes after a difficult 2014 season.

It’s also the first Ferrari that James Allison can claim full responsibility for, after he joined while last year’s car was already under development.

The car carries logos from Alfa Romeo and Haas.

Suderia Ferrari team principal Maurizio Arrivabene has reiterated that he has targeted at least two GP wins for the Italian team this season.

Arrivabene, who made a similar statement last month, shied away from a more ambitious target.

“I’m just realistic,” he said. “Nobody has the magic to change things when things are unchangeable. We applied certain modifications that in our opinion are quite interesting. With that I don’t want to say that we are going to win the World Championship, but for sure we are committed at least to win two races.”

Regarding the SF15-T he said: “Enzo Ferrari said a long time ago the best car is a winning car. Last year we had an ugly car and it was a non-winning car on top of this. I like the car of this year in terms of aesthetics. I don’t know about the performance, but it’s really sexy.”

He says the personnel changes do not mean a change of philosophy at the Italian team.

On the subject of the drivers, he added: “They have to work together as teammates, they have to work with the team. Things I want to avoid, talking about the overall team and not only about the driver, is that everybody is pushing and working together in the same direction. I’m expecting the drivers to do the same.”

Ferrari technical boss James Allison adds that the Italian team has made big steps with its power unit, which was a major weakness last season.

“The power unit has along with the rest of the car been an area of extremely high effort to improve,” said Allison. “We had a number of issues with last year’s engine and power unit. Early on in the season the power delivery was not particularly sophisticated, and it was quite tough for the drivers to get the type of throttle response that they wanted. It was improved a lot during the season and we take that a step further for the SF15-T.

“A definite weakness of last year’s car was that the amount of electrical energy that we were able to recover from the turbo was not really good enough for producing competitive power levels during the race.

“That’s one of the reasons why Ferrari’s qualifying performance was relatively stronger compared with their race performance last year. That’s an area where we’ve tried to change the architecture of the engine to make it a better compromise between qualifying and racing performance.

“And then plain simple horsepower. A tremendous amount of work has gone into all aspects of our combustion efficiency to try and make sure that in this fuel limited formula where every team is only allowed to burn the same amount of fuel that every single compression stroke, every single ignition stroke, is extracting the maximum amount of horsepower and putting it on the road.”

The Ferrari car clearly represents a major step forward relative to its predecessor, at least in terms of appearance. As well as much more attractive front the car has a more tightly packaged rear, which is a characteristic of other 2015 cars seen so far.

“I think all the cars on the grid are going to be more appealing around the front, around the nose, because after a few years of trying I think we’ve finally invented a regulation that gets what we wanted from a safety point of view, but also doesn’t create the rather unappealing features of the last few years.” says Allison. “So I think everyone will look a lot prettier at the front, and the 2015 Ferrari is I think nice in that regard.

“However the back of the car is something that it noticeably different from the 2014 car, where we have been successful in pulling the bodywork much tighter to all the stuff underneath the skin. And that’s been done through a lot of work, not just in the wind tunnel but also in the design part of the company to try to find radiator designs that were fundamentally more efficient, so that for every square centimeter of radiator we’re able to extract more cooling this year than last, and therefore are able to close the car down at the back as a consequence.” 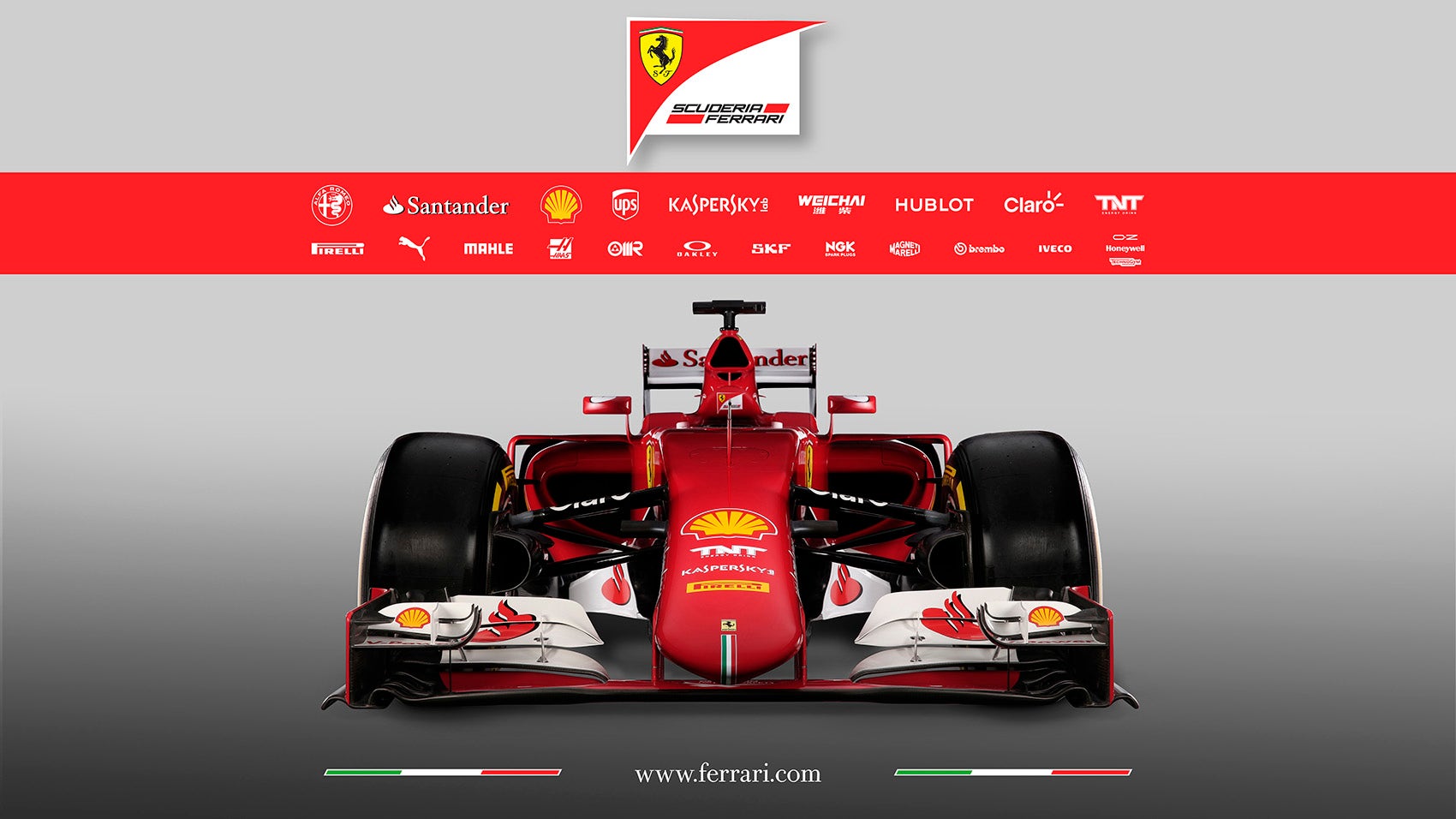 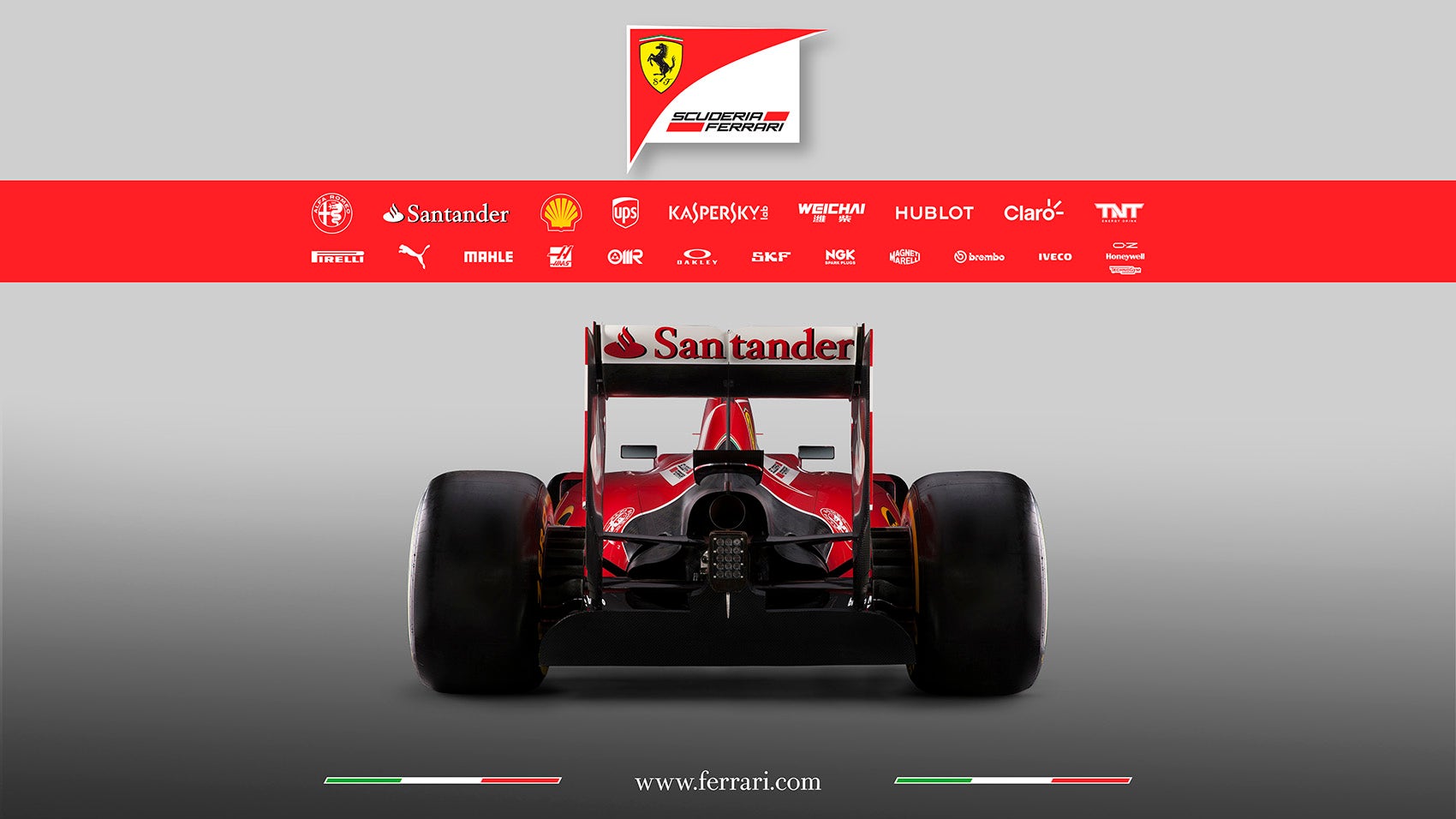