Introduced in 1985, the 959 was far and away the most technologically advanced street car Porsche had ever made, with intelligent all-wheel drive, a 450-horsepower, turbocharged flat-six engine and adjustable suspension.

We live in the Golden Era of performance cars, with amazing rides like the new Z06 Corvette or the Dodge Challenger Hellcat offering insane levels of performance at comparative bargain prices.

But it wasn’t always that way.

Tightened emissions regulations, gasoline shortages and exorbitant insurance rates effectively neutered high-performance cars for most of the 1970s and ‘80s.

But in 1985, Porsche dropped a bombshell, introducing the 959 supercar at the Frankfurt Auto Show. The 959 was far and away the most technologically advanced street car Porsche had ever made, with intelligent all-wheel drive, a 450-horsepower, turbocharged flat-six engine and adjustable suspension.

Brand new, the 959 cost $300,000 and had a top speed of 197 miles per hour, two eye-opening numbers to be sure. Porsche built just 283 of these Teutonic marvels, which elevated both raw performance and the science of street cars to wholly new levels.

“When Porsche released a car that could reach a top speed of 197 mph at the Frankfurt Auto Show in 1985, it goes without saying that the general public was left aghast at what they had witnessed,” reads the car’s catalog description. “But while speed was at the forefront of most spectators’ minds, the real beauty of the 959 was in its details. The car was laden with technology the likes of which the automotive industry had never seen before.

“Graced with all-wheel drive and all the amenities one would expect of a car with a $300,000 price tag when new, the 959 was not only the world’s fastest production car, it was also versatile enough to be used as a daily driver.”

And it ought to look pretty racy crossing the auction block, too. 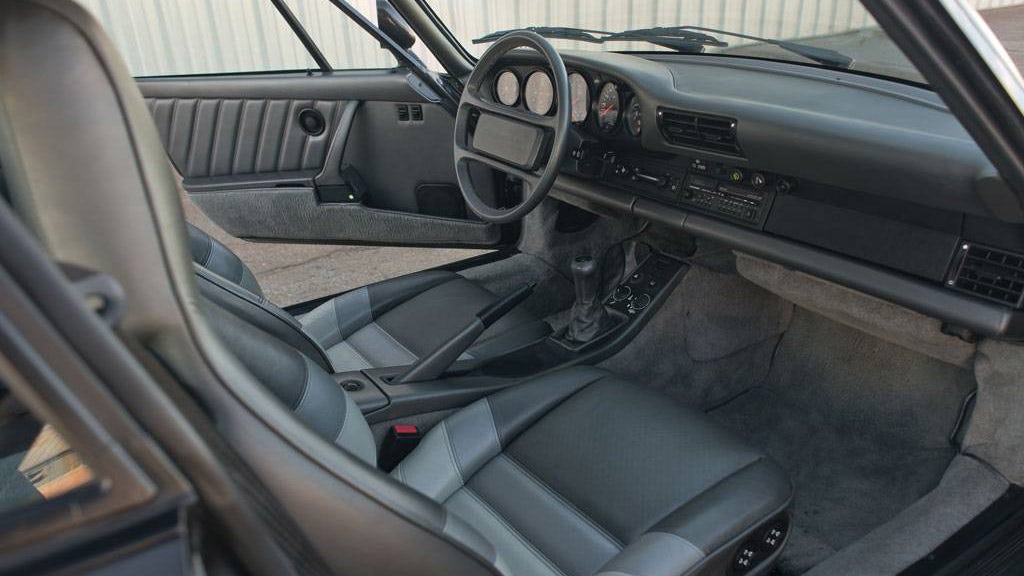