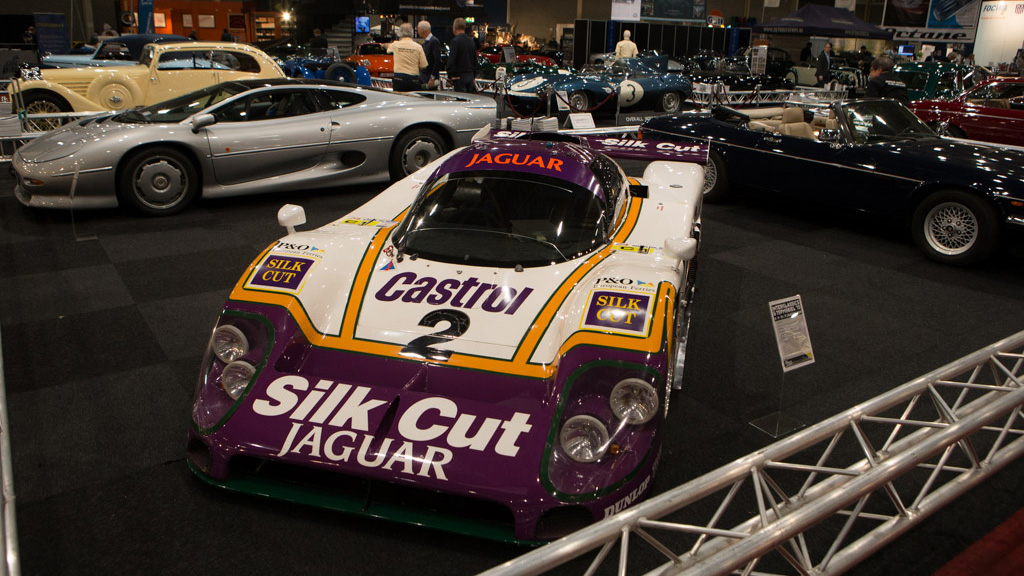 For the first time, the Dutch Interclassics and Topmobiel event kicked off on a Thursday in 2015, with a special preview day, and UltimateCarPage.com was there to cover all the action.

By adding a day to the event, the organizers also announced a bold plan to cross the border and stage a second Interclassics meeting in Brussels later in the year, building on the success of the event held annually in Maastricht. Among the special features at this year’s edition was the celebration of 80 years of Jaguar and a display of classic Grand Prix cars. Additionally, Coys filled a separate pavilion with a no-reserve auction of the impressive Eastern European Brunza collection of luxury limousines.

Although Williams Lyons had built cars under the SS brand name for several years, his company really took off when he added the Jaguar name to his products late in 1935. The 80th anniversary of this momentous occasion was celebrated with a separate display from the Jaguar Daimler Club Holland. Among the highlights on show were two Jaguar Le Mans winners with a Dutch connection.

The earliest of the pair was the Jaguar D-Type that won the legendary 24 Hours race outright in 1957 and is on display today in the Louwman Museum. Presented by the Jaguar Daimler Heritage Trust was the very XJR-9 nursed home with a broken gearbox by Dutchman Jan Lammers to clinch Jaguar’s return victory in 1988. Add the nearby stand of Dutch Jaguar specialist Zwakman two very important Jaguars of a slightly earlier vintage was on display. Somewhat inconspicuous was the first production SS 100 3.5-liter, which was also the very first car to sport the leaping Jaguar mascot on the radiator. Harder to miss was the unique SS 100 Coupe, which was shown at Earl’s Court in 1938 but never entered production as the War intervened.

Marking the hugely successful return of the Historic Grand Prix Zandvoort, the Topmobiel part of the event was reserved almost entirely for a vast display of classic Grand Prix cars. Many of these machines also competed in the most recent Historic Grand Prix back in September of 2014. The display featured a colorful mix of rare and iconic machines, ranging from an early and beautifully preserved Bugatti Type 35 to a 1992 Ferrari F92A, which sported a very unusual and ultimately unsuccessful double floor design.

Among the most iconic Grand Prix racers on display were a pair of revolutionary Lotus cars; the Type 49, which introduced the Ford Cosworth DFV to Formula One and the Type 79, which, in 1978, became the first "ground effect" machine to win the World Championship. Our eye was also caught by the one-off Ferrari 340 F1, which was used only very briefly during the 1950 season as Ferrari transitioned from a small-displacement, supercharged V12, to the much larger "Lampredi" long-block V12, which during the year grew to the maximum displacement allowed by the regulations of 4.5-liter.

The event organizers and hosts MECC Maastricht did well to expand the event and venue again this year. It freed up more room from the numerous exhibitors, which ranged from specialist parts vendors to a large number of dealers, each of which trying to bring the very best of their inventory. At the time of writing, we do not know the visitor total yet but it would highly surprise us if the record numbers of 2014 will not be broken.

Click HERE for an 80-shot gallery of the event