What’s a catcher worth? Molina’s new contract-and his Hall of Fame chances—up for debate

During the World Baseball Classic, Yadier Molina looked like a player at the height of his game. As the starting catcher for Team Puerto Rico, he shepherded a group of unheralded pitchers through fearsome lineups, smothered pitches in the dirt, gunned down baserunners and even swatted a couple of key home runs. Had Puerto Rico won instead of finishing as runners-up to Team USA, he may well have earned tournament MVP honors. He carried that roll into the 2017 regular season, reaching base four times in the Cardinals' season-opening win over the defending champion Cubs on Sunday. Hours before that game began, the team finalized a three-year, $60 million extension with their longtime backstop. For as spry as the 34-year-old Molina appears now, the deal raises questions given his age (34) and mileage, highlighting the valuation that St. Louis has placed on the less easily measured aspects of his game—a topic that spills over into the discussion over whether a spot in Cooperstown awaits him.

Now in his 14th season, Molina has long had a reputation as one of the game's elite defenders. Beyond his eight Gold Gloves—a total surpassed at that position only by Hall of Famers Ivan Rodriguez (13) and Johnny Bench (10)—he's won four Platinum Gloves (which have been awarded by Rawlings to the league's top defensive player at any position since 2011) and six Fielding Bible Awards (given by Baseball Info Solutions, the company behind Defensive Runs Saved, to the top defender at each position, regardless of league, since 2006). According to baseball-reference.com, his total of 112 fielding runs is tied with Gary Carter, another Hall of Famer, for third all-time behind Rodriguez (146) and Jim Sundberg (114).

Article continues below ...
Eric Thames is a legend in Korea, now he's restarting his career with the Brewers

Molina's extension, which will begin after his five-year, $75 million deal concludes after this season, pays him a flat $20 million per season from 2018 to '20, his age 35 to 37 seasons. That will make him the game's highest-paid catcher, sort of. Joe Mauer's eight-year deal with the Twins—which was signed in March 2010, when he was coming off his third batting title (a record for a catcher) and the slash-stat triple crown—averages $23 million per year, but he's been a light-hitting first baseman since 2014. Buster Posey is making $21.4 million every year from 2017 to '21, but his nine-year, $167 million extension, signed in March 2013, averages “only” $18.56 million.

Via the What's He Really Worth model that I've use to analyze free agent deals—a model that incorporates a player's last three years of performance, a projection of his future value, and estimates of the market cost for a win, the rate of inflation and age-related decline—Molina doesn't seem like a good bet to live up to his new contract. That's in part because the Wins Above Replacement model used at baseball-reference.com doesn't see his current value as extraordinary, and in part because the extension doesn't even kick in for another year, a not-insignificant consideration for an aging catcher, even one who appears to be in as good a shape as Molina, who’s largely been free of the types of injuries—back, knee and concussion—that often spell the end for catchers. 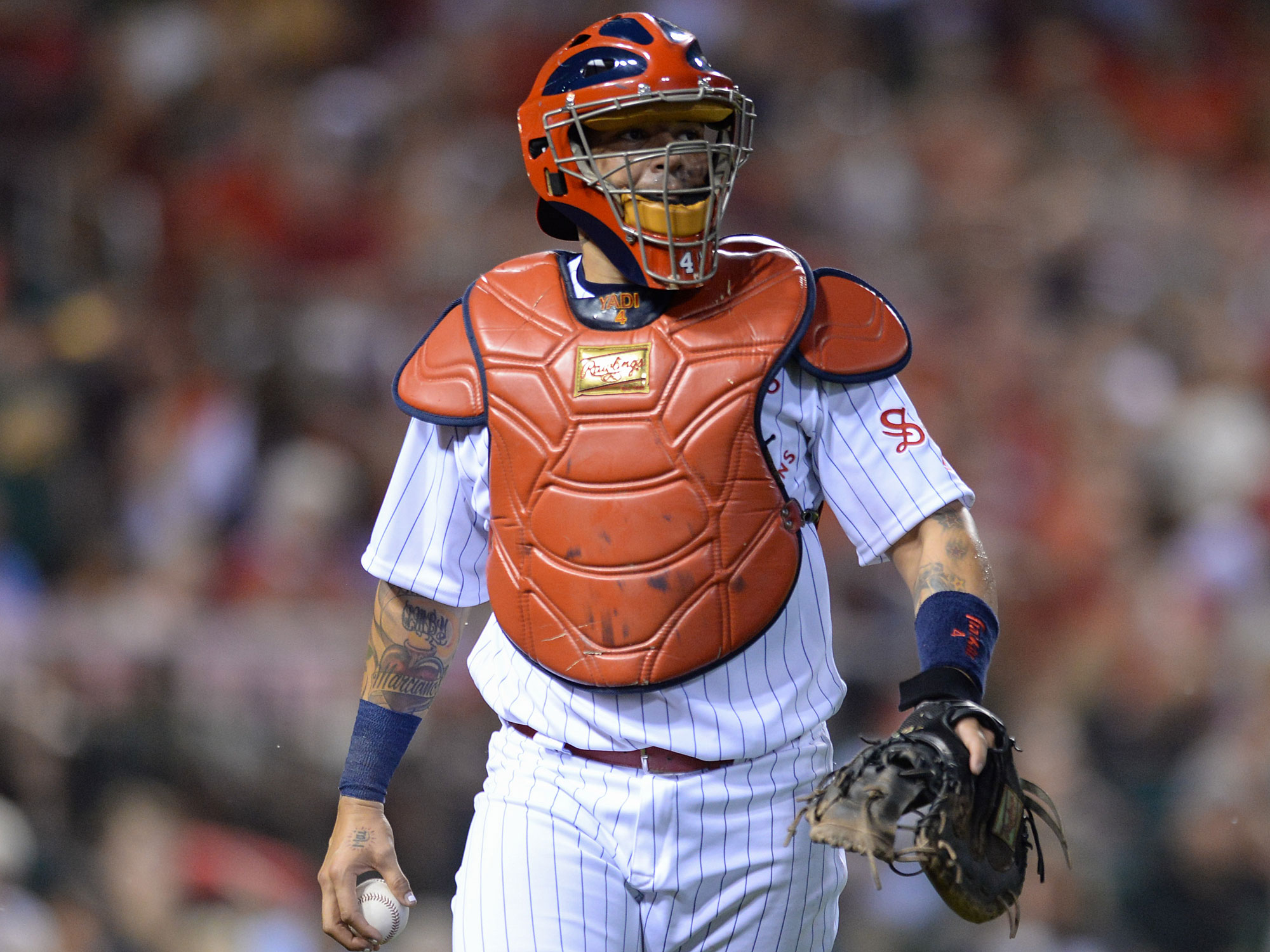 To estimate Molina's value going forward—for 2017, before we even get to 2018 through '20—the WHRW model uses Tom Tango's Marcel the Monkey forecasting system (“the most basic forecasting system you can have, that uses as little intelligence as possible”) to establish a baseline based upon a 6/3/1 weighting of WAR; that is, six times his 2016 WAR plus three times his 2015 WAR plus his 2014 WAR, divided by 10. Tango's model also includes age-related regression, specifically 20% regression in the first year (0.8 times that weighted WAR) and an age-related falloff based on 0.4 WAR per year, adding 0.1 WAR for each year under 30 (so 0.3 for a 29-year-old) and subtracting 0.1 WAR for each year over 30. Using the same parameters that I've employed for contracts such as those of Justin Turner and Edwin Encarnacion, with a 2016 cost of $6.85 million per win and  5.4% rate of inflation—here's Molina's four-year outlook (remember, the extension doesn't kick in for another year):

Ouch. By that model, Molina projects to be worth his salary this year ($14 million) but to provide almost no value during the extension. Even using a more sophisticated forecast for his 2017 value such as Steamer ‘s 2.6 WAR, he projects to produce 4.6 WAR from 2017 to '20, a value of $33.9 million for a salary of $74 million.

Here it's important to note that neither the B-Ref nor FanGraphs WARs incorporate pitch framing, an area in which Molina excels and an increasingly important one when measuring catcher defense, since both stolen bases and balls in play are less common than they've been in past eras; a greater proportion of a catcher's job involves stealing strikes at the edges of the zone. According to Baseball Prospectus, in 2016, Molina’ s nine runs above average ranked ninth in the majors (Posey was first at 26 runs above average), and for his career, he's 149 runs above average, fifth since 1988, as far back as pitch count data goes.

BP incorporates framing runs into its overall defensive metric, Fielding Runs Above Average, which is part of its Wins Above Replacement Player (WARP) system. Molina's 4.1 WARP for last year, 8.2 WARP over the past three seasons, and 46.8 WARP for his career all outdo his WAR-based values (including his 33.3 B-Ref WAR). If we use WARP for his three-year outlook, things look a bit better:

Note that they look better largely because I've included 2017; the extension covers only 3.8 WAR and $29.4 million worth of performance, roughly half the contract's value.

Now, there is no shortage of reasons why the Cardinals might willingly overpay Molina relative to the assumptions here. Maybe they're rewarding him for his past production, or for his loyalty, not wanting to drive him out of town as they did Albert Pujols. Maybe their assumptions regarding the cost of a win or the rate of inflation are significantly different (though even assuming $8 million for a 2016 win only takes the three-year yield to $34.4 million). Maybe their sabermetrically savvy front office is incorporating additional value estimates along the lines of Max Marchi's attempt to quantify pitching staff handling (he never published an estimate of Molina's work in that area before being hired by the Indians).

More likely, it's some combination of the above, as well as an assumption that Molina will defy the aging process better than most. For example, if he's expected to decline by only half a win per year from 2017 to '20—successive WARPs of 3.2, 2.7, 2.2 and 1.7—the last three years weigh in at 6.6 wins and $52.4 million.

The Gordometer: Are these former top prospects ready to break out?

Still, the track record of catchers in their mid-30s with mileage akin to Molina (who has caught 1,584 games) doesn't offer much encouragement. As I noted when writing about Molina's Hall of Fame case for my forthcoming book, The Cooperstown Caseboook (to be published on July 25 by Thomas Dunne Books), the six other catchers in the Expansion Era (post-1960) with at least 1,500 games caught through their age-33 seasons (Bench, Carter, Rodriguez, Bill Freehan, Jason Kendall and Ted Simmons) totaled just 12.1 WAR for the remainders of their careers, at any position. Nearly half of that value—6.4—came from Rodriguez, who stuck around long enough to set the record for games caught but slipped into replacement level territory over his final three seasons (ages 37 to 39). Even lowering the bar to 1,200 games caught through age 33, only three other catchers since 1960 produced at least 5.0 WAR thereafter, namely Lance Parrish (6.3), Benito Santiago (5.7) and Mike Piazza (5.3).

While JAWS has its origins in BP's WARP (I switched to B-Ref's WAR in 2012), the company no longer publishes values for seasons prior to 1949, and there's no WARP-based version of JAWS that incorporates framing uniformly. Piazza and Rodriguez are the only enshrined catchers from the pitch count era, and it will be years before we see another. Even given the limitations of the available data, it's worth noting how much stronger Molina's ranking is when framing is included: among catchers, he's 20th in WAR since 1949, but 12th in WARP:

The top six players on that list, as well as three-time NL MVP Campanella, are in the Hall of Fame. According to BP, their average WARP is 53.9, but with no values for Berra from 1946 to '48 or for Campanella in '48—whose short career due to being paralyzed in a car wreck already makes him an outlier in this context—that average is incomplete. Excluding Yogi and Campy, the other five average 68.8 WARP, a total that Molina won't reach, even with all the framing credit he's earned.

Peak ambition: Why the Colorado Rockies will be baseball's surprise team in 2017 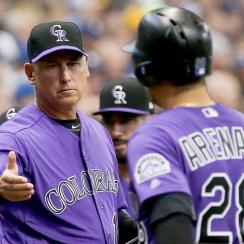 All of which is to say that there's a disconnect between the stats and the popular perception within the industry. As voiced by Fox Sports' Ken Rosenthal, USA Today's Bob Nightengale, ESPN's Buster Olney and others, Molina is a surefire Hall of Famer thanks to his defensive excellence. But given the history, it’s unlikely he'll approach the JAWS standard or even a simpler WARP-based equivalent. While BBWAA Hall of Fame voting isn't guided by JAWS, the metric has gained traction among voters in recent years, and it's not a bad predictor of the results; since 2002, the writers have elected only one position player who was more than 5.0 points below the JAWS standard at his position: Jim Rice, in 2009, before B-Ref introduced its version of WAR.

Molina's candidacy does have more going for it than a meager WAR. Via Bill James' Hall of Fame Monitor, which accounts for things that have traditionally carried weight with voters—such as awards, All-Star appearances, league leads and playing time at key positions on postseason-bound teams—Molina's score of 122 fits somewhere between a likely Hall of Famer (100) and a virtual cinch (130). Still, his candidacy could be a hotly contested one, but that's an issue that could be a decade down the road. For now, the Cardinals need only hope he lives up to their expectations over the next four seasons.