Before pitchers and catchers report to spring training, we’re checking in to see how each team has fared thus far this off-season, acknowledging that there’s still time for that evaluation to change. Teams will be presented in reverse order of finish from 2016. The final team in our rundown: the World Series champion Chicago Cubs. 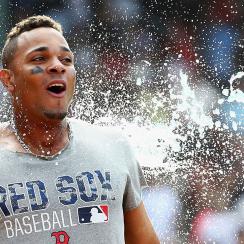 Even before the Cubs ended their 108-year World Series championship drought, it was apparent that the roster team president Theo Epstein and general manager Jed Hoyer had assembled was built for the long haul, with most of the club’s key pieces under contractual control for multiple years, and plenty of resources available to handle the turnover from 2016 to '17 . While Chicago hasn't pulled off any blockbusters this winter, it has filled the holes it needed to fill in order to make another championship run.

The lone regular gone from the lineup is centerfielder Dexter Fowler, who gave the Cubs career bests in OPS+ (126) and WAR (4.2) even while missing four weeks due to a right hamstring strain. It was a foregone conclusion that he would decline his end of a $9 million mutual option for 2017; he signed a five-year, $82.5 million deal with the rival Cardinals. The Cubs have replaced him with ex-Redbird Jon Jay via a one-year, $8 million deal. The going-on-32-year-old lefty swinger hit .291/.339/.389 with the Padres in 2016 but missed two and a half months with a broken right forearm, the second year in a row that his production has suffered amid injuries. Jay can fit into to some sort of platoon with going-on-23-year-old Albert Almora Jr., a righty-swinging 2012 first-round pick who hit a respectable .277/.308/.455 and played solid centerfield defense in 47 games with Chicago. 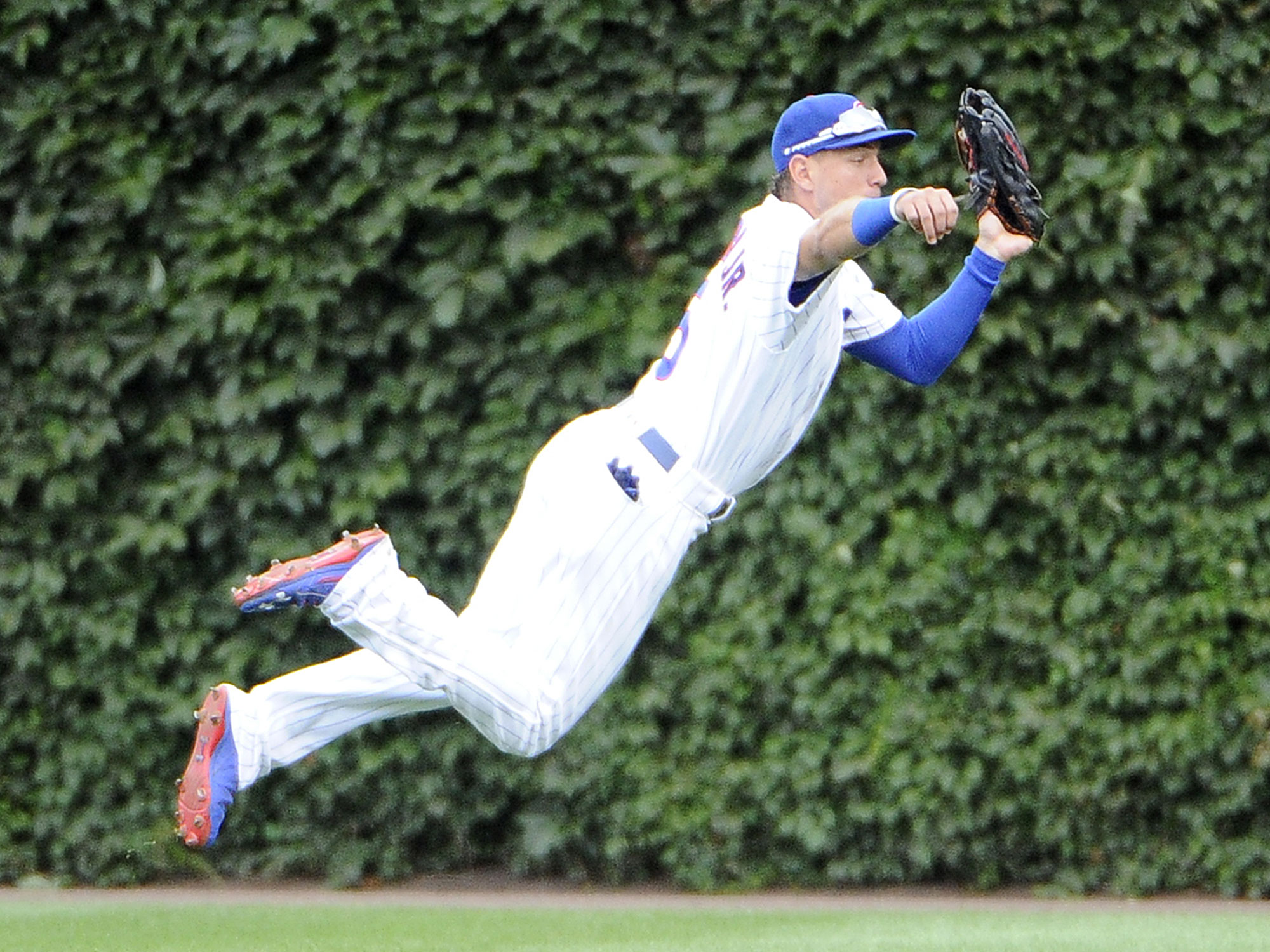 The return of Kyle Schwarber from a regular season lost to a left ACL tear allowed the Cubs to let fellow lefty Chris Coghlan (.252/.391/.388 in 128 PA after being reacquired in June) depart via free agency; he signed a minor league deal with the Phillies that will pay $3 million if he's in the majors. Meanwhile, Jorge Soler was traded to the Royals for closer Wade Davis. While Soler hit a modest .238/.333/.436 with 12 homers and a 106 OPS+, he fared better than that over the final two months after missing two months with a left hamstring strain. His age (25 on Feb. 25) and cost certainty (owed just $15 million through 2020) made him an attractive trade piece that provided the biggest piece of a remade bullpen, more on which momentarily. A bonus with the return of Schwarber is that he gives manager Joe Maddon a third catcher on the roster, offsetting the retirement of David Ross (.229/.338/.446 with 10 homers in 205 PA), though particularly in the wake of his knee injury, it remains to be seen how committed Chicago is to developing his ability behind the plate. With the full season presence of Wilson Contreras and backup Miguel Montero, they have the flexibility to find out.

After leaving him off the postseason roster, the Cubs did Jason Hammel a favor by turning down his $12 million option for 2017 in favor of a $2 million buyout. The 34-year-old righty had a very credible performance as a back-rotation starter, with a 3.83 ERA (but a 4.48 FIP) in 166 2/3 innings, but he apparently didn't see eye to eye with Maddon, resenting some quick hooks. He signed a two-year, $16 million deal with the Royals, one that includes a $12 million mutual option for 2019. To replace him, the team can call upon mid-2016 addition Mike Montgomery, a 27-year-old former Royals prospect who spent most of last year as a reliever for the Mariners and Cubs, but who owns a 4.23 ERA with 4.72 FIP and 7.0 K/9 in 23 starts in 2015-16, including a couple of shutouts as a rookie.

Chicago has brought in other rotation options as well. Brett Anderson, a 29-year-old lefty, was limited to 11 1/3 innings last year due to surgery to repair a bulging disc in his back; he signed a one-year deal with a base of $3.5 million and a potential $6.5 million in incentives based on games started. Eddie Butler, a 25-year-old righty whom the Cubs acquired from the Rockies in exchange for Double A reliever James Farris, is a reclamation project who in a best-case scenario could get a look as a starter. He's a former supplemental first-round draft pick (2012) who ranked as high as number 24 on Baseball America's Top 100 Prospects list (2014) but has been lit for a 6.50 ERA in 159 1/3 major league innings over three seasons.

Butler and either Anderson or Montgomery could also be part of a bullpen that's been substantially remade this winter. Gone is late July acquisition Aroldis Chapman, who gave Chicago a 1.01 ERA in 26 2/3 regular season innings but cost them four prospects including Gleyber Torres, whose stock is skyrocketing. Chapman signed a record-setting $85 million deal to return to the Yankees, while the Cubs showed discipline by staying out of the expensive closer pool. The 31-year-old Davis, who pitched for Maddon in Tampa Bay from 2009 to '12, emerged as one of the game's elite relievers in Kansas City, posting a jaw-dropping 0.97 ERA  with 12.1 strikeouts per nine in 139 1/3 innings in 2014 and '15 combined while helping the team to back-to-back pennants and a world championship. He was pitching similarly in 2016 before being sidelined twice by flexor strains; he finished with a 1.87 ERA and 9.8 strikeouts per nine but had more days on the disabled list (51) than innings pitched (43 1/3). Thus he carries some risk, but he'll make “only” $10 million in 2017, with no further commitment required.

Also gone from the bullpen are righties Trevor Cahill (2.74 ERA in 65 2/3 innings) and Joe Smith (14 1/3 innings after being acquired from the Angels), neither of whom was on the postseason roster, and lefty Travis Wood. Used as Maddon’s Swiss Army knife (starter, reliever, pinch-hitter, emergency outfielder, spork), Wood pitched to a 2.95 ERA and 4.54 FIP with 9.0 K/9 in 61 innings. Cahilll signed a $1.75 million-plus-incentives deal with the Padres, Smith got a $3 million deal with the Blue Jays and Wood agreed to a two-year, $12 million deal with the Royals.

As for their replacements, Koji Uehara is the most likely to draw high-leverage duty. The soon-to-be-42-year-old signed a one-year, $6 million deal after posting a 3.45 ERA and 3.51 FIP with 12.1 K.9 in 47 innings for the Red Sox, but he also missed seven weeks due to a pectoral strain. With Carl Edwards Jr., Hector Rondon and Pedro Strop also around as late-inning options, the Cubs don't need to ride Uehara too hard. Lefty Brian Duensing, who was limited to 13 1/3 innings at the major league level last year due to inflammation and surgery to remove bone chips in his elbow, joined Chicago via a $2 million deal. His chances of making the team have improved with Wood’s departure, and likewise for Rule 5 pick Caleb Smith, a 25-year-old southpaw who spent 2016 with the Yankees' Double A Trenton affiliate. Smith, who made seven starts and 20 relief appearances totaling a 63 2/3 innings, with a 3.96 ERA and an eye-opening 9.9 strikeouts per nine, was described by Baseball Prospectus as “a lefty with a marginal three-pitch mix,” albeit one with “fairly consistent reverse splits up the minor-league ladder.” 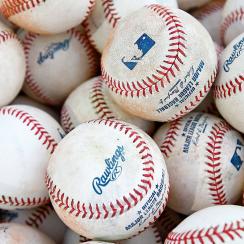 The Cubs have taken care of all their major roster needs without breaking the bank or compromising their future. Sooner or later, they'll probably want to explore the possibility of extensions with youngsters such as Schwarber, Javier Baez, Kris Bryant, Kyle Hendricks and Addison Russell, but none of those moves are urgent, and with Bryant and Russell both clients of Scott Boras, such deals may not be in the cards. More urgent is the situation with Arrieta, who can become a free agent after this year, though the 31-year-old righty is also a Boras client, most of whom wind up testing the market.

After breaking out to win the NL Cy Young Award in 2015, Arrieta pitched to a more modest 3.10 ERA, 3.52 FIP and 8.7 strikeouts per nine in 2016—numbers still good enough to crack the league’s top 10—albeit with a walk rate that nearly doubled from the year before (1.9 to 3.5 BB/9). The two sides have explored an extension but have yet to find common ground, though with another lean crop of free agents upcoming, it still makes sense for the Cubs to try. In November I suggested that if they reach an impasse, the team should explore trading him in exchange for a less established pitcher with a longer timeframe of control; that’s the kind of outside-the-box move that can help maintain a potential dynasty, but at this point, the possibility of that happening seems very slim.

The only real quibble with what the Cubs have done this winter is the extent to which they’ve taken on health risks in Anderson, Davis, Jay and Uehara. Still, they were smart to not overpay for a top-end closer, are wise to give Almora a longer look in the outfield and they have enough depth to withstand those issues, and head into the 2017 season as favorites to repeat.