Marcus Stroman was up to the task – and then some – for Team USA in the World Baseball Classic championship game Wednesday night.

The Blue Jays right-hander – who chose to pitch for Team USA instead of Puerto Rico in the tournament – took a no-hitter into the seventh inning in the 8-0 win over Puerto Rico. He struck out three and walked one, and seemed to enjoy each of the 73 pitches he threw.

Just check out this shimmy:

When the world is yours. #WBC2017 pic.twitter.com/xiaHXHIMuk

Stroman’s reward: a WBC championship to share with his teammates and the MVP Award for his efforts.

You the real MVP. #WBC2017 pic.twitter.com/yA4CMspVQz

Oh, and then there was the postgame celebration.

Stroman now will head back to Jays’ camp in Florida to prepare for the start of the regular season in less than two weeks. You’ll have to forgive him if it feels like the Grapefruit League is a bit of a letdown. 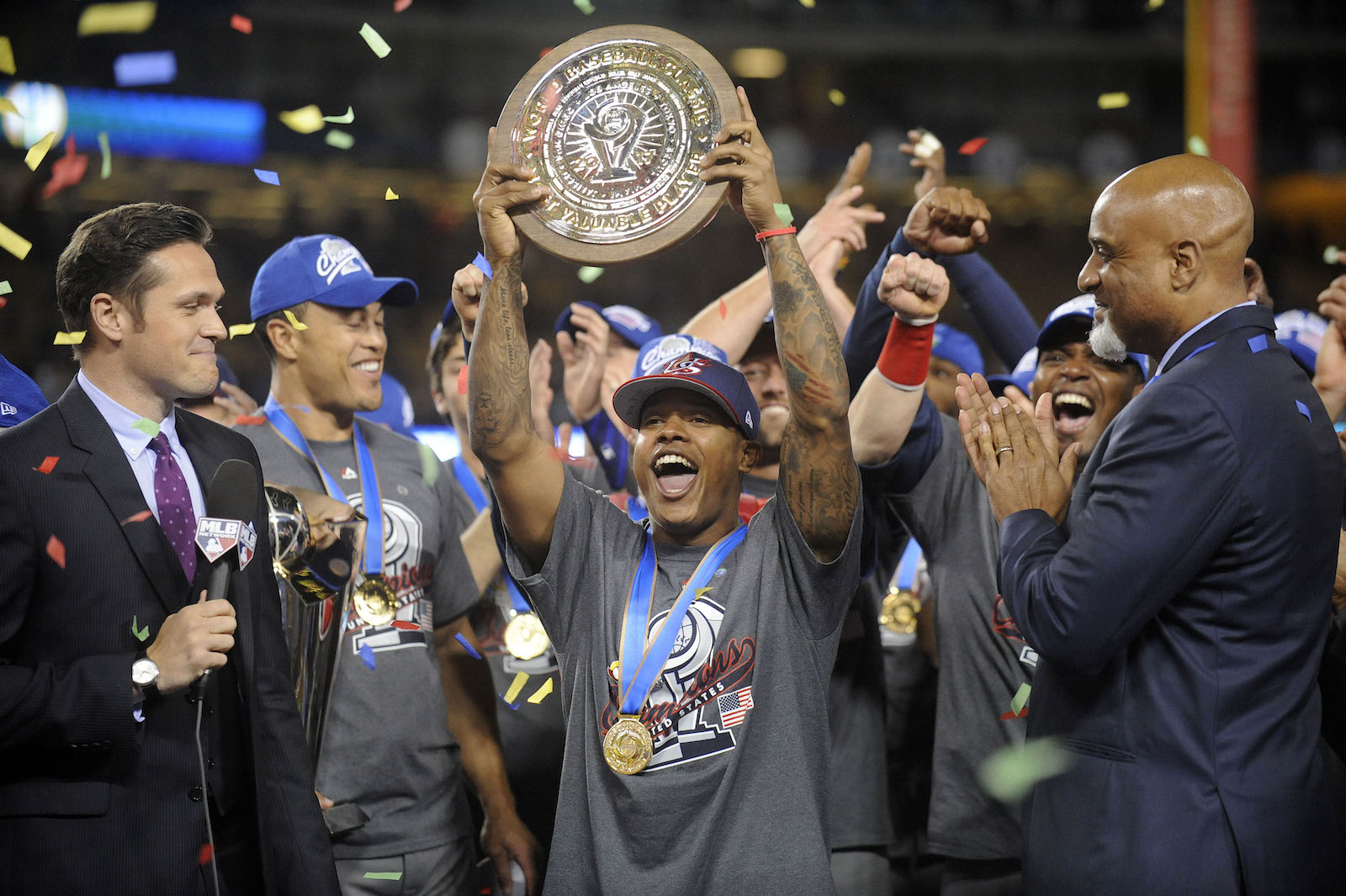 Gallery: 7 things MLB can learn from this year’s fantastic WBC