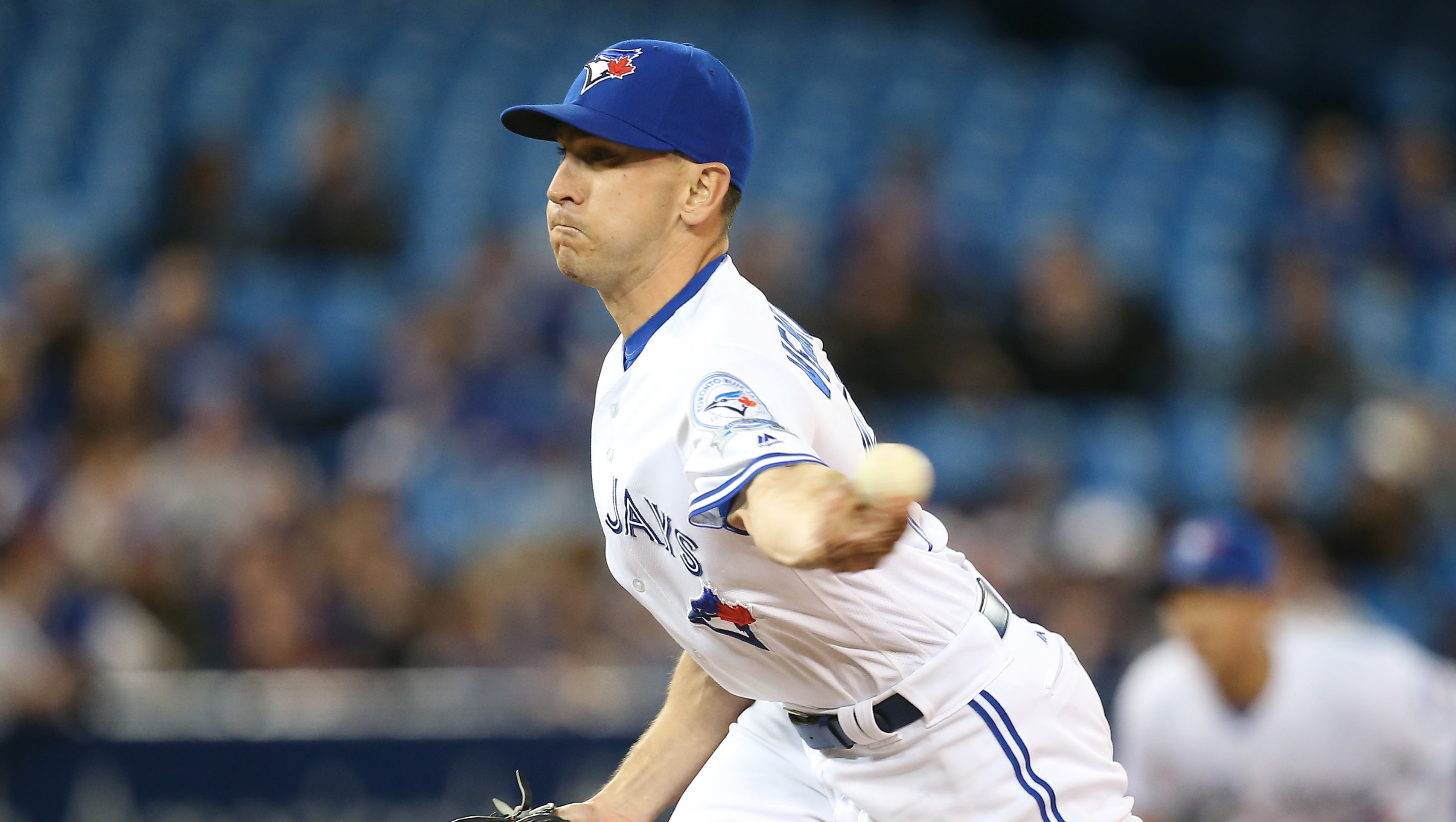 The 30-year-old righty and lefty came up in the Yankees organization before making his MLB debut in 2015 with the Athletics. The Blue Jays later plucked him off waivers and he’s appeared in eight games for the club in 2016, using both arms at various times compiling a 5.19 ERA.

But the reason you’re here, to catch a glimpse of that "bobblearms" toy that the Single-A Staten Island Yankees will give out to 2,500 fans, commemorating Venditte’s 2008 debut that resulted in an actual rulebook modification.

IT'S HERE: The Pat Venditte "Switch-Pitcher" Bobblearms for the 1st 2500 fans on 8/19! Tix: https://t.co/pgjQhuBfzK pic.twitter.com/zuqF9LAmRg

And if you’ve never seen it, here’s a look at Venditte’s unique glove:

The glove of #Athletics switch-pitcher Pat Venditte, which fits both his hands. He'll throw both RH & LH today. pic.twitter.com/5riF0PWSUB