Trading SS Simmons would be an E-6 for rebuilding Braves 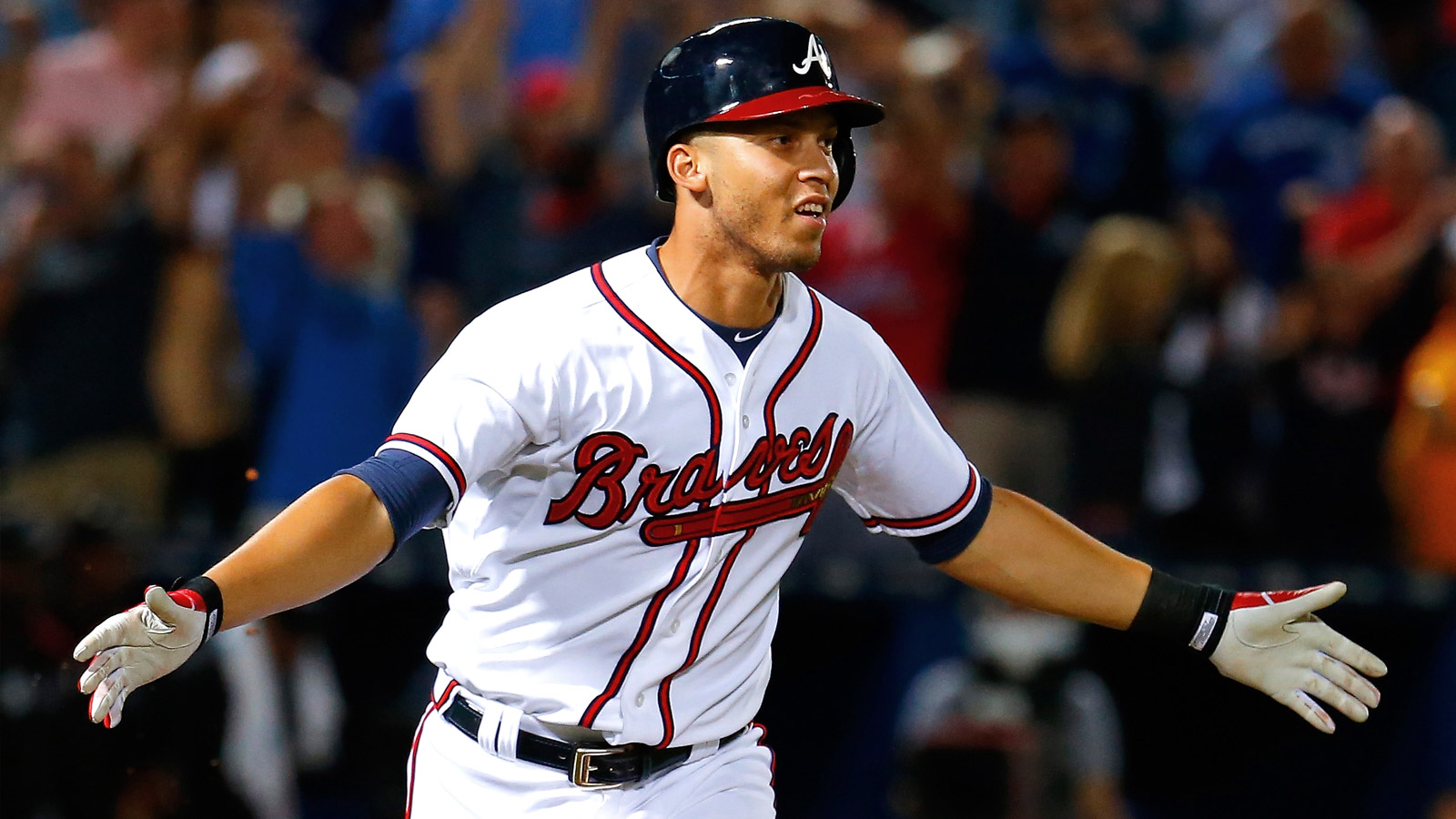 Andrelton Simmons is one of the top all-around shortstops in the majors.

BOCA RATON, Fla. — There is no harm in listening. Teams will consider just about any trade scenario at this time of year, and most never come to fruition.

But know this: If the Braves move shortstop Andrelton Simmons, they will have some serious explaining to do.

I suspect a trade will happen, even though the Braves say they are only listening. They said the same thing last season about Jason Heyward, Justin Upton, Evan Gattis and Craig Kimbrel, and every one of them got moved. Every single one.

But Simmons isn’t like Heyward and Upton, who were entering their free-agent years. He isn’t like Gattis, who was more of an American League player. And he isn’t like Kimbrel, whom the Braves were willing to trade in large part because it freed them of Melvin Upton Jr.’s remaining guarantee.

No, Simmons is one of the Braves’ core players, one of their most identifiable talents. He will play next season at 26. He is signed for the next five seasons for a club-friendly $53 million. And on Wednesday night, he was named the Wilson Defensive Player of the Year. Not just for his team. For all of baseball.

If some club makes the Braves a ridiculous offer, OK — every player is available for the right price. But at some point, this needs to stop.

The Braves, lest we forget, are opening a new ballpark, SunTrust Park, in 2017. Teams generally like to build momentum as they move into new parks, following the example of the mid-1990s Indians — a team run by, ahem, none other than the Braves’ current president of baseball operations, John Hart.

Hart, assisted by future Rockies GM Dan O’Dowd, began the now-common practice of signing young core players to long-term deals. The Indians locked up 12 such players, including Carlos Baerga, Kenny Lofton, Jim Thome and Manny Ramirez. And it worked. Boy, did it work.

In 1994, the inaugural season at Jacobs Field, the Indians ended a streak of seven consecutive losing seasons. In ’95, they went 100-44 in a strike-shortened campaign, beginning a run in which they reached the playoffs six times in seven years and the World Series twice.

That was the year that the Indians began a streak of 455 straight sellouts, a streak that did not end until April 4, 2001. And that period was when Hart made his reputation, producing the most golden era in Indians history.

Maybe Hart, with John Coppolella as his GM, will pull off the same feat in Atlanta; the Astros certainly benefited from a complete teardown, and a trade of Simmons would continue that pattern. The Braves also hold the No. 3 pick in next year’s draft and the same slot in the international bonus pool allocation, and the way they are headed, they figure to pick in the top 10 the year after that as well.

Hart had more time to build the Indians — he was an integral part of their front office before becoming their GM in Sept. 1991. The Braves, for a variety of reasons, perhaps need to be more nimble with their retooling. But what is the end game here? First baseman Freddie Freeman would be next, right? When exactly would the Braves be good again? Why would fans even want to watch this team play?

Coppolella seemingly has latitude under Hart, and certainly seems to love the action — he’s almost like an East Coast version of the Padres’ A.J. Preller. Maybe the grand plan will work, and the Braves will turn around quickly, and if it’s a year or two after the ballpark opens, so be it. But this strategy also comes with risk.

Simmons, mostly due to the strength of his defense, is one of the top five shortstops in the game according to the two primary versions of Wins Above Replacement (WAR). He is the kind of player you build around, not the kind you move.

Trade him, and you might spend years trying to replace him. Trade him, and the final season at Turner Field will be that much more painful. The first season at SunTrust Park, too.