The Blue Jays should make their phenom Aaron Sanchez a starter

Aaron Sanchez has shown the stuff to potentially be a dominant starter for Toronto.

The safe play for the Blue Jays — and maybe the correct play — is right-hander Gavin Floyd in the rotation, right-hander Aaron Sanchez in the bullpen.

But it is not the upside play.

No, the upside play is for the Jays to finally turn Sanchez loose, put him in their rotation and worry about his innings restrictions later.

A scout who is tracking the Jays laughed at me for even asking him which option he preferred, saying that Sanchez would be the Opening Day starter for half the teams in the majors. 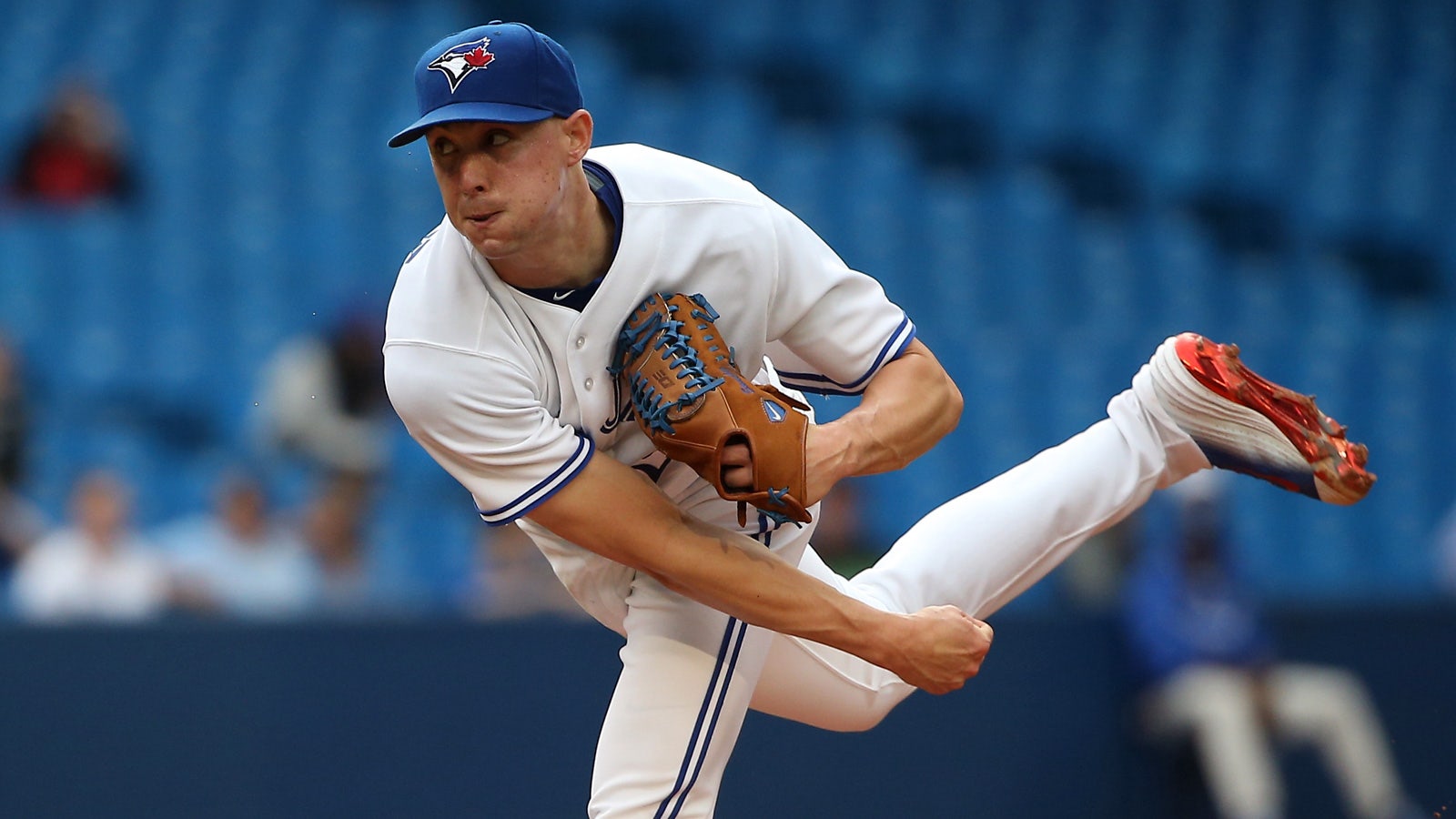 Hyperbole aside, the scout is on the right track.

Sanchez should be in the Jays’ rotation.

Floyd can pitch out of the bullpen — he had a 2.70 ERA in seven relief appearances for the Indians last September. And if the Jays do not start Sanchez now, when exactly will they come around to the idea?

To be fair, you can argue both sides; the Jays do not see this as an easy call. Club officials, after meeting on the subject Friday, have yet to reach a final decision.

Sanchez and Marcus Stroman could give the Jays two dynamic young starters at a time when they are trying to max out with right fielder Jose Bautista and first baseman Edwin Encarnacion entering their free-agent years.

The Jays, in case you haven’t noticed, play an aggressive, go-for-the-jugular style, embodied by Bautista and American League MVP Josh Donaldson. It would be only fitting if the team’s decision-making reflected their players’ approach.

On the other hand, Sanchez is a proven weapon in the bullpen, and could team with left-hander Brett Cecil and righties Drew Storen and Roberto Osuna to give manager John Gibbons a formidable late-inning quartet.

Sanchez, 23, has a 1.35 ERA in 20 Grapefruit League innings this spring, but not all scouts are convinced — one said that he is still not sure Sanchez is confident enough in his secondary pitches to succeed as a starter.

Floyd, 33, also has looked good this spring, producing a 2.19 ERA in 12 1/3 innings. The question with him is health — he has appeared in only 21 games the past three seasons after undergoing Tommy John surgery and twice breaking the olecranon bone in his right elbow.

Given Floyd’s history — and his one-year, $1 million free-agent contract — the Jays could simply ride him for as long as possible in the rotation; he is a legitimate major-league starter when sound. They then could open with Sanchez in the bullpen, preserving his innings, and move him into the rotation later, if necessary.

Sanchez’s innings will be an issue one way or another — he threw a career-high 133 1/3 in 2014, then 102 1/3 last season, including his minor-league totals. But if the Jays broke with him in their rotation, they could move him to the bullpen later. By then, they would have established him as a starter — maybe even a front-of-the-rotation type. 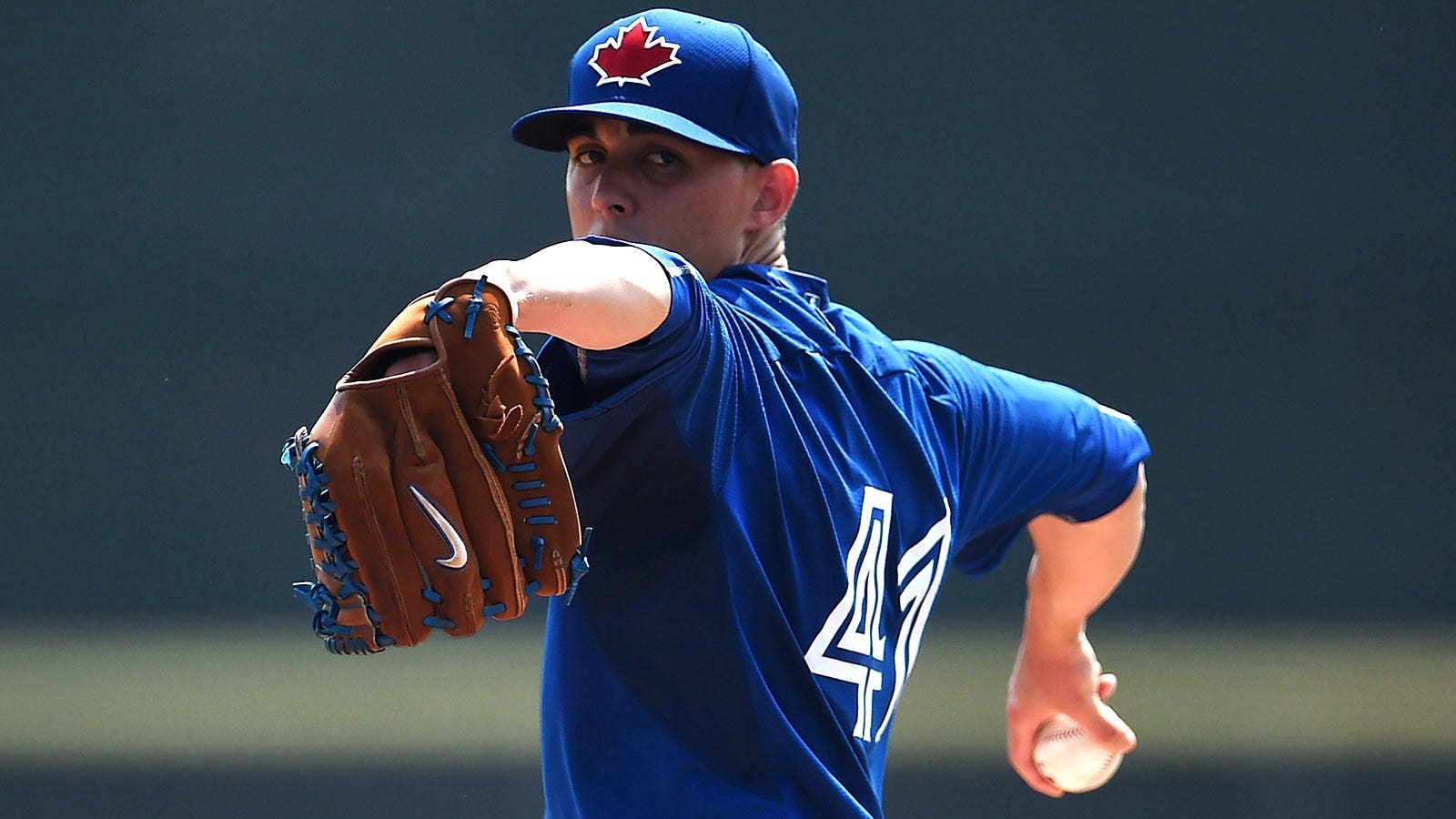 In Sanchez’s first two major-league seasons, only 11 of his 65 appearances were starts. Starting gives him a far better chance to refine his secondary stuff than relieving. And if he remains dominant in the bullpen, the Jays might continue resisting moving him into the rotation.

Remember how the Reds kept toying with the idea of starting Aroldis Chapman but never committed to the idea? Chapman, obviously, was a special case. But at some point, the Jays need to trust Sanchez as a starter. Right-hander R.A. Dickey is a free agent after this season; Sanchez is his likely replacement.

The Jays, in case you haven’t noticed, play an aggressive, go-for-the-jugular style, embodied by Bautista and American League MVP Josh Donaldson. It would be only fitting if the team’s decision-making reflected their players’ approach.

Sanchez in the rotation. Floyd in the bullpen. Go for the upside.