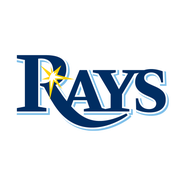 Fairbanks (2-3) was credited with the win in an extra-innings victory over the Yankees on Tuesday, firing a scoreless 12th inning during which he allowed a hit and recorded a strikeout.

Fairbanks was the last of eight relievers utilized by manager Kevin Cash behind starter Yonny Chirinos, who worked a modest three innings by design. The right-hander has been reliable more often than not in September despite a 5.23 ERA, a figure that belies the fact half of the six earned runs he's surrendered during the month came in one outing.