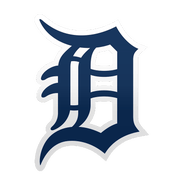 Moore was once considered one of the top prospects in baseball after two solid seasons with the Rays in 2012 and 2013, but a slew of injuries hindered his development in subsequent seasons. The southpaw will look to improve his stock overseas after he made only two appearances for the Tigers last season as a result of a knee injury. If he can perform well in Japan, it wouldn't be surprising to see the 30-year-old back in the majors at some point in the future.