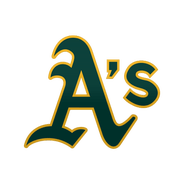 Deichmann is included in the 60-man player pool that will report to the Athletics' summer camp, Martin Gallegos of MLB.com reports.

The 2017 second-round pick earned accolades from veteran players for his performance during Cactus League play before spring training was suspended, and he'll now have a chance to continue his professional development irrespective of what happens with the 2020 minor-league season. Deichmann did struggle to a .219/.300/.375 line at Double-A Midland last season, so he's not projected to make the Opening Day roster and is instead expected to be part of a pool of up to 30 players slated to continue training at an alternate location during the regular season.