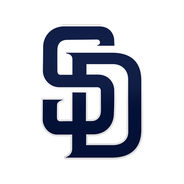 Pomeranz has agreed to a deal with the Padres, Ken Rosenthal of The Athletic reports.

The deal, which is pending a physical, will be for four years and $34 million, Robert Murray of The Athletic reports. Pomeranz was utterly dominant after moving to the bullpen last year, logging a 1.88 ERA, 0.84 WHIP and 39.6 K-BB% in 28.2 innings. He should operate as the Padres' top setup man and has proven capable of getting more than three outs when needed.