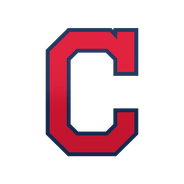 Carrasco has already built up to a six-inning workload, Zack Meisel of The Athletic reports.

Pitchers' expected workloads will be something to monitor over the course of the month, as having a pitch count in even just the first two starts of the season could represent a full sixth of a given pitcher's starts this year. It sounds as though Carrasco was lucky enough to be able to build up on his own before joining his teammates for their first workouts together since March, so he'll likely be unrestricted to start the season.

Indians president of baseball operations Chris Antonetti said Monday that Carrasco (elbow) will be ready to go when the Indians resume training this week, Tom Withers of the Associated Press reports.

Carrasco's status for Opening Day was looking iffy after he required an injection in his sore right elbow back in mid-March, but he was apparently able to take advantage of MLB's nearly four-month shutdown to make a full recovery. The Indians could choose to ease Carrasco along more carefully than their other starting pitchers in workouts once camp begins, but the right-hander should remain roughly on pace with the rest of his rotation mates by the time the Indians begin their 60-game season in late July.