ST. LOUIS — Mark Feb. 25 on your calendar in big, bold letters. That’s the date the St. Louis Cardinals play their first game of 2017.

The Cardinals announced their 2017 spring training schedule Thursday. They’ll play 32 Grapefruit League games from Feb. 25 through March 29. Then they’ll play two more exhibitions — at Memphis on March 30 and at Springfield on March 31.

The Cardinals will open the regular season on Monday, April 3, when they host the world champion Cubs. It will be St. Louis’ first season opener at home since 2011. 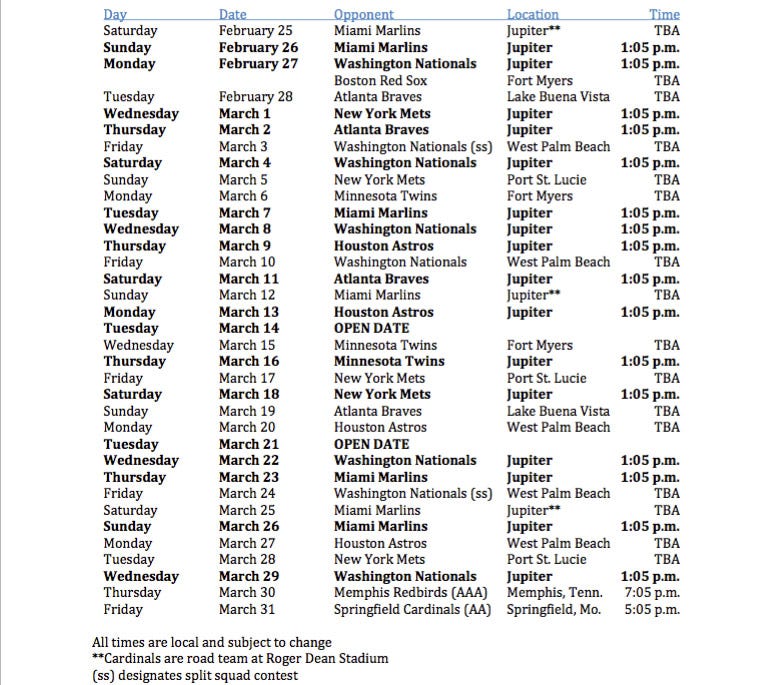