Sammy Sosa and Mark McGwire slugged it out for the home run record in 1998, McGwire finishing with 70 and Sosa belting 66.

ST. LOUIS — Joe Maddon stepped to the podium spouting names of obscure Cardinals from the past.

The Cubs manager is also a big fan of the game, and in particular an admirer of St. Louis’ stature as one of major league baseball’s jewel franchises with 11 World Series titles. Every time he comes to town, he finds a way to work Branch Rickey into the conversation, and the eve of the NL Division Series was no exception.

Maddon spotted a photo of 1964 Cardinals World Series stalwarts and said he could name "almost" everybody. He wanted to meet Ed Spiezio, Phil Gagliano and Jerry Buchek, all long-ago St. Louis grinders, and he’s pals with Tim McCarver and Mike Shannon.

"The whole group reeks of tremendous," the manager said. "But right now I’m a Cub and hopefully will be a Cub for a long time."

He’s leading an intense, century-long rivalry to a whole new level, too. This will be the first postseason meeting between teams a convenient five-hour interstate drive apart, ensuring a vociferous presence for both sides no matter the stakes.

Here’s a sampling of some memorable moments, one of them quite recent:

EYE FOR AN EYE

On Sept. 18, Maddon dispensed with the Cardinal Way admiration, instead labeling St. Louis a "vigilante group" after Anthony Rizzo was hit by a pitch thrown nearly behind him by Matt Belisle. Maddon viewed it as retaliation for Chicago’s Dan Haren hitting Matt Holliday in the head with a pitch earlier in the game. Both teams downplayed the incident during the workout day Thursday.

"This time of year, you play teams as much as we play teams in our division, you’re going to have times when, you know, whether it’s just the competitive nature or whether it’s tempers, whatever it is, it goes in a direction like that," Cardinals manager Mike Matheny said. "But for us, you know, that’s in the past." 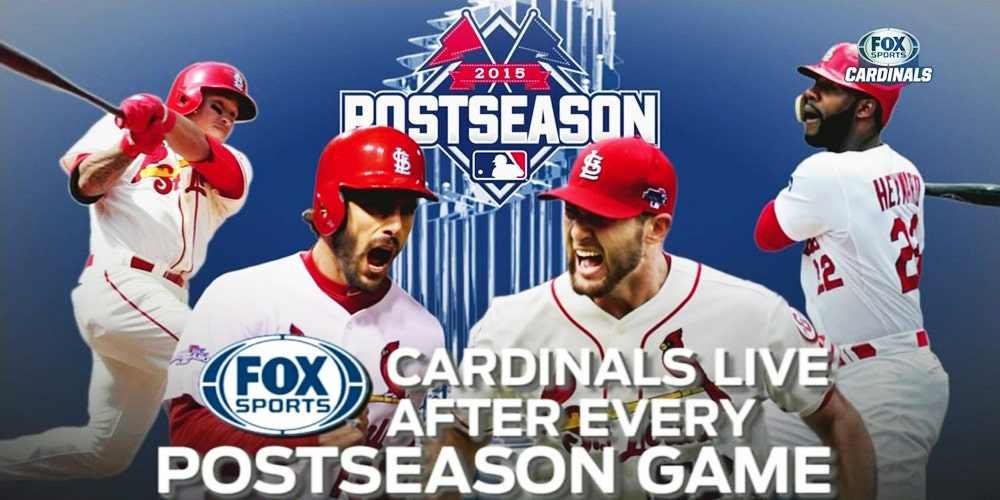 Mark McGwire and Sammy Sosa slugged it out for the home run record in 1998, McGwire finishing with 70 and Sosa belting 66. In early September, McGwire broke Roger Maris’ 38-year-old record with his 62nd of the season. The liner off Steve Trachsel, the shortest of McGwire’s mostly mammoth clouts that season, curled over the left-field wall at old Busch Stadium. McGwire finished with 583 career homers, Sosa with 609, but tainted by steroids use, neither has gotten a sniff from the Hall of Fame.

In 1984, when the Game of the Week ruled on Saturday afternoon, Ryne Sandberg twice got the best of fellow future Hall of Famer Bruce Sutter with a pair of late-inning tying homers at Wrigley. Sandberg’s blasts helped boost a franchise that ended a 39-year postseason drought. Overshadowed by the Sandberg heroics, the Cardinals’ Willie McGee hit for the cycle.

In late September 2011, the Cardinals stayed alive in the NL wild-card race by keeping their bat on their shoulders. Carlos Marmol forced home the tying run with a bases-loaded walk to Ryan Theriot with two outs in the ninth and followed with a game-ending wild pitch, giving St. Louis a 2-1 victory over the Cubs. "I know they’re taking a lot of pitches," Marmol said. "I have to throw strikes." St. Louis ended up winning the World Series in manager Tony La Russa’s final season.

In 2002, a Cardinals-Cubs game was tearfully postponed after St. Louis ace Darryl Kile was found dead in a Chicago hotel room. The Cardinals advanced to the NL championship series, parading Kile’s No. 57 jersey on the field after their successes.

In 2003, La Russa and Cubs manager Dusty Baker engaged in a shouting match at Wrigley Field after an exchange of hit batsmen. After Haren, then pitching for St. Louis, plunked Cubs pitcher Matt Clement, Baker rushed the field and pointed angrily at the St. Louis dugout.

"A lot of wacky moments at Wrigley," Cardinals pitcher Adam Wainwright said. "It’s been fun playing against them, and it’s my favorite place to play."

Play, maybe. The amenities, even at the refurbished park, leave something to be desired.

"The facilities are absolutely terrible," Wainwright said. "But it’s hard to beat the Wrigley day-game atmosphere for a road game."