ST. LOUIS — The St. Louis Cardinals announced today that fans will be able to catch nearly all of the club’s 2015 spring training games on FOX Sports Midwest and the Cardinals Radio Network.

FOX Sports Midwest will televise 15 games in 2015 — one of the largest spring broadcast schedules in Major League Baseball. The television home of the Cardinals kicks off its live game coverage on Thursday, March 12, when the Cardinals take on the reigning AL East champion Baltimore Orioles. Over the following weeks, FOX Sports Midwest will broadcast every remaining Cardinals game at Roger Dean Stadium. The television schedule also features matchups with the Marlins, Twins, Tigers, Mets, Braves and Nationals. Most games will be replayed in prime time.

As in years past, veteran broadcasters Mike Shannon and John Rooney will broadcast 18 games on the team’s flagship station KMOX (AM 1120) and the Cardinals Radio Network, including the Cardinals’ exhibition game against the Memphis Redbirds at the newly renovated AutoZone Park in Memphis on Friday, April 3. This year will mark Mike Shannon’s 44th season and John Rooney’s 10th year in the booth.

The radio schedule begins on Thursday, March 5, when the Cardinals kick off Grapefruit League play vs. Miami at Roger Dean Stadium, the first of five broadcast games against the Marlins. Throughout spring training, every Saturday and Sunday broadcast will feature the Cardinals Pre-Game Show. The show will air 20 minutes prior to first pitch and features Mike Shannon or John Rooney interviewing Cardinals players, coaches and other baseball personalities. The 134 Cardinals Radio Network affiliates will carry most Saturday and Sunday games, as well as select weekday games. Fans are encouraged to check their local listings for details. 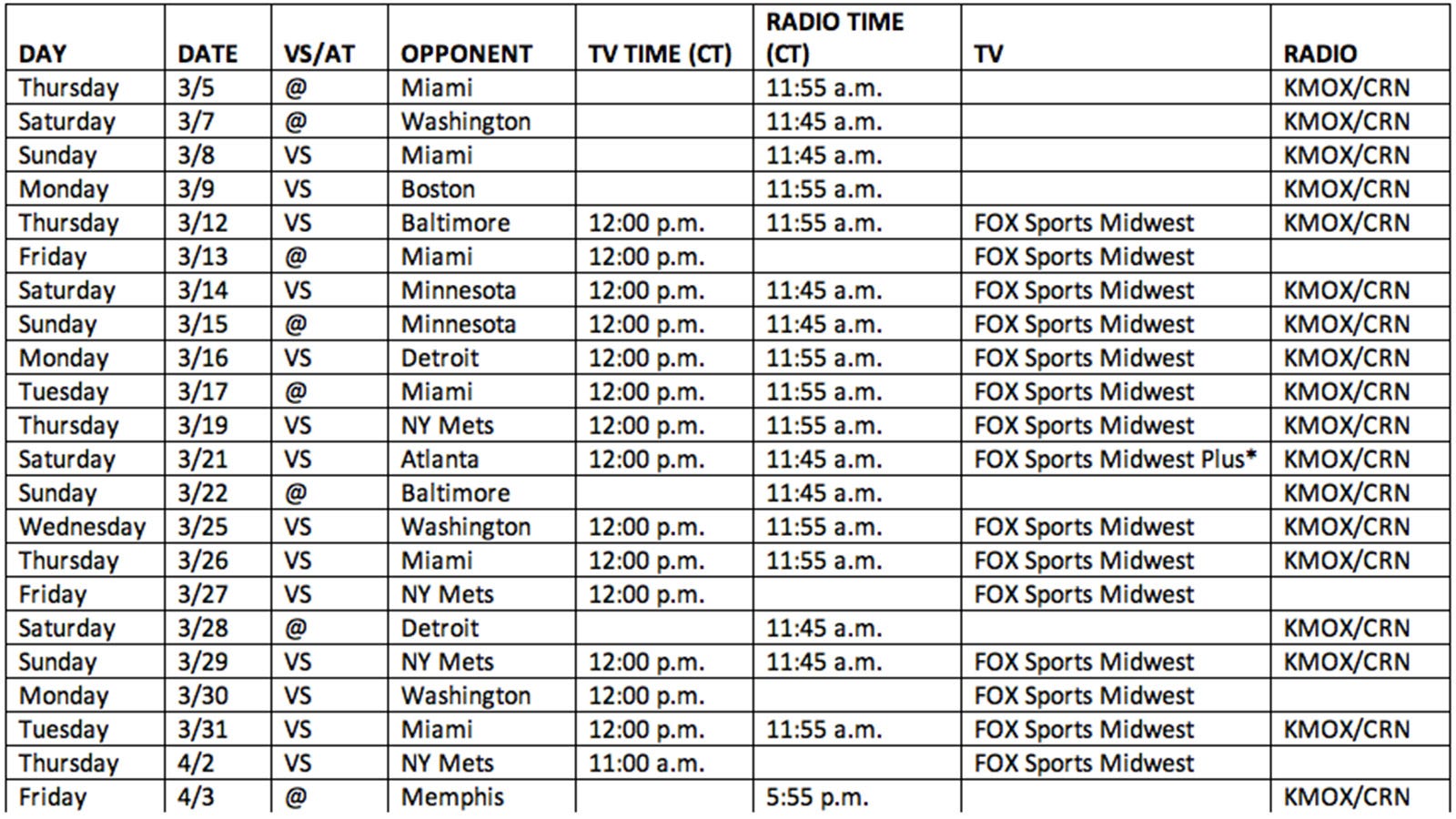