CANTON, Ohio — Tony Gonzalez probably could have been a star in the NBA. Instead, he chose the NFL path, and the most productive tight end in history has entered the Pro Football Hall of Fame.

A six-time All-Pro, Gonzalez helped revolutionize the position, lining up in traditional tight end spots as well as flanked out or in the backfield — pretty much everywhere on the field. Then he beat slower linebackers or smaller defensive backs everywhere on the field in 12 seasons with Kansas City and five with Atlanta. He stands second in receptions with 1,325 only to Jerry Rice, like Gonzalez a Hall of Fame inductee in his first year of eligibility.

A first-round draft pick by Kansas City in 1997, Gonzalez was 33 when traded to Atlanta in 2009. By then, he already held NFL records for catches and yards receiving by a tight end.

His final totals included 15,127 yards receiving and 111 touchdowns in the regular season. He made 14 Pro Bowls and the NFL All-Decade Team of the 2000s.

“Be fearless, and focus,” said Gonzalez, who was presented by his cousin, Dennis Allen. “I believe (success), it’s in your heart and your mind. I learned this just from watching the greats.” 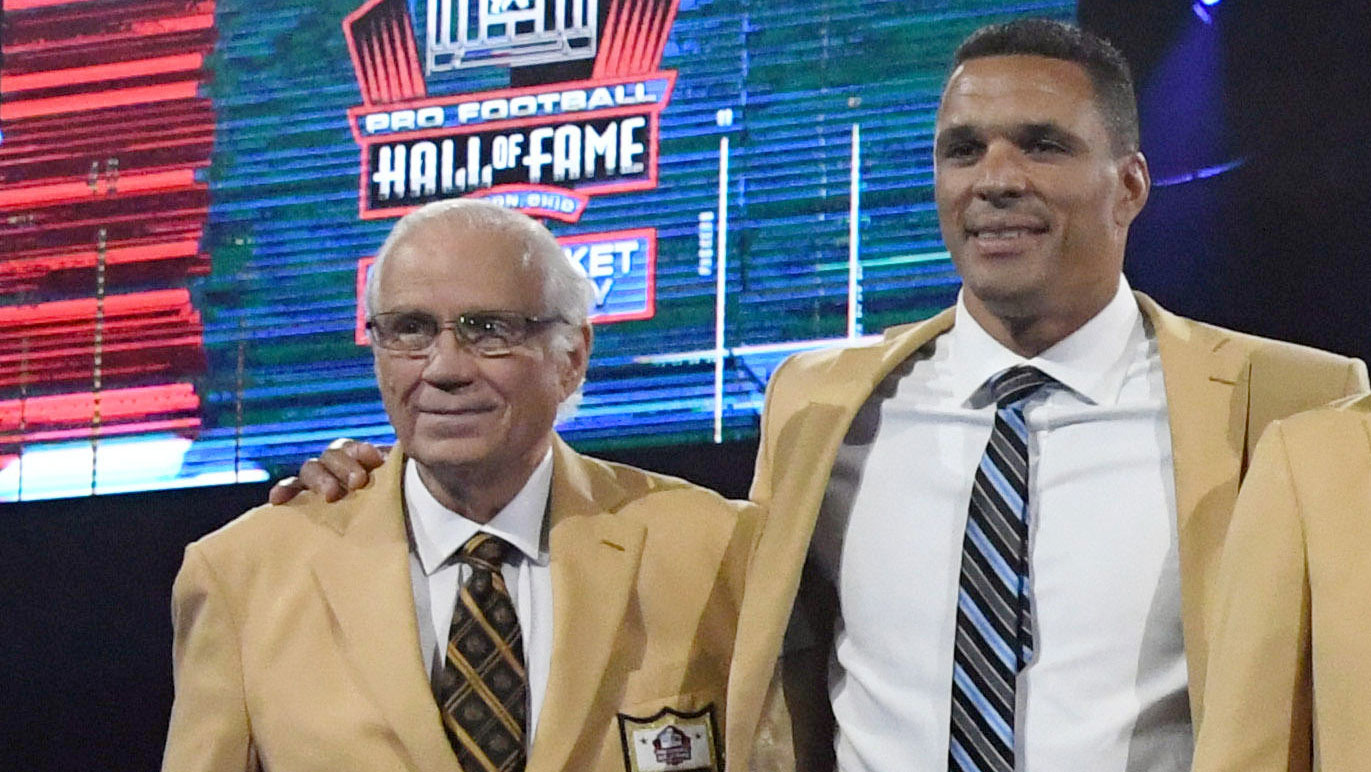