Key to Pacers’ 2018-19 season could be maintaining selfless approach

Michael Marot AP Oct 10, 2018 at 3:51p ET
share url email fbmsngr whatsapp sms
All for one and one for all -- it was the Pacers' recipe for success last season.
Trevor Ruszkowski-USA TODAY Spor

The key to this season might actually be maintaining the selfless approach the Pacers used to emerge as one of last season’s biggest surprises.

“We want to continue to build that culture,” coach Nate McMillan said. “We’ve been throwing that around a lot because I thought that was a big part of us having success last year — creating an atmosphere in which we play together, an atmosphere of sacrifice. All that was created last year and we’ve got to do that again this season, I think, to have success.’

Indeed, it’s critical that the Pacers rekindle the togetherness they had last season when they proved everyone wrong about the Paul George trade. The preseason conventional wisdom was that Indiana, a perennial contender in the East with George, would struggle without him.

Instead, after spending three seasons in relative obscurity in Orlando and one as Russell Westbrook‘s understudy in Oklahoma City, Oladipo showed everyone why the Magic took him with the No. 2 overall pick in 2013.

He became the Pacers’ emotional floor leader, delivered a breakout season and nearly led the Pacers to a first-round upset of eventual conference champion Cleveland.

The changes are already showing in the offseason work. Forward Thaddeus Young opted to stay in town largely because of the locker room atmosphere.

With all five starters back, the Pacers will see if they can pick up where they left off. Indiana opens the season at home Oct. 17 against Memphis.

“The No. 1 thing is developing the chemistry,” president of basketball operations Kevin Pritchard said. “I think that’s what made last year’s team so good was their chemistry, how they got along. That’s a process you never know how that’s going to go. But we’re bringing back our top seven in terms of minutes played, so we hope we can keep that chemistry and continue to build on it.”

The Pacers’ biggest desires for Turner over his first three seasons was seeing him get stronger so he could become a better rebounder. It appears Turner has finally fulfilled those goals. The 6-foot-11, 250-pound center documented his offseason transition in photos on social media, and it didn’t take his teammates long to see a difference when he reported to training camp.

“I wanted to push myself to new limits, push my body, push my game and push my mindset,” Turner said. “I’ve been at this for three years and now I see the improvements and things getting better. It’s exciting.”

While Indiana let Lance Stephenson leave in free agency, Pritchard made a concerted effort to improve the bench. He signed veteran guard Tyreke Evans, a more consistent shooter, and forward Doug McDermott to replace Stephenson’s scoring touch. Indiana also added size with the signing of 6-10, 250-pound forward Kyle O’Quinn. Pritchard said he was most impressed with two qualities O’Quinn brings to the table — a penchant for setting picks and grabbing rebounds.

Oladipo was last season’s NBA steals champ, and Indiana demonstrated its defensive prowess by consistently holding the Cavaliers below their scoring average in the playoffs. This season, they could be even better.

“I don’t know if we have the individual pieces to be a great defensive team, but I think collectively we can be,” Pritchard said.

The Pacers aren’t just looking to longtime veterans for help this season. They’re also expecting to get key contributions from forward TJ Leaf, their little-used first-round pick in 2017, and point guard Aaron Holiday, their top pick this summer. 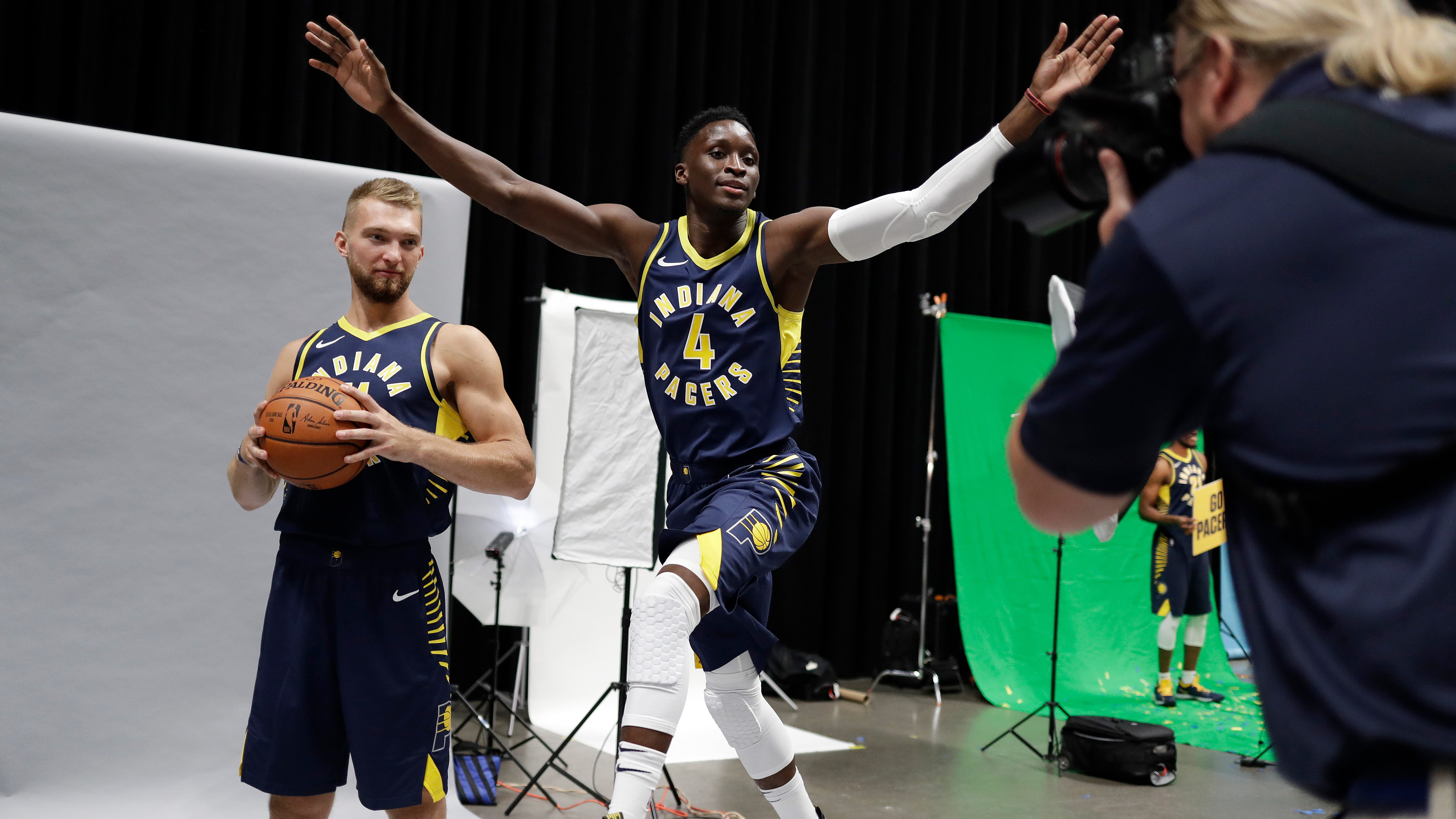