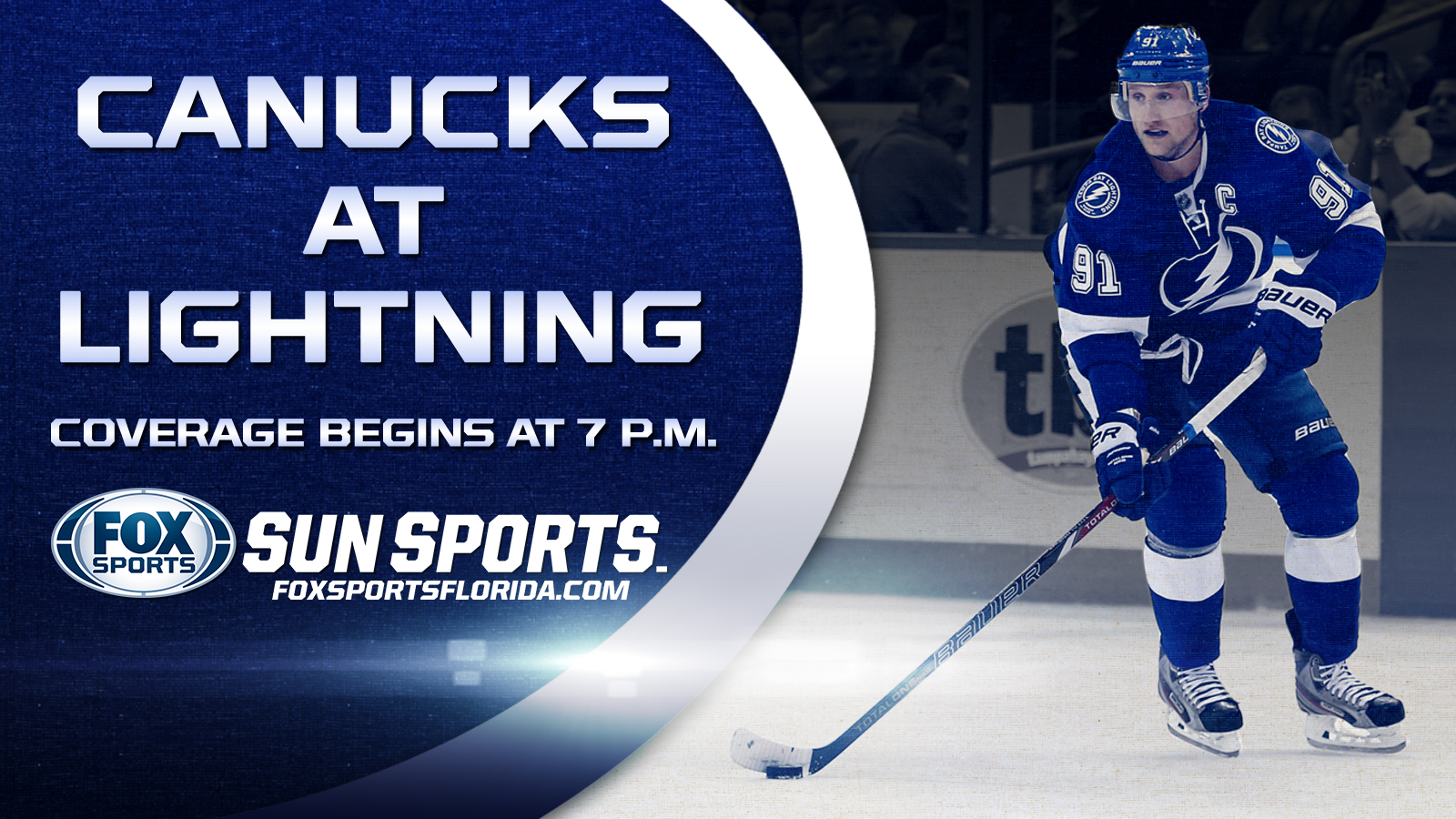 The high-scoring Tampa Bay Lightning are on the verge of matching the longest home win streak in club history.

The Vancouver Canucks are tied for the NHL lead in road victories.

The Lightning can make it eight straight at home Tuesday night when they welcome a Canucks team that has won three straight behind goaltender Ryan Miller as well as strong penalty killing.

The Lightning lead the league with 3.19 goals per game.

Vancouver (26-15-3) seeks to cap a five-game trip with a fourth straight win after beating Florida 2-1 on Monday. Miller stopped 23 shots, though his career-best scoreless streak ended at 200:45 when he conceded with 2:32 left.

"It was fun while it lasted but the important thing was to get the two points here and move onto Tampa," Miller said.

Miller made 30 saves in Thursday’s 4-0 win at Philadelphia and had 28 the next night in a 3-0 win over Carolina. He did not start when the Canucks lost 4-2 at home to the Lightning on Oct. 18, with Eddie Lack getting the nod and allowing two goals to Steven Stamkos.

"Clearly Vancouver is not a pretender," Tampa Bay coach Jon Cooper said. "Those guys, they’ve got a team and (they’re) cruising through the East, just shutting teams out and we know when we played them up there, although we won the game, we know there were times when they were on us pretty good."

Now the question is whether Miller will start Tuesday. The earlier back-to-back on this road trip marked the first time he started both ends, and coach Willie Desjardins said he would make a decision during the morning skate.

Vancouver features the league’s second-best penalty kill at 87.9 percent. That unit is at 92.5 over the last 16 games, killing off all 11 penalties in this win streak.

"It’s been real good, it’s been good throughout the year and it makes a difference," Desjardins said. "We’ve put ourselves in some bad spots against some good power plays and we’ve been able to find a way to get out of it."

The Canucks haven’t won four straight on the road since March 12-24, 2013. Their 15 road wins match the New York Islanders for the league’s most.

"I think it takes character to win on the road," Desjardins said.

The Lightning will start Ben Bishop, who is 3-0-0 with a 2.33 goals-against average in three starts against Vancouver.

Stamkos had a four-game goal streak snapped Saturday while Tyler Johnson and Nikita Kucherov also came up empty. Stamkos is among the league leaders with 26 goals while Johnson and Kucherov each have 17.

Radim Vrbata is the only Vancouver skater with at least as many as Johnson and Kucherov. He scored his team-high 18th on Monday.