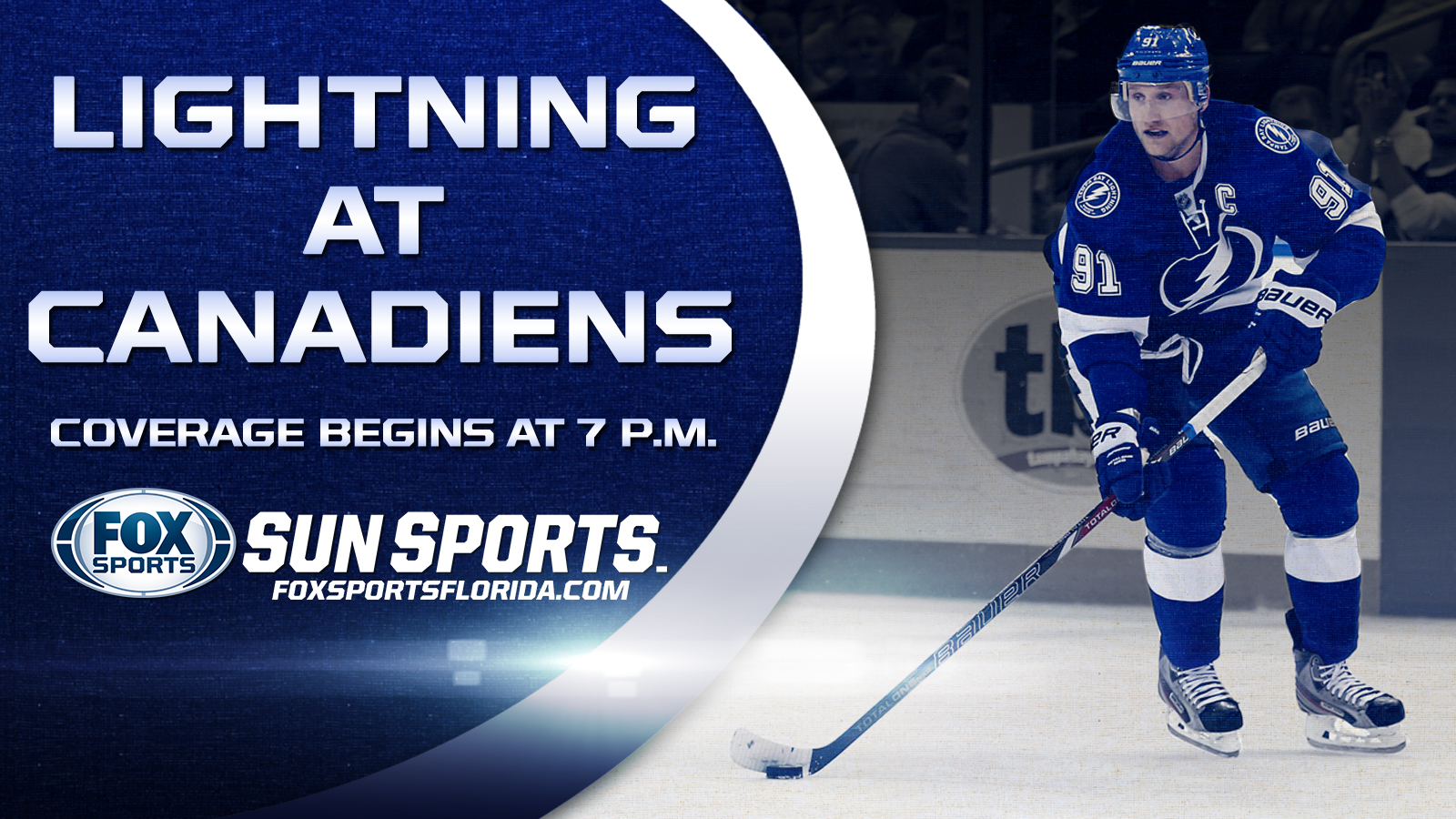 The Tampa Bay Lightning and Montreal Canadiens share the Eastern Conference lead, and two of the hottest teams in the NHL appear to be in for a tight battle with each other for the Atlantic Division crown as the season progresses.

Their first meeting wasn’t much of a contest, though, thanks in large part to Steven Stamkos.

The Lightning look to prevent Montreal from recording its longest winning streak in nearly nine years while recording their fourth straight regular-season victory over the Canadiens on Tuesday night.

These clubs hold a one-point edge on Pittsburgh and the New York Islanders for the East lead, though Montreal (26-11-2) has two games in hand on Tampa Bay (25-12-4).

The Lightning have won five of six after beating Ottawa 4-2 on Sunday to rebound from Friday’s 6-3 loss to the Penguins. Stamkos gave Tampa the lead for good with 3:55 left in the second period, and Tyler Johnson put it away with his second goal of the game in the third.

"We’re starting to come back (in games) a little bit, and I think it’s just the kids are maturing understanding that you’ve got to stick to the plan," said coach Jon Cooper, whose club trailed midway through the second.

Stamkos’ only two points over his previous six were a goal and an assist in a come-from-behind 3-2 win over Toronto on Dec. 29.

"Things haven’t been going great lately so (I’m) just trying to work hard," Stamkos said. "It was good to see that one go in and hopefully get things rolling."

Stamkos didn’t have much trouble scoring against the Canadiens on Oct. 13, netting a hat trick in a 7-1 rout in the first meeting since Montreal swept the Lightning in the first round of last season’s playoffs.

Tampa is 4-0-1 in the last five regular-season meetings with the Canadiens, who completed a perfect four-game road trip with Saturday’s 4-1 win over Pittsburgh.

They’ve won nine of 10 overall, and on Tuesday can win a seventh straight for the first time since an eight-game run March 23-April 6, 2006.

"It shows a lot of character in this locker room," said defenseman Tom Gilbert, who had a goal. "We know that we’re going home and I just think we use that confidence that we’ve been playing (well) on the road here."

Montreal is the only team in the league without a loss when scoring first, going 16-0-0.

"I think we’ve been playing our best hockey and been doing really good things with the puck," Gilbert said. "We’ve been keeping it simple."

Carey Price made 30 saves to improve to 8-1-0 with a 1.34 goals-against average over his last nine, but he wasn’t nearly as sharp in the first meeting with Tampa Bay. He gave up four goals on 23 shots through two periods and was pulled for the only time in his 32 starts this season.

Price is 1-2-2 with a 2.04 GAA in his last five regular-season starts against the Lightning, who have held the Canadiens to one non-shootout goal in each contest in that stretch.

Ben Bishop, who missed all of last season’s playoff series with Montreal due to injury, could be in net for the Lightning. He’s 6-1-2 with a 1.27 GAA in nine career starts against the Canadiens.

Tampa Bay defenseman Radko Gudas will have arthroscopic knee surgery on Tuesday and is out indefinitely.