The rest was so-so.

Fitzpatrick completed his first series with a 6-yard touchdown run before the Cincinnati Bengals pulled away to a 23-12 victory over the Buccaneers on Friday night.

The 34-year-old quarterback signed a one-year deal for a chance to back up Jameis Winston . Fitzpatrick had mixed results after his TD, going 6 of 13 overall with an interception. He also scrambled twice for 15 yards. Fitzpatrick lost the ball while trying to throw, but recovered his fumble.

“It’s nice to get into a game situation just figuring out how they set the tempo and pace,” Fitzpatrick said. “It’s something I’ve had to work on.”

Ryan Griffin — Tampa Bay’s third-string quarterback the past two seasons — left in the fourth quarter after someone landed on his passing shoulder. There was no estimate how long he’ll be sidelined.

Tampa Bay opened the game with a 14-play, 92-yard drive, but had to settle for a field goal after Adam “Pacman” Jones broke up a pair of Winston’s passes in the end zone. Jones is suspended by the NFL for the season opener because of his offseason arrest.

Bengals coach Marvin Lewis was on the sideline after missing a practice last week because of a knee problem.

Andy Dalton had his full complement of receivers — A.J. Green and tight end Tyler Eifert have returned from significant injuries last season — and moved the offense smoothly on Cincinnati’s opening drive before making a bad decision. Vernon Hargreaves III anticipated Dalton’s sideline throw and picked off a pass at the 1-yard line .

Dalton had plenty of time to throw behind Cincinnati’s reconfigured line.

“I just wish I could have that last play back,” said Dalton, who was 4 of 5 for 38 yards on his only drive.

Green, who missed the last half of last season with a hamstring injury, had a pair of catches for 21 yards.

Both teams have kicker competitions that were in the spotlight in their preseason opener.

Roberto Aguayo made a 20-yard field goal on Tampa Bay’s opening possession, but he was wide right on a 47-yard try and hit the right upright on the extra-point attempt. Nick Folk was good from 45 yards on his only chance.

The Bengals’ kickers were perfect. Randy Bullock made field goals of 54 and 49 yards and his extra-point try. Jake Elliott, who was drafted in the fifth round, connected from 45 yards and also made an extra point.

“We both had a good night tonight,” Elliott said. “We put all of them through, which is what you want.”

Buccaneers: CB Brent Grimes (leg) and C Ali Marpet (ankle) sat out. RB Russell Hansbrough left in the fourth quarter to be evaluated for a concussion.

Bengals: RB Giovani Bernard was held out along with first-round pick WR John Ross, who is recovering from offseason shoulder surgery. Bernard has fully practiced in camp while recovering from ACL surgery midway through last season.

Buccaneers: TE O.J. Howard, the 19th overall pick, didn’t have a catch, with only one pass thrown his way. WR Chris Godwin had one catch for 14 yards.

Bengals: RB Joe Mixon had several nice runs, avoiding tacklers to get extra yards. He carried six times for 31 yards and turned his only reception into an 11-yard gain by slipping through a pair of attempted tackles. He’s competing with Jeremy Hill for playing time.

“Once I got that first carry and got the first-game jitters out of the way, I adjusted,” Mixon said. “It was just playing football.”

SORTING OUT THE RBs

After his touchdown, Fitzpatrick simply flipped the ball to an official instead of celebrating. Nobody touched him after he took off for the end zone.

“I went left and there was nothing in front of me,” he said. “I was so surprised. I had no celebration planned. I didn’t know what to do.”

Buccaneers: Play at Jacksonville on Thursday. 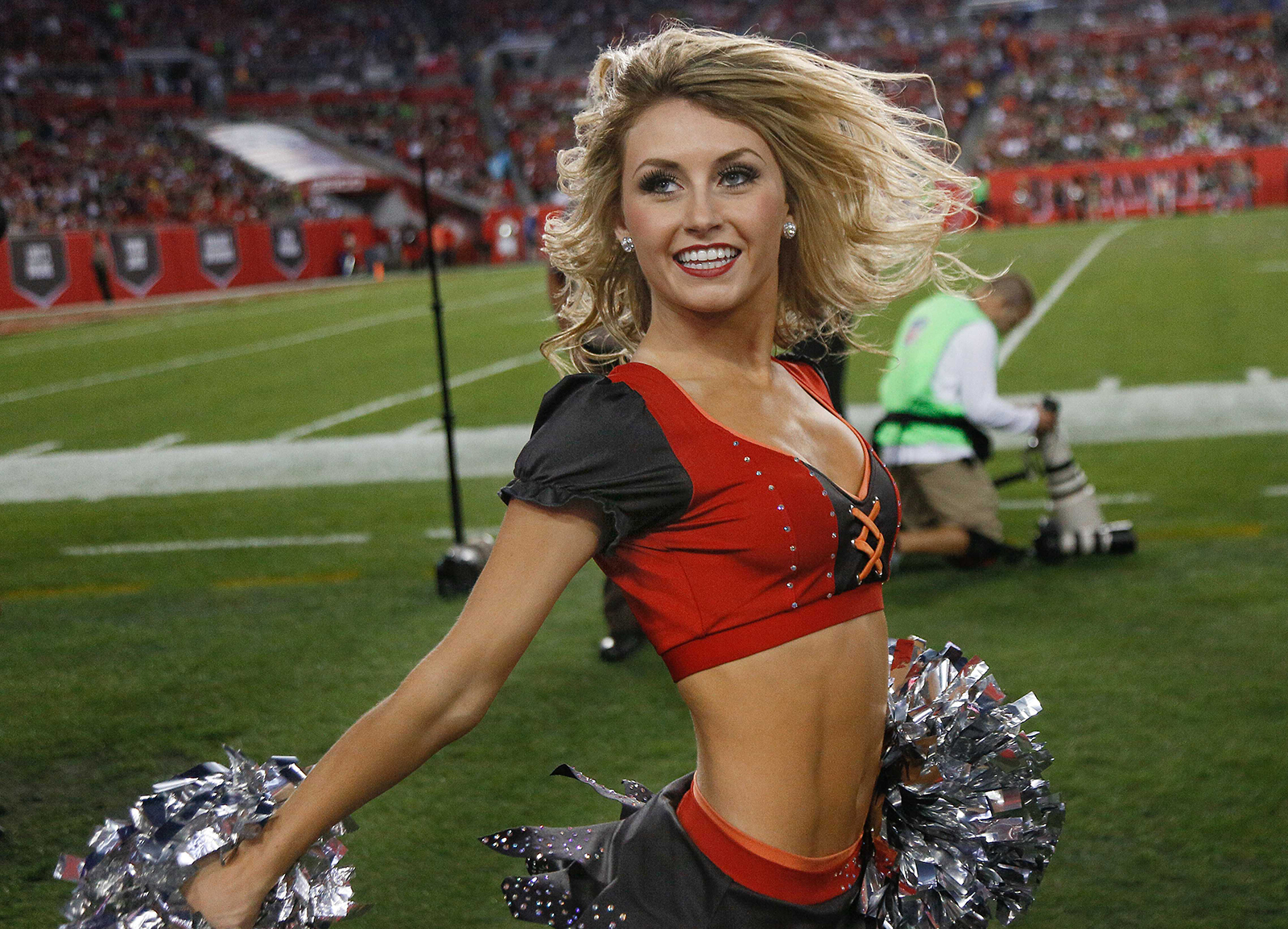