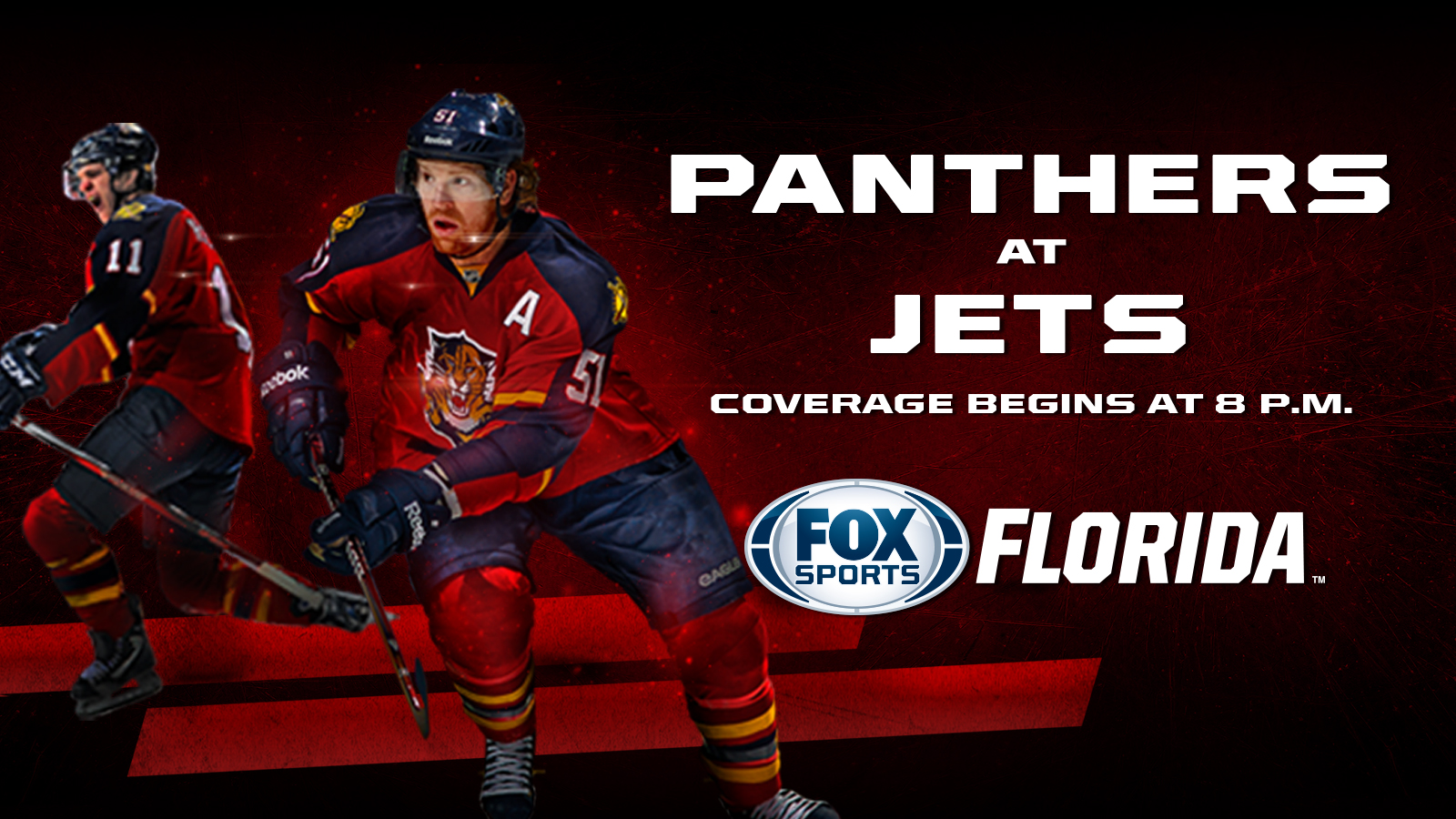 The longest trip of 2014-15 has resulted in a season-high winning streak for the Florida Panthers. Visiting the Winnipeg Jets in recent years, though, has produced a string of blowout losses.

The Panthers look to extend their win streak to four while avoiding a fifth straight road loss in the series Tuesday night.

Brian Campbell had the go-ahead goal in the second period, and the Panthers added two more in the third to beat Edmonton 4-2 on Sunday.

"I don’t think we were at our best tonight, but we found a way to get it done," Campbell said. "It’s a big game, getting towards the end of the trip, you have to keep the pedal down."

Roberto Luongo continued his strong play with 31 saves, improving to 8-1-1 with a 1.91 goals-against average in his last 11 starts.

"We’ve got four balanced lines," Luongo said. "They’ve been chipping in offensively, which is nice and we’ve been finding ways to win hockey games. We have one more big game left on this trip, so we’ll enjoy tonight and refocus on the next one."

Eleven players have scored on the trip, with Jonathan Huberdeau leading the way with three goals and two assists. Sean Bergenheim and Nick Bjugstad have added four points each.

"That’s how you’re going to win with our hockey team," coach Gerard Gallant said. "You look at our lineup, we don’t have an 80, 90-point guy, so we have a bunch of guys chipping in, working hard."

Florida scored eight times in winning its first two visits to Winnipeg after the franchise relocated from Atlanta, but it’s been outscored 22-6 in going 0-3-1 since.

The Jets (21-14-8) enter this matchup on a 2-4-1 stretch after concluding a three-game trip with a 5-4 shootout loss at Pacific Division-leading Anaheim on Sunday. They’re also 1-3-1 in their last five at home.

Winnipeg led the Ducks 3-1 after the first period and was up 4-2 heading into the third, when Anaheim scored the tying goal with 2:03 remaining before securing the victory in the sixth round of the shootout.

Despite the blown lead, coach Paul Maurice was happy with the trip after a 5-4 shootout win over defending champion Los Angeles on Saturday gave the Jets three points in the final two games against some stiff competition.

"It’s a real positive," Maurice told the Jets’ official website. "Doesn’t happen very often in this league. I’m disappointed with the loss, but not in the team. The fight was good."

Winnipeg blew a 3-0 lead against the Kings before pulling out the win, and that’s something defenseman Zach Bogosian said needs to stop.

"We have to be able to weather that storm," said Bogosian, whose first two goals of the season have come in the last two games. "We did get a point out of it (Sunday), but we should have gotten two."