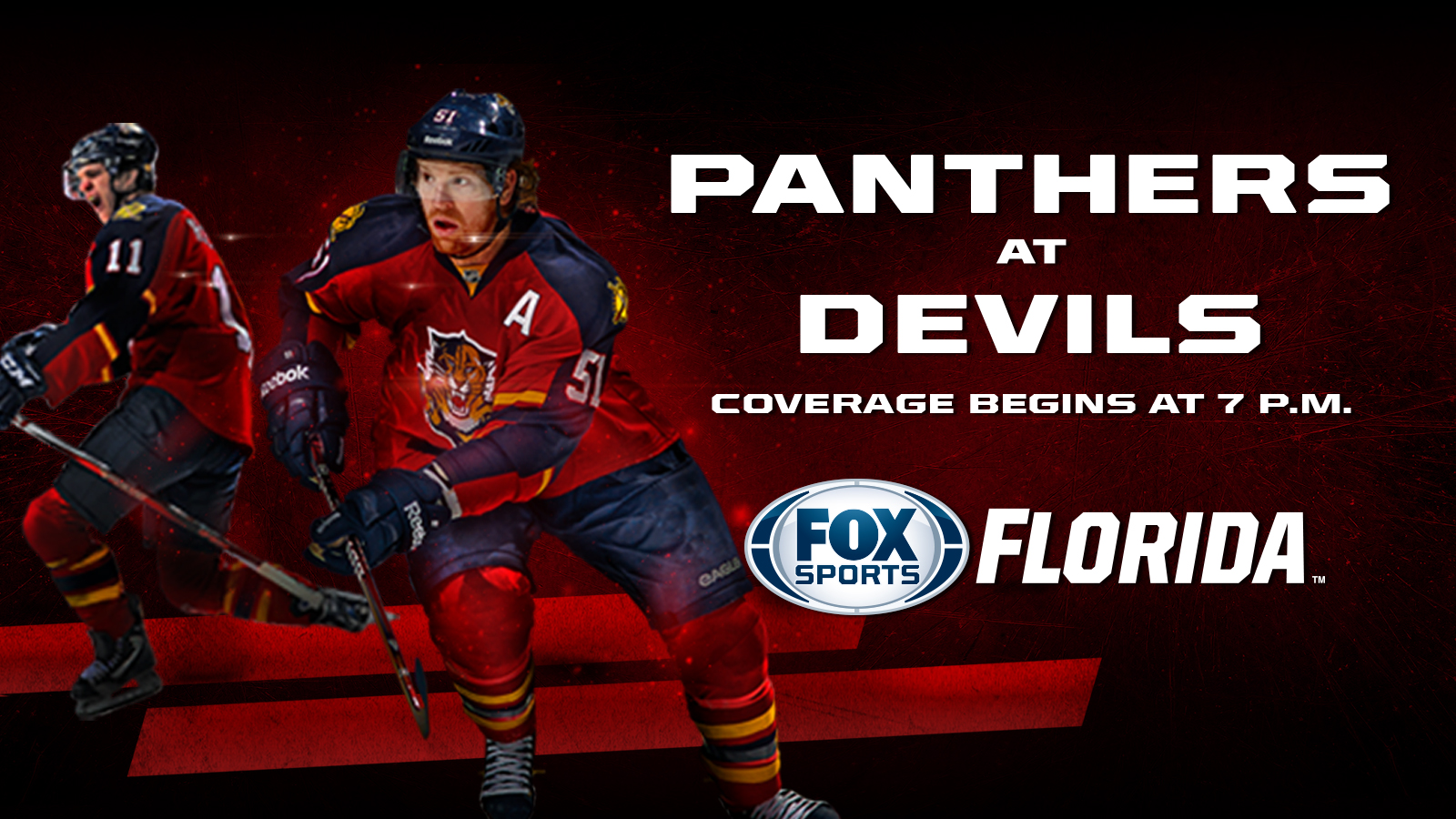 By stocking up on tons of upcoming draft picks and young talent, the Florida Panthers are trying to set themselves up for a bright future.

The future might arrive a little ahead of schedule.

Often a playoff longshot at this time of year, the Panthers find themselves right in the mix of the Eastern Conference postseason race, but they’ll need to start stringing some wins together heading into Saturday night’s matchup with the New Jersey Devils.

The Panthers are six points out of the eighth and final playoff spot in the East, still in the chase despite just enduring a five-game slide that ended with a 3-2 win over Columbus on Thursday.

"We still have some growing to do," Panthers general manager Dale Tallon said. "But we’re close. It’s getting exciting because we see the future and we see that we’re not far off."

A year ago at this time, the Panthers (21-15-10) were 15th in the 16-team East. Now, some of the players are already checking scoreboards around the league on a nightly basis to see what the playoff standings look like.

"We’ve got a good team," said Huberdeau, the No. 3 overall pick in 2011 who hasn’t sniffed an NHL playoff chase before. "It’s cool. The games are way more important when you’re looking at a playoff spot. It’s big for us. We don’t want to miss our chance this year and we’ve got some veterans reminding the young guys who haven’t been there to take advantage of that chance."

Florida starts a three-game, four-day swing through the New York metropolitan area on Saturday, with road games against the Rangers, Islanders and Devils. The Rangers are eighth in the conference, and the Islanders seem poised to grab one of the East’s best playoff seeds.

It might be a critical stretch, but the road hasn’t been unkind to Florida of late. The Panthers have emerged with 13 of a possible 20 standings points in their last 10 road games.

"This is a huge road trip," Luongo said.

Florida’s playoff history – or lack thereof – is well-known. The team hasn’t won a playoff series since its run to the Stanley Cup Finals in 1996, and has reached the postseason just once since 2000.

And if nothing else, at this time of year, that represents some progress.

"It’s such an important time of the season right now," said Sean Bergenheim, who had the game-winner on Thursday on a play where he was simultaneously taking a high stick to his face. "It’s a good feeling but we’re learning at the same time. We haven’t played the way we have to play in a lot of games lately to be a successful team. But you’ve got to believe. And we do."

The Devils (18-22-9) have even more ground to make up than the Panthers, tied for 13th in the East. They appeared headed for a third straight win Friday against Pittsburgh, but allowed the tying goal with 3:11 left in regulation before Simon Despres scored in overtime to give the Penguins a 2-1 victory.

The loss overshadowed an outstanding performance by Cory Schneider, who stopped the first 37 Pittsburgh shots and finished with 41 saves in his career high-tying 43rd start.

New Jersey, which is 3-0-2 in its last five home games, registered 14 shots for the second time this month. Only Buffalo averages fewer shots than the Devils’ 24.5.

"We have to be way better, we can’t keep relying on Schneids and the other goalies to keep us in there the whole game," forward Patrik Elias said. "We’re not taking charge. We’re not skating well. We’re just sitting back. We have to be hungrier tomorrow."

Steve Bernier’s goal Friday was his fourth in five games after he tallied just three times in his first 29 contests.

The Devils have outscored the Panthers 16-7 during a four-game home win streak and Schneider made 28 saves in New Jersey’s 5-1 road victory on Oct. 11.