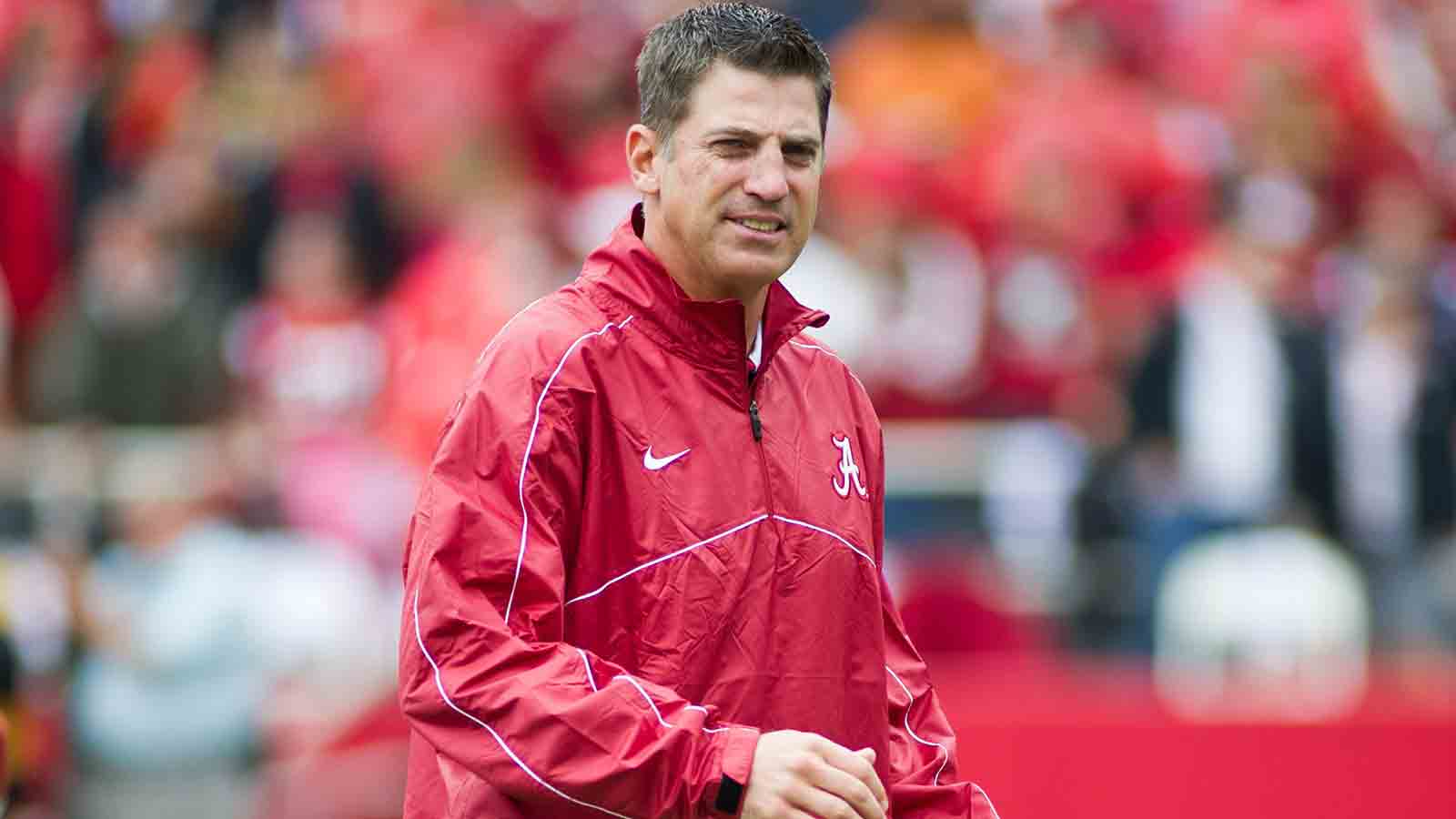 Doug Nussmeier was previously the offensive coordinator at Alabama under Nick Saban.

ANN ARBOR, Mich. (AP) — Doug Nussmeier is just settling in as Michigan’s new offensive coordinator, but he already seems keenly aware of why last season’s Wolverines struggled so much.

That was evident when Nussmeier outlined some of his priorities for Michigan’s 2014 team.

Nussmeier was introduced Friday in Ann Arbor, completing an abrupt switch from one storied program to another. The Wolverines hired him away from Alabama, where he was Nick Saban’s offensive coordinator for the past two seasons and helped the Crimson Tide win a national title a year ago. Before that, he directed the offense at Washington for three seasons.

"We have a vision. We know what that is, and that’s why Doug is here today," coach Brady Hoke said. "Obviously, it’s a guy with national championship experience, which is the highest goal that we all have."

Hoke has been Michigan’s coach for three seasons, and the results have been progressively worse after he took the Wolverines to the Sugar Bowl in his first year on the job. This season, Michigan struggled to run the ball and protect quarterback Devin Gardner, finishing 86th in the nation in total offense.

There were a few promising moments — such as 41-point performances in a win over Notre Dame and a near-upset of Ohio State — but Michigan was overpowered at times on the offensive line. The Wolverines ranked last in major college football by giving up 114 tackles for losses.

When Hoke took over after Rich Rodriguez was fired, it seemed to signal a return to Michigan’s roots as a team that emphasized power. That transition is still a work in progress, as this change in coordinators indicates.

Borges was unable to overcome a porous offensive line last season, but Gardner did show flashes of ability while under constant pressure. Nussmeier had a hand in developing several talented quarterbacks, including Alabama’s AJ McCarron, Washington’s Jake Locker and Michigan State’s Drew Stanton. Nussmeier was a quarterback coach at Michigan State — and he was asked Friday about the rivalry between the Wolverines and Spartans.

"I have a lot of respect for that program. We had a wonderful time there," Nussmeier said. "But I said it before: When you say `Michigan’ — it’s synonymous with football. I don’t care if you go to a mall in California, Texas, Florida — you’re going to see somebody wearing `Michigan.’"

Hoke did not take questions Friday, but athletic director Dave Brandon did. Brandon had a clear message for anyone suggesting a move like this indicates Hoke is on any kind of hot seat.

"Those are people that don’t know what they’re talking about," he said.

Brandon also indicated any additional changes to the offensive staff would be up to Hoke.

"Doug and Brady will decide about those decisions. At the end of the day, it’s Brady’s responsibility and his authority to choose the team that he puts around him," Brandon said. "I know both of his coordinators have a lot of voice in terms of the rest of the staff."