Wisconsin won’t miss one beat without Melvin Gordon in 2015 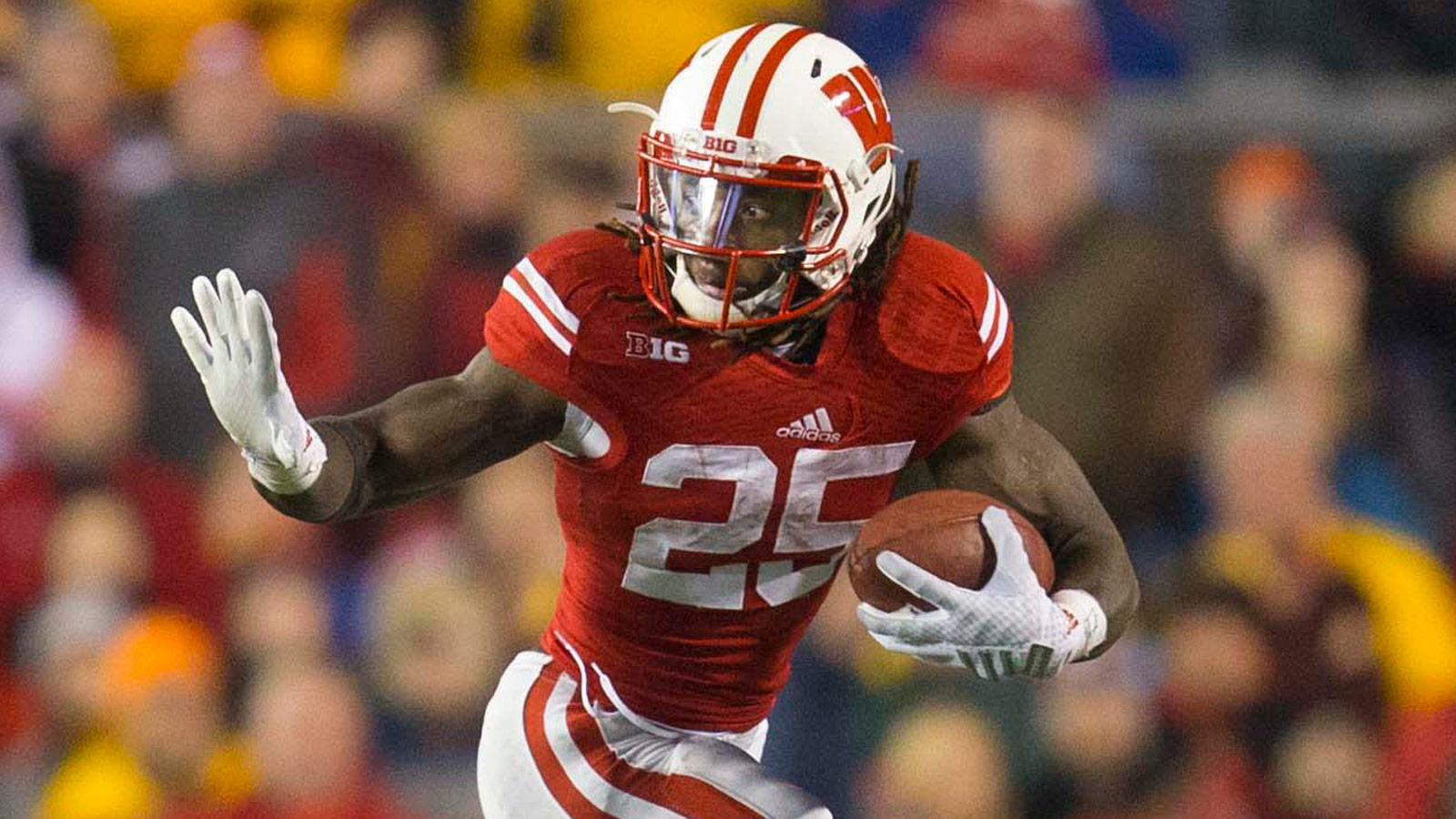 Attrition and finding replacements are a key part of any college football offseason. A coaching staff may find answers through the junior college ranks for a quick fix, or they may feel comfortable with a replacement that’s been on the roster waiting for his turn to step into the starting lineup.

Regardless of how the player is replaced, all-conference and All-America talent departs every year, leaving big shoes to fill for coaching staffs at all 128 FBS teams.

After Ohio State’s national championship victory over Oregon, Michigan’s hire of Jim Harbaugh as the team’s head coach, along with the expected improvement by Penn State in the next few years and Michigan State’s steady rise under coach Mark Dantonio, the Big Ten East is loaded with intriguing storylines and teams on the rise. On the other side, Wisconsin, Nebraska and Minnesota should be the top contenders in the West.

However, all three enter spring with significant personnel question marks, and two of those programs (Nebraska and Wisconsin) have new coaches. Let’s take a look at the players who will be replacing the five biggest departures in the Big Ten for 2015.

Wisconsin has recorded a 1,000-yard rusher in 10 consecutive seasons, and it’s a safe bet to assume that streak will extend to 11 by the end of 2015. Gordon was the nation’s top running back last year, rushing for 2,587 yards and 29 scores on 343 attempts. New coach Paul Chryst could have certainly used Gordon in 2015, but the cupboard is far from bare. Clement is a breakout star waiting for his opportunity to start. On 147 carries in 2014, Clement rushed for 949 yards and nine scores.

Overall, in his first two years in Madison, Clement has 1,496 yards and 16 rushing touchdowns. Gordon will be missed, but Clement should ensure Wisconsin’s ground attack doesn’t miss a beat.

Corey Clement is primed for a big breakout in 2015.

Replacing the production lost by Abdullah finishing his eligibility probably won’t fall on one running back. And while Abdullah was one of the nation’s best all-around backs, Nebraska does have talent coming back for 2015. Cross spent most of 2014 as the listed backup to Abdullah before an injury kept the 230-pound back out of the lineup in the Holiday Bowl. Cross rushed for 384 yards and five touchdowns on 75 attempts last season, giving him 1,155 yards and 22 scores in his career. In addition to the upside of Cross, the Cornhuskers can also expect to utilize Terrell Newby (297 yards) and sophomore Adam Taylor in 2015.

Michigan State’s "No Fly Zone" will have at least two new starters in 2015. The Spartans allowed only six passing touchdowns in Big Ten games last season and ranked inside of the top 10 nationally from 2012-13 in fewest passing scores allowed in both years. Waynes and Drummond were key pieces of the success in the secondary, earning first-team All-Big Ten honors in 2014. Hicks and Nicholson have big shoes to fill next season, but both players gained valuable experience last season.

Hicks started 10 of 13 contests and recorded 28 stops with two picks. Nicholson played in 13 games as a true freshman and made 31 stops with two fumble recoveries. With Pat Narduzzi leaving to be the coach at Pittsburgh, it’s up to new co-coordinators Mike Tressel and Harlon Barnett to keep the defense performing at a high level. And it certainly doesn’t hurt their play-calling ability if Hicks and Nicholson are the next standout defensive backs in East Lansing.

Montae Nicholson will be flying around Michigan State’s secondary this fall.

For a team coming off a national championship, Ohio State surprisingly has few losses to address on the depth chart. That’s quite a switch for most teams coming off a title, but the Buckeyes are loaded for another run in 2015. One of coach Urban Meyer’s biggest spring concerns will be replacing Bennett’s production on the interior of the line. Adolphus Washington appears primed for a big senior campaign in 2015, but a lot of coaches in Columbus will be watching the development of Hill and Donovan Munger at the tackle position.

Hill has played sparingly over the last two years (just seven games) and made only two stops and one sack in four appearances in 2014. The South Carolina native ranked as the No. 176 recruit in the 2013 247Sports Composite. With Bennett leaving, the door is open for Hill to become a bigger piece of the defensive line rotation in 2015.

The offensive line was the biggest area of concern for coach James Franklin and line coach Herb Hand in 2014. The Nittany Lions entered the year with concerns about depth and injuries, and this unit allowed 44 sacks in 13 games last season. Left tackle Donovan Smith was the anchor for a young group, starting 31 career games over three seasons of playing time in Happy Valley. Smith decided to leave for the NFL after 2014, leaving a massive void for Hand and Franklin to address in the offseason.

It’s rare to see a junior college recruit going to Penn State, but it’s clear in Palmer’s case that he’s being brought in to play right away. The North Carolina native played the last two years at Lackawanna College and was rated as a four-star recruit (and the No. 12 overall player) in the 2015 247Sports JUCO composite rankings. Finding ways to protect quarterback Christian Hackenberg has to be the top priority for the offense this spring. Can Palmer solidify one of the tackle spots?