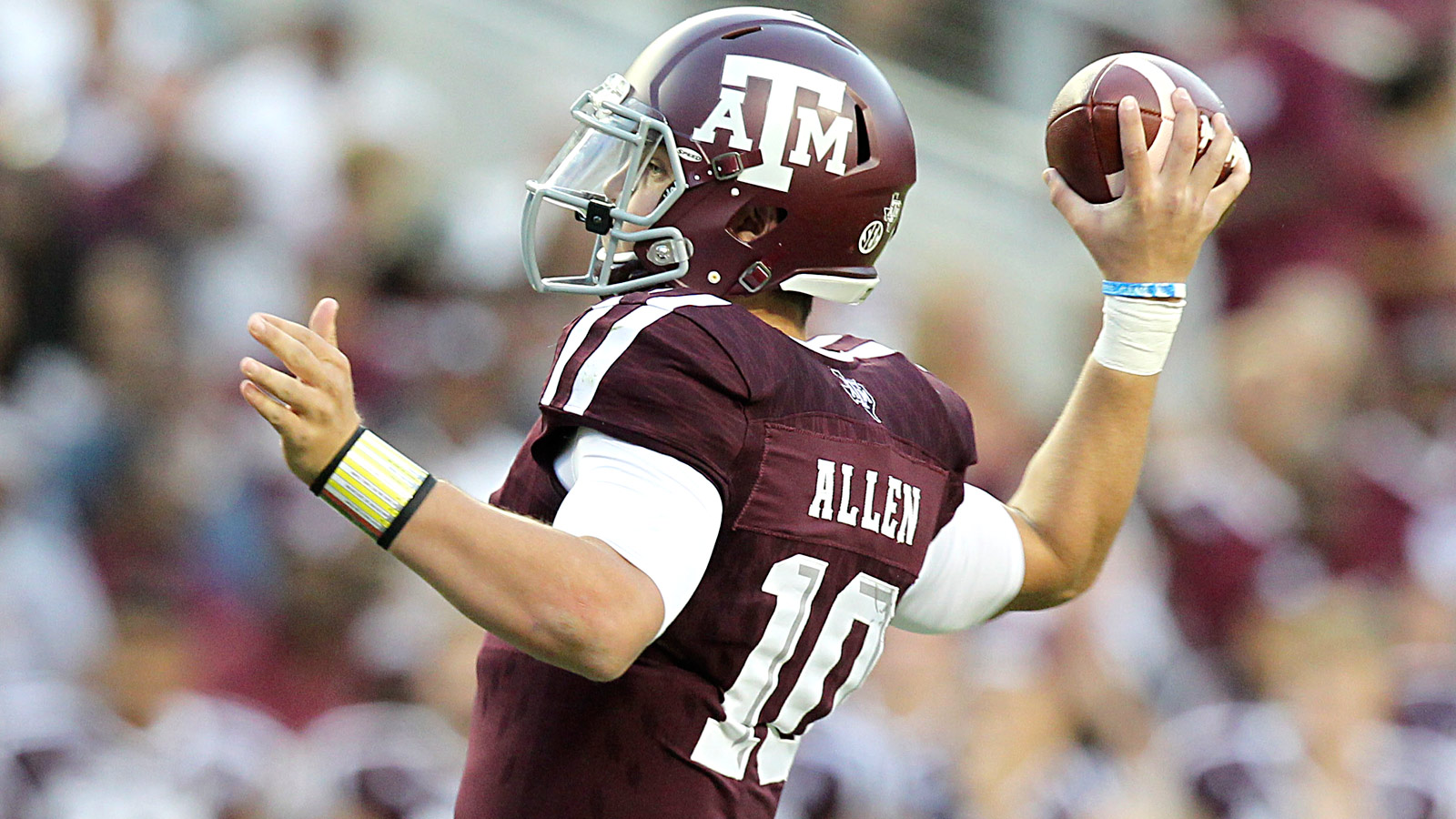 'I never really liked recruiting, but I guess gotta go through it again' — Kyle Allen

Quarterback Kyle Allen announced on Twitter Thursday night that he is transferring from Texas A&M. The talented sophomore threw for 2,210 yards this season to go with 17 TDs and just seven interceptions this season, while completing 57 percent of his passes. The Arizona native, considered by many as the nation’s top QB recruit two years ago, told FOX Sports that he will head back home this weekend and try to sort out his transfer options.

"I never really liked recruiting, but I guess gotta go through it again," Allen said.

Ideally, he said, he’d like to transfer to a Power 5 conference program that would have a QB who will be a senior in 2016 so he’d be able to compete for an open job in 2017 when he becomes eligible. One school that certainly fits that profile is Oklahoma, where junior Baker Mayfield has transferred into OU and became a star.

"Oklahoma comes to mind because it does fit all those things, and my old (high school) teammate (Mark Andrews) is a receiver there, and coach (Bob) Stoops is an all-time great coach," Allen said.

According to Allen, he has been released to transfer to any school except those in the SEC and future Aggie opponents.

For now, Allen will go home and wait to hear from some interested schools.

"Hopefully, they’ll reach out and we can go from there."