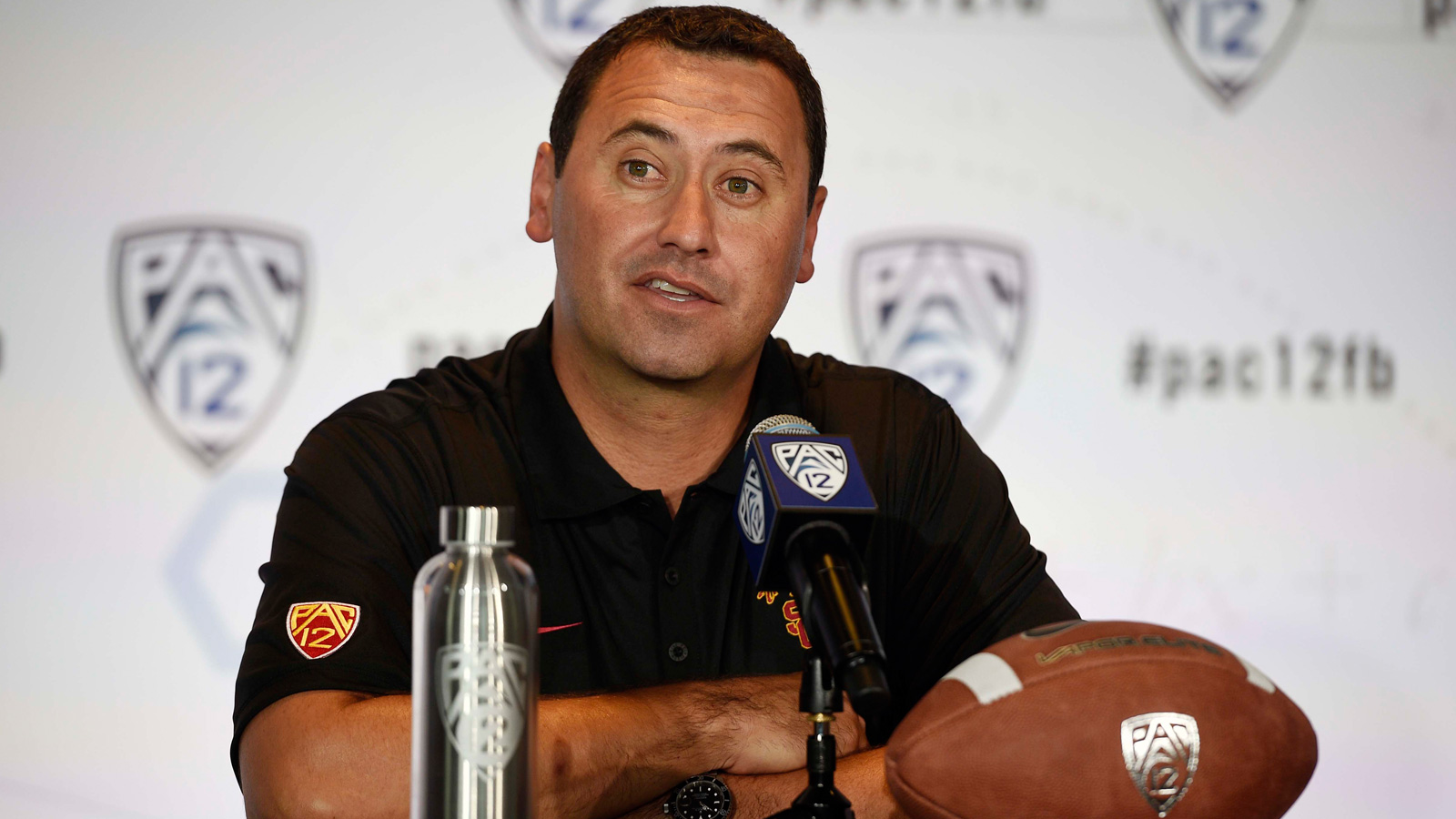 BURBANK, Calif. — USC head coach Steve Sarkisian took time out of his Pac-12 press conference to throw some shade at the Oregon Ducks and their uniform combinations.

The Ducks and Trojans have been the two best teams in the Pac-12 conference over the past decade and regularly compete for high-prized recruits. In other words, there's a bit of a rivalry between the schools.

When Oregon media relations staffer Joe Waltasti found out about Sarkisian's comments, he fired back by basically saying "scoreboard".

The Ducks and Trojans will meet in Eugene on Nov. 21. The gasoline was poured by Sarkisian and set on fire by Joe Waltasti.

"We're not going to take the field this year in 13 different uniforms in 13 games this year." – Sark, taking a low-key shot at Oregon.