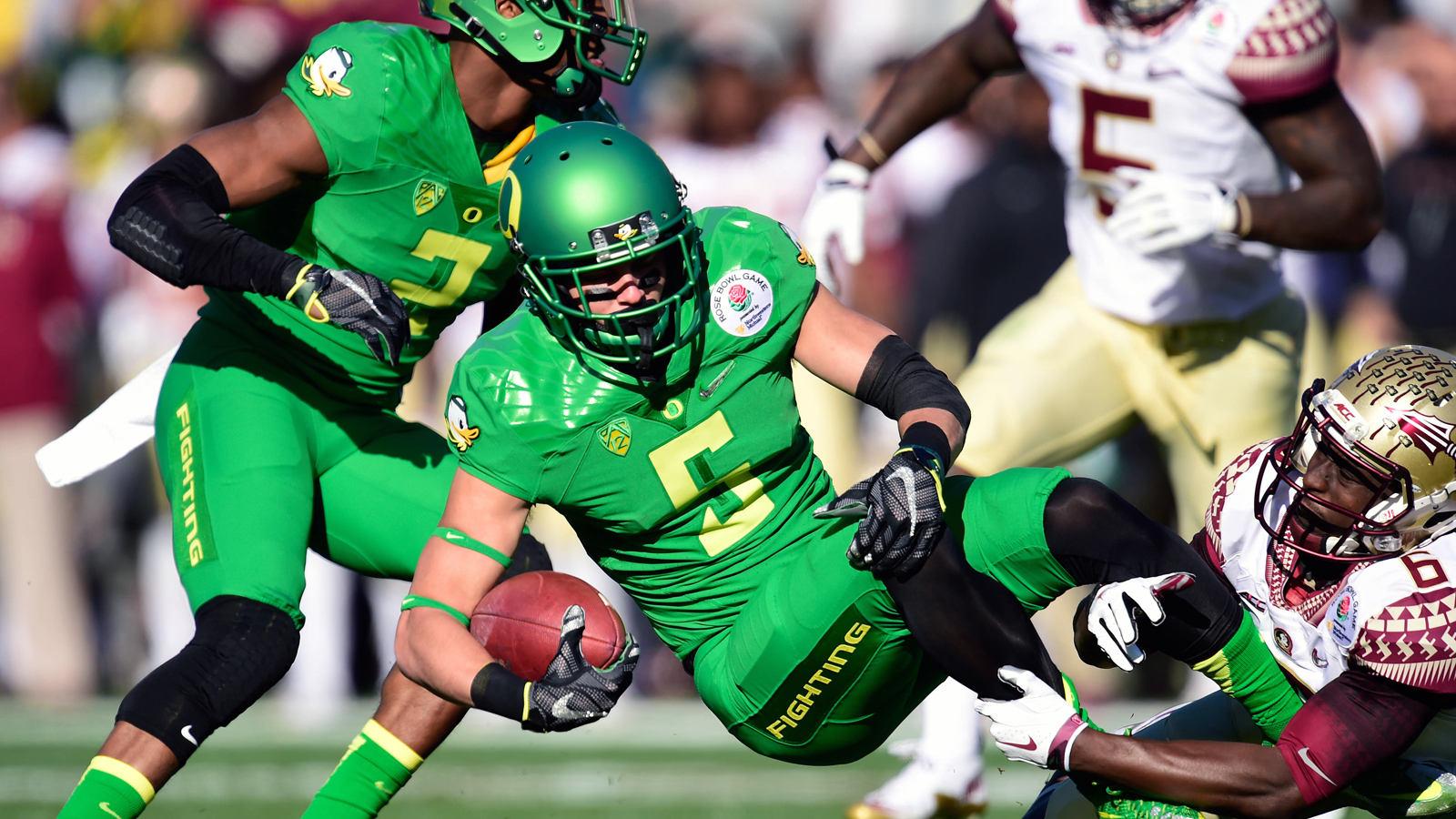 Devon Allen, the fastest man in college football and the player Oregon coaches have called their most consistent wideout, is expected to miss the national title game, a source told FOX Sports after the Rose Bowl Thursday night.

The NCAA 110-meter hurdles champ injured his right knee returning the opening kickoff in the Ducks’ 59-20 win over Florida State.

Allen, a 6-foot, 185-pound redshirt freshman, has caught 41 passes for 684 yards and seven TDs this season.