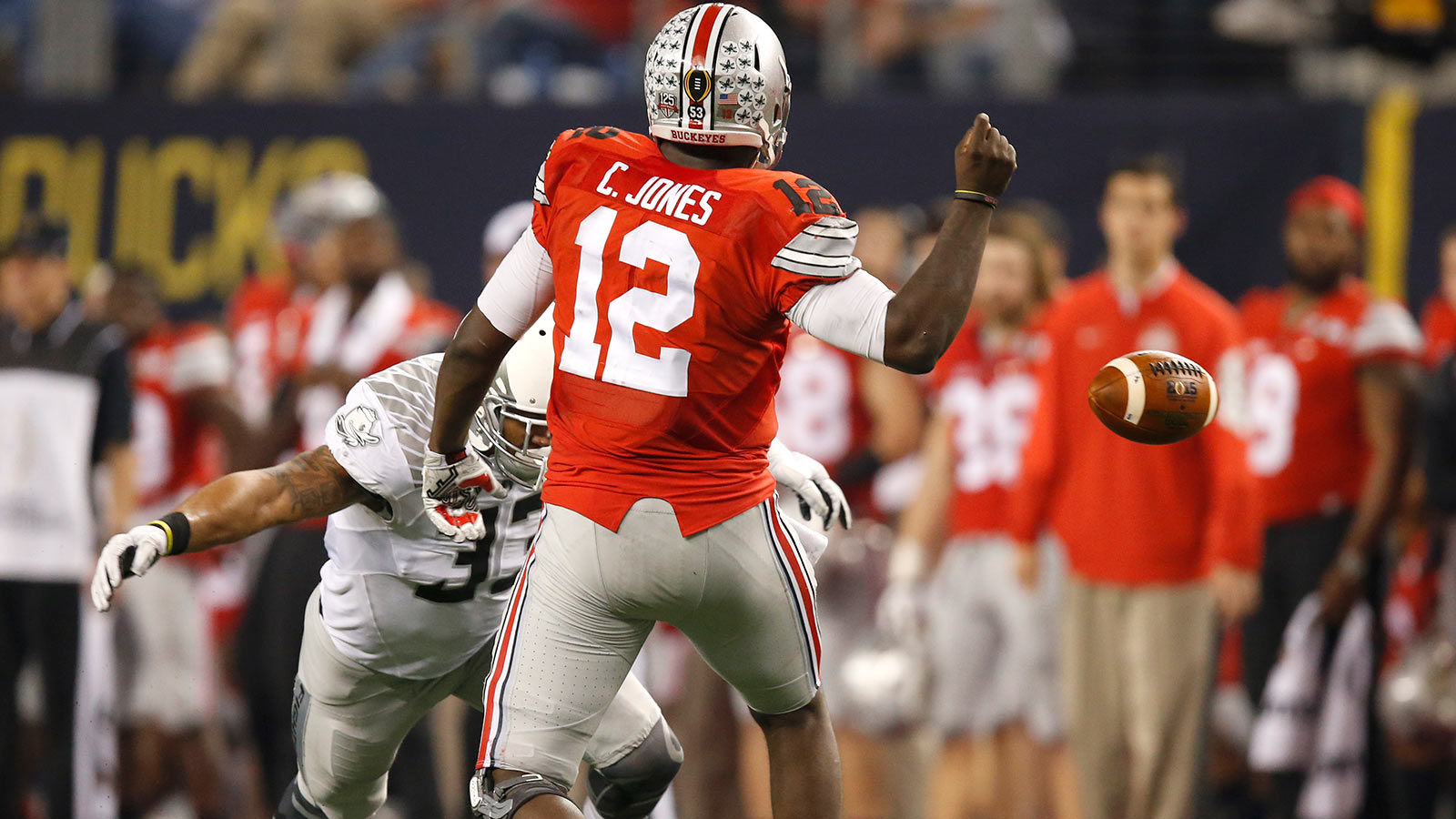 Florida State didn’t play in the national championship, in case you didn’t know, but the Internet can never — ever — pass up a Jameis Winston joke apparently.

In the third quarter against Oregon Monday night, Ohio State quarterback Cardale Jones rolled out on a play and fumbled.

It set up the Ducks with great field position deep in Ohio State’s territory, which Oregon turned into a field goal to pull within 21-20.

What does this have to do with Winston?

Against Oregon in the Rose Bowl, Winston had a nearly identical mishap that the Ducks returned for a TD.

And, of course, the Internet had fun with this:

Jameis is proud of Cardale 😂😂 pic.twitter.com/Y7z6lMKf1j

But on Monday night, Jones got the last laugh as his Buckeyes did what Winston’s Seminoles couldn’t do — beat the Ducks.