B1G predictions: Ohio State is in its own league entering 2015 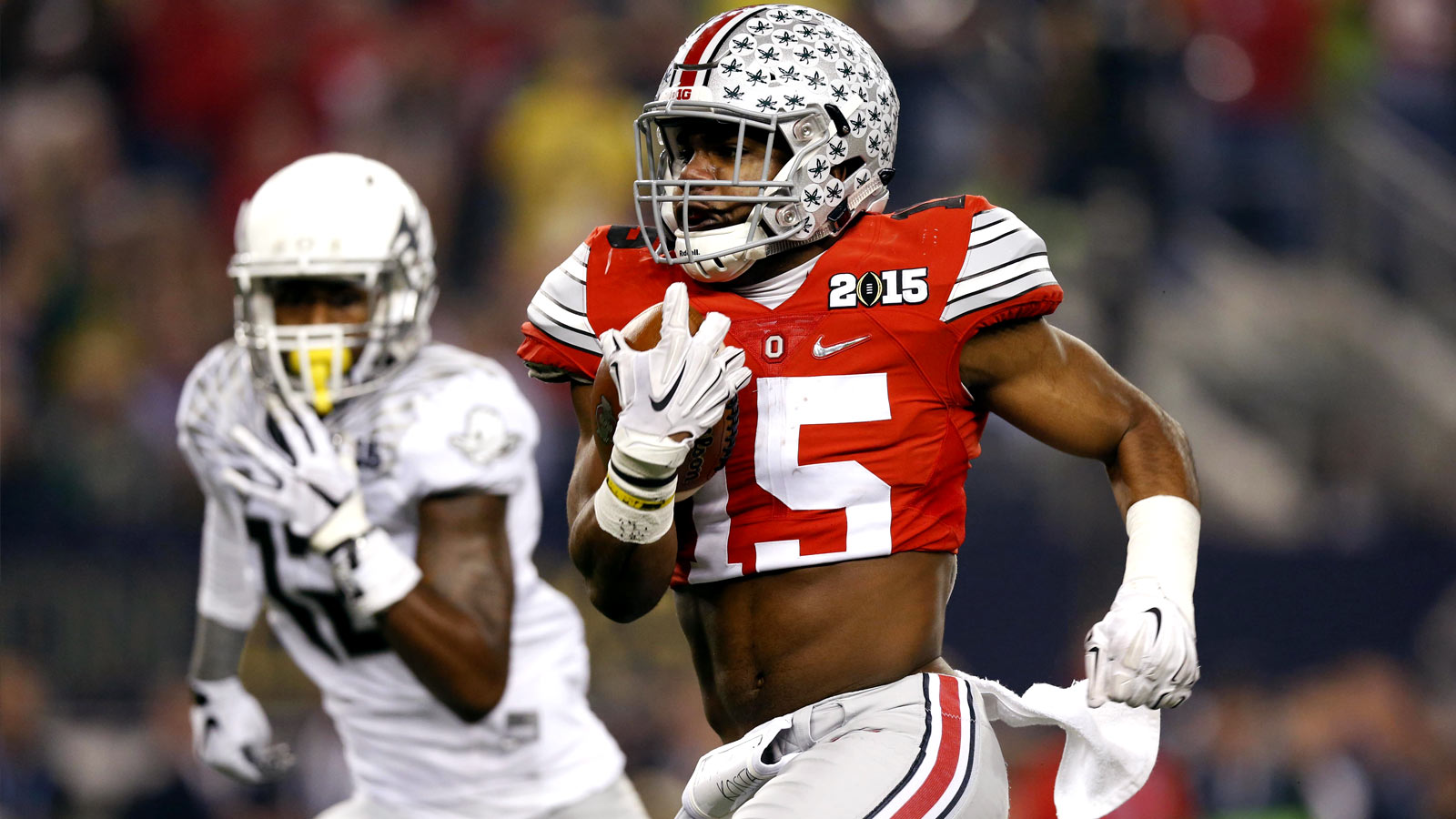 With college football’s focus on national signing day and spring practice around the corner, it’s not too early to look ahead to preseason rankings for 2015.

While repeating as a national champion in college football isn’t easy, Ohio State opens as the overwhelming favorite for 2015. The Buckeyes return nearly everyone from last year’s team and are only getting better with the addition of a solid recruiting class.

Elsewhere in the East division, all eyes will be on Michigan with the arrival of Jim Harbaugh. Wisconsin is the favorite to win the West, but Nebraska and Minnesota aren’t far behind.

Here are early predictions for the Big Ten in 2015 (2014 record in parentheses).

Regardless of which quarterback starts, the supporting cast is loaded with returning talent. Running back Ezekiel Elliott is one of the leading candidates for the 2015 Heisman Trophy, and four starters are back on the line. Receivers Devin Smith and Evan Spencer and tight end Jeff Heuerman will be missed, but Michael Thomas (14.8 ypc) and Jalin Marshall (six TDs) are capable options. Tackle Michael Bennett, end Steve Miller and cornerback Doran Grant are the biggest losses on defense. However, with end Joey Bosa and linebacker Darron Lee returning, the Buckeyes aren’t likely to take a step back in defensive production.

Each level of the defense has personnel to replace, but the biggest area of concern has to be in the secondary where safety Kurtis Drummond and cornerback Trae Waynes departed East Lansing. Barnett and Tressel will be counting on young players like Montae Nicholson (safety) and Darian Hicks (cornerback) to step up next season. Quarterback Connor Cook won’t have top receiver Tony Lippett or running back Jeremy Langford, but the offensive line should be one of the top units in the Big Ten.

Quarterback Christian Hackenberg is still one of the nation’s most talented signal-callers. Hackenberg has a talented group of receivers and a solid running back in Akeel Lynch at his disposal. However, the passing game and offensive production won’t take a step forward unless the line performs (44 sacks allowed in 2014) at a higher level. Left tackle Donovan Smith left early for the NFL, but the coaching staff hopes incoming junior college recruit Paris Palmer helps to fill one of the voids on the line. Despite the problems on offense, Penn State’s defense was one of the best in the nation. Coordinator Bob Shoop must replace end Deion Barnes and linebacker Mike Hull, but the Nittany Lions should remain one of the top defenses in the Big Ten.

Harbaugh’s background and experience should help a struggling offense. Michigan averaged only 20.9 points per game last season and has several question marks heading into 2015. Is Shane Morris the answer at quarterback? Can this team develop a consistent rushing attack? Also, who steps up to replace Devin Funchess at receiver? Improvement should be expected. Michigan hasn’t been hurting for talent. However, now the team has the right coaching staff in place.

Flood and coordinator Joe Rossi will spend the offseason looking for a few answers after the defense allowed 6.6 yards per play in conference games in 2014. Each level of the defense has key departures, but the return of tackle Darius Hamilton, linebacker Steve Longa and end Kemoko Turay provides plenty of hope for improvement.

Diggs’ big-play ability will be missed, but the receiving corps may not miss a beat if Amba Etta-Tawo and Juwann Winfree develop as expected, and Levern Jacobs (47 catches in 2013) quickly shakes off the rust after missing 2014 due to suspension. The offense has big shoes to fill at a couple of positions, but the rebuilding effort is even bigger on defense. Coordinator Brian Stewart has only three returning starters from 2014, and the losses in the front seven are heavy. 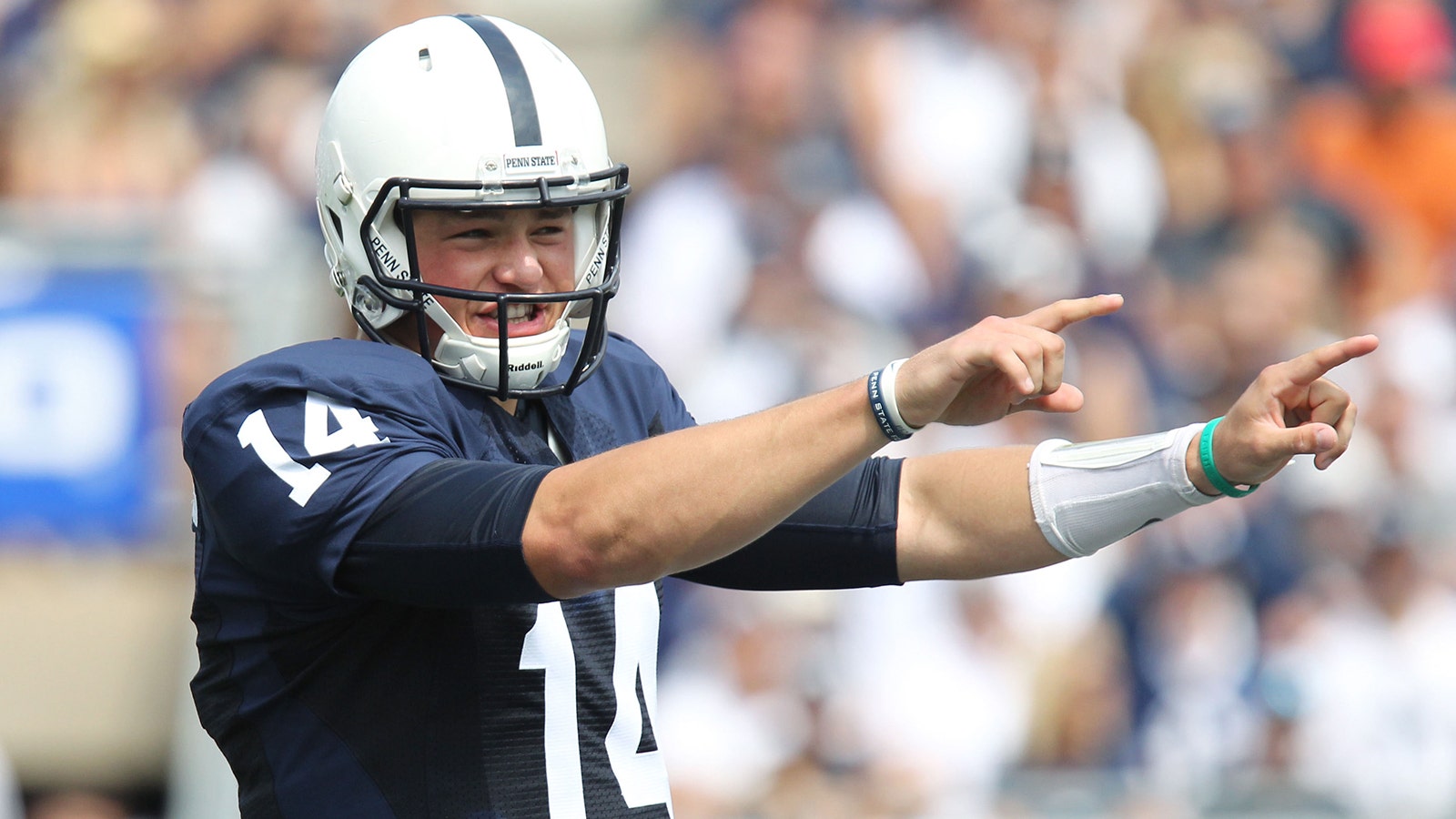 Coming off a 5-7 mark in 2013, Indiana seemed to have a little momentum going into the 2014 season. And with 16 starters back, a reasonable expectation — even in a tougher division — was a bowl appearance. However, the Hoosiers lost all momentum after quarterback Nate Sudfeld was injured and ruled out for the season halfway through the year. Without Sudfeld, Indiana’s quarterback situation was a major problem. The Hoosiers tossed only one touchdown pass over the final six games. Running back Tevin Coleman carried the offense and finished 2014 with 2,036 yards and 15 scores. Coleman left Bloomington for the NFL, but UAB transfer Jordan Howard should be a solid replacement.

Defense has been an ongoing issue for Indiana in recent years, and this unit showed some — albeit still not enough — progress on the stat sheet. The Hoosiers gave up 7.4 yards per play in Big Ten games in 2013 but cut that number to 6.4 in 2014. With most of the depth chart coming back, can Indiana’s defense show marked improvement next year?

Improving the passing game is a priority for Chryst, and in addition to getting better play from quarterback Joel Stave, the receiving corps needs more big-play ability. Tackle Rob Havenstein and guards Kyle Costigan and Dallas Lewallen are huge losses from an offensive line that was one of the best in the nation last year. Despite the return of just three starters, the Badgers ranked second in the Big Ten with just 4.7 yards per play allowed in conference games. Aranda will have to replace linebackers Marcus Trotter and Derek Landisch, but this unit should be one of the best in the conference once again.

Getting the defense back on track is another spring priority for the new staff. Nebraska slipped from No. 2 (2013) in yards per play allowed (conference-only games) to No. 9 in 2014. Tackles Vincent Valentine and Maliek Collins need to anchor the line with the departure of end Randy Gregory, while the back seven suffered a few departures with safety Corey Cooper, cornerback Josh Mitchell and linebackers Trevor Roach and Zaire Anderson expiring their eligibility. Junior Nate Gerry should be one of the Big Ten’s top defensive backs next season.

Adding the passing game concerns is the departure of standout tight end Maxx Williams to the NFL. Although Cobb’s sheer production from last season (1,629 yards, 13 TDs) will be tough to replace, Rodrick Williams and Berkley Edwards have showed flashes of potential in limited work. Linebacker Damien Wilson, safety Cedric Thompson and cornerback Derrick Wells are big losses, but the defense should be a strength. Cornerback Briean Boddy-Calhoun might be one of the nation’s most underrated defenders.

Will it be Jake Rudock or C.J. Beathard under center? Also, how will the offense replace standout left tackle Brandon Scherff? End Drew Ott should be one of the top linemen in the Big Ten next season, but the talented duo of Carl Davis and Louis Trinca-Pasat will be missed on the interior. Cornerback Desmond King is one of the conference’s rising stars on defense.

The Fighting Illini returns some solid skill talent, including running back Josh Ferguson (1,162 total yards) and receiver Mike Dudek (1,038 yards, 6 TDs in 2014). However, this team won’t take a step forward unless the offensive line improves after giving up 37 sacks last season, and the defense finds a way to cut down on its points allowed. Illinois has allowed three consecutive seasons of 32 points or more, and there’s pressure on coordinator Tim Banks to produce results.

Redshirt freshman Clayton Thorson is a name to watch under center next year. Running back Justin Jackson returns after a standout freshman season (1,187 yards and 10 TDs), but the receiving corps loses Kyle Prater (51 catches) and Tony Jones (35 catches). Safety Ibraheim Campbell and linebacker Chi Chi Ariguzo are the biggest losses from a group that limited Big Ten opponents to 5.3 yards per play. Despite losing Campbell and Ariguzo (honorable mention All-Big Ten in 2014), the defense should be the strength for coach Pat Fitzgerald’s team next year.

The team’s top rushers (Akeem Hunt and Raheem Mostert) depart, leaving Keyante Green (199 yards in 2014) as the top option at running back. The defense limited Big Ten opponents to 5.7 yards per play last season, which was an improvement from giving up 6.5 yards per play in 2013. However, this unit still has room to grow, and most of the core returns for 2015. Safety Frankie Williams should be in contention for All-Big Ten honors, and the linebacking corps features promising sophomores in Ja’Whaun Bentley and Danny Ezechukwu. 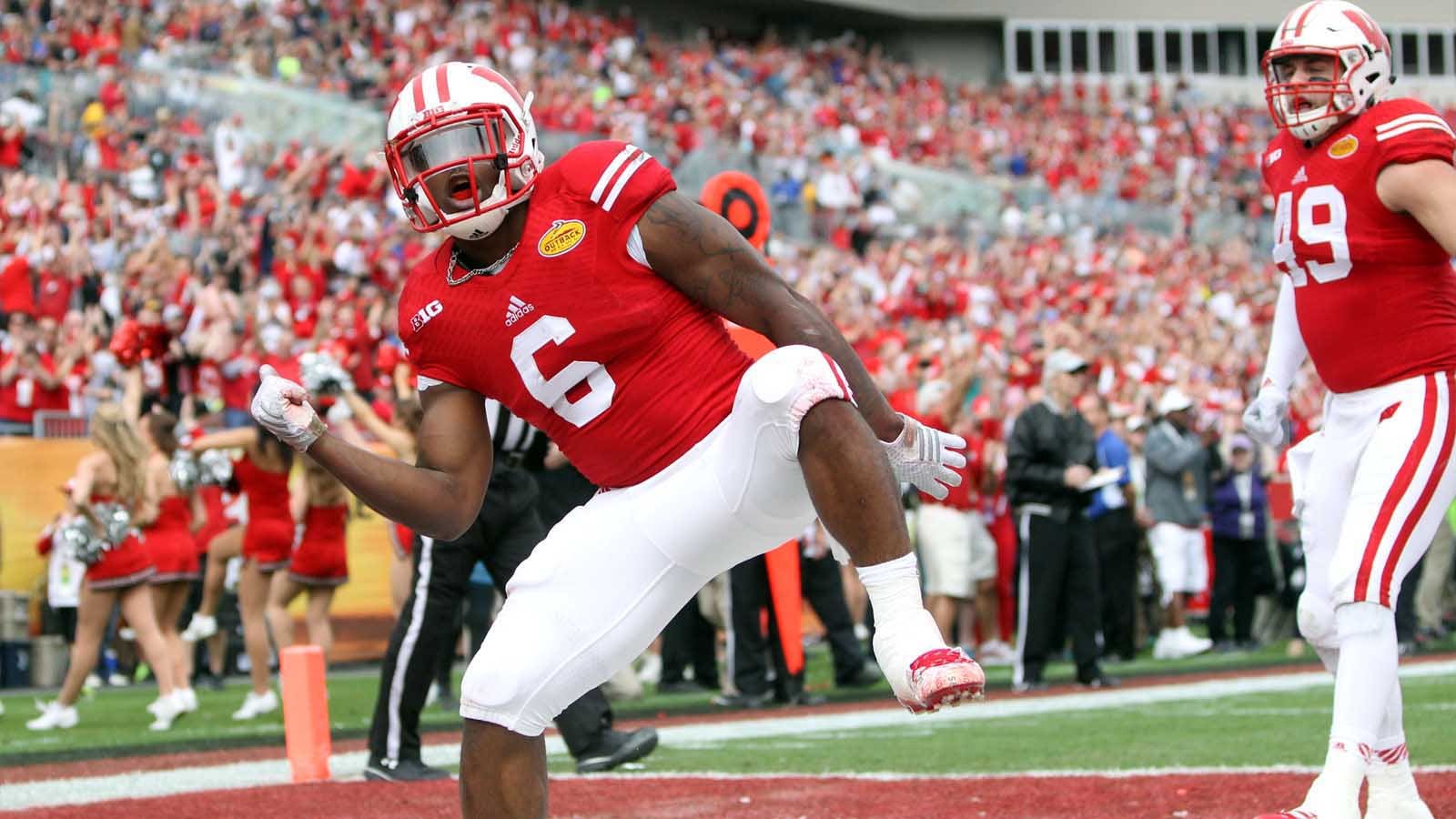