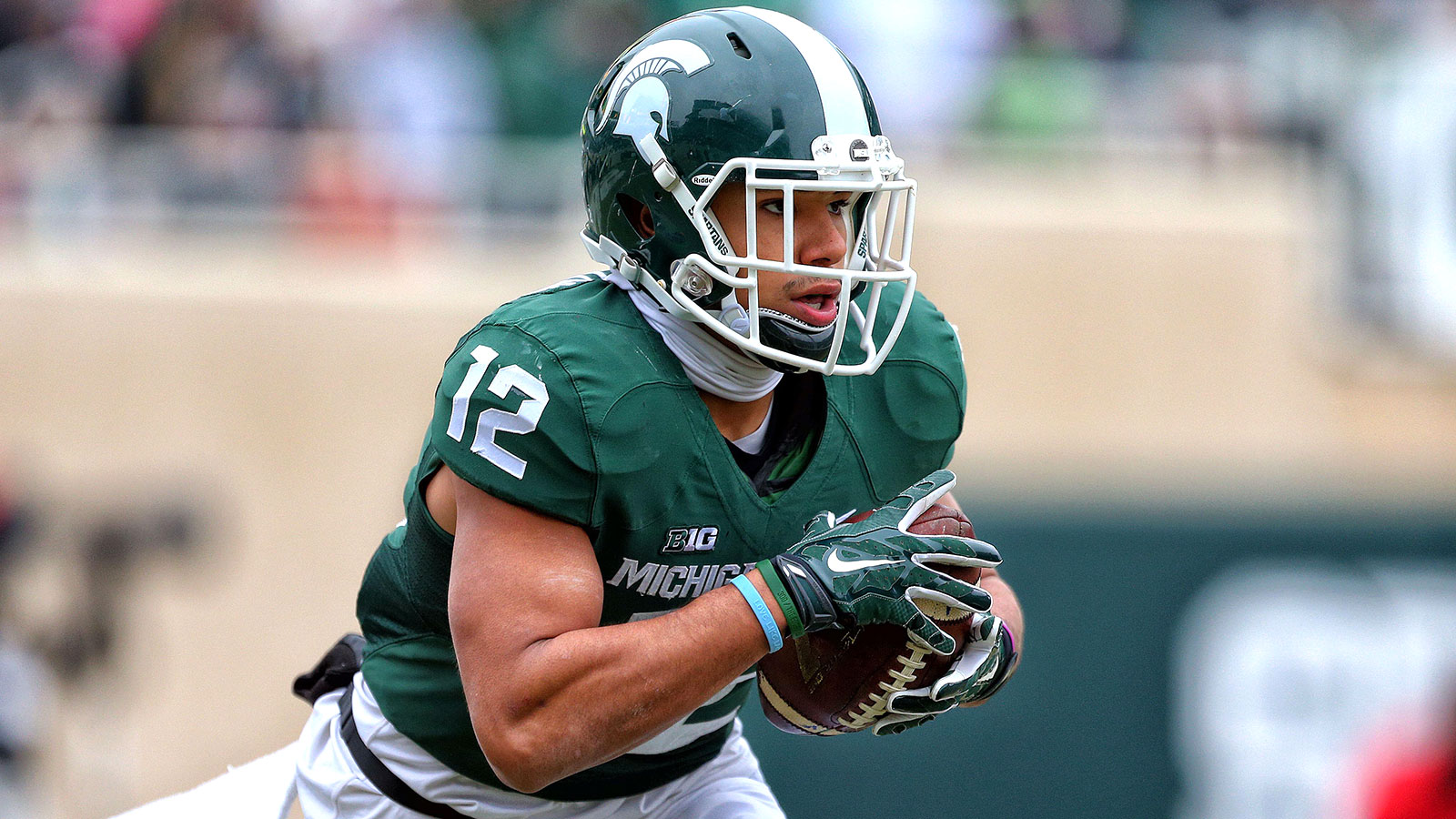 R.J. Shelton has been identified as one of the players who could be the most dangerous in the most situations in college football this fall.

Shelton, a junior receiver at Michigan State, is one of seven players from the Big Ten included on the initial watch list for the Paul Hornung Award, which goes annually to the player who displays the most versatility, a la the Notre Dame back for whom the honor is named.

Shelton is Michigan State's active leader in all-purpose yards with 1,472.

The 5-foot-11, 200-pounder is a candidate to start at receiver this fall and has already demonstrated his ability as a return man. He ran for 148 yards and two touchdowns last season while catching 16 passes for 173 yards and two more scores.

He averaged 25.5 yards per kickoff return and took one back 90 yards for a touchdown.