The issue of violence against women is something that goes far beyond sports but it’s one that has become front and center of the sports universe.

The case of former Oklahoma star Joe Mixon, which escalated over the past year, is a prime example. De’Andre Johnson’s name is probably familiar to many college football fans. Johnson was once a touted blue-chip freshman quarterback at FSU, but in July 2015 he was dismissed from the program after video emerged of him striking a woman at a bar. Johnson later went on ABC’s “Good Morning America” to apologize to the woman, and Johnson later ended up at East Mississippi Community College — which is better known as “Last Chance U.” Two months ago, Johnson signed to play at FAU.

Johnson’s story, in the aftermath of what was captured on that video from the bar a few years ago, is an intriguing one. On Monday, his father Earl Johnson joined us as a guest on The Audible podcast, where he became very emotional in talking about the steps they’ve taken in the wake of the incident.

“When we went to East Mississippi — and I’m very grateful that we went there from the beginning, they understood he had to work on himself,” the elder Johnson told FOX Sports. “Coach (Buddy) Stephens and the president (Thomas Huebner) were great. He did anger management. He visited domestic violence shelters. He did camps with kids and spoke on the campus. He met some nice people in the cafeteria that took him to church. It was very structured. He maintained great grades and he embraced the whole thing, and I’m very proud of him.”

Huebner, the president of EMCC, sent a lengthy letter to FAU’s president last month vouching for Johnson. He went into great detail about how impressed he was with the quarterback’s character, praising him for being “friendly, engaging and kind” and calling him an ideal student.

The elder Johnson said it will be his son’s mission to continue to speak out on the subject of violence against women, and no matter how many accolades you have, it won’t mean anything if you make such a horrific mistake. He added that his son hopes to put on a youth quarterback camp in the Boca Raton area in the near future, and use that opportunity to speak to young players and their parents about his experiences.

Earl Johnson called it “devastating” after learning what his son had done in the bar that night nearly three years ago.

“It was vital and essential that De’Andre knew without a doubt that we still loved him,” he said. “We didn’t approve of this action because we had raised him much better than that. It was gonna take a toll, and it took a toll on everyone in the process just to rebuild him back up. Life teaches you many lessons, and one of them is that failure is not the end of the road. We had to help him to realize that this isn’t the end of the road because he had made a bad choice and a bad mistake. We didn’t want him to give up on his dreams. We tried to surround him with great families and friends and mentors. We have great pastors. We had to build him up, physically, mentally and spiritually.

“Spiritually, we had to do a lot of work with him. The most natural thing that you want to do is go into hiding. You almost want to sequester yourself away from people and the world. We had to get him back on the horse. Had to become more passionate about the mission he was on and make sure he didn’t go into a depression. One of our stipulations was for him to take some time off from the sport and concentrate on himself. We worked with a lot of therapists to understand his actions and the pain that he was going through, and understand the pain and the hurt that the person that he hurt was experiencing.”

Johnson also said that his son was planning to go to FAU regardless of whether Lane Kiffin was the Owls coach or not.

“FAU did an extreme vetting on De’Andre,” Earl Johnson said. “They reached out into our community in Jacksonville all the way up into FSU, East Miss., his pastor. I really felt good about them and they understood what he did was horrendous but they also understood that he was a young man, that through their vetting system seemed to be a model that we can give a second chance to.” 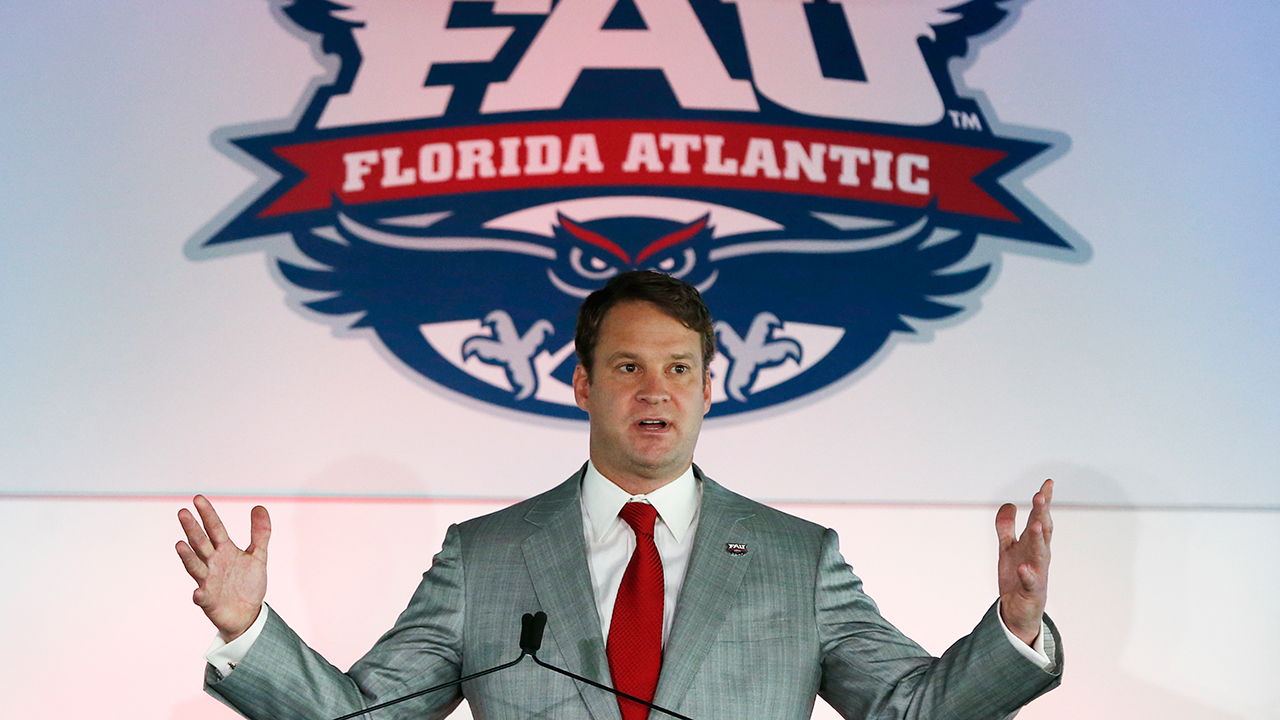 Gallery: The 9 college football coaches facing the biggest challenges with their new programs