I’m Jason McIntyre, back with my college football picks of the weekend — and we’re doing some Super 6 games, as well. Remember, you can download the FOX Sports Super 6 app and make your picks for each and every college football Saturday. Get all six right, and you could win a cool $250,ooo, no strings attached.

How about that 4-2 record last weekend, folks? Pretty nice, eh? And I’m feeling good as we get deeper and deeper into the college football season, with some lopsided lines on the docket this weekend. So on that note, let’s dive in to Week 8, with my top six picks of the week, ranked from the game I’m most confident in to the one where I might look at a less-than-full-unit play.

Sometimes, you can use the full-game line to your advantage, especially if you look at the schedule. What do I mean by that? Well, Ohio State makes sense as a massive favorite, but given that upcoming game with Wisconsin, there’s every change the Buckeyes get out to a big lead and then ease off the accelerator in the second half.

So I’m looking at a first-half play here of Ohio State -17. Again, I would not be surprised if Ryan Day pulled some starters in the second half after this one gets out of hand — and it will. Northwestern has one touchdown in the first half this year, and that was against putrid UNLV. Ohio State? They’re outscoring opponents 200-28 in the first half this season.

I know what you’re thinking — with such a huge number, and with Oklahoma coming off of that big Red River Showdown win, maybe it’s time to fade the Sooners. Not a good idea; Oklahoma is 8-1 straight up after the Red River Rivalry, but the key number is 60.

The Sooners lead the country with 60 “explosive plays” of 20 yards or more. West Virginia doesn’t have a defense, its quarterback is injured. I think Oklahoma wins handily; take the Sooners favored by 33 at home. 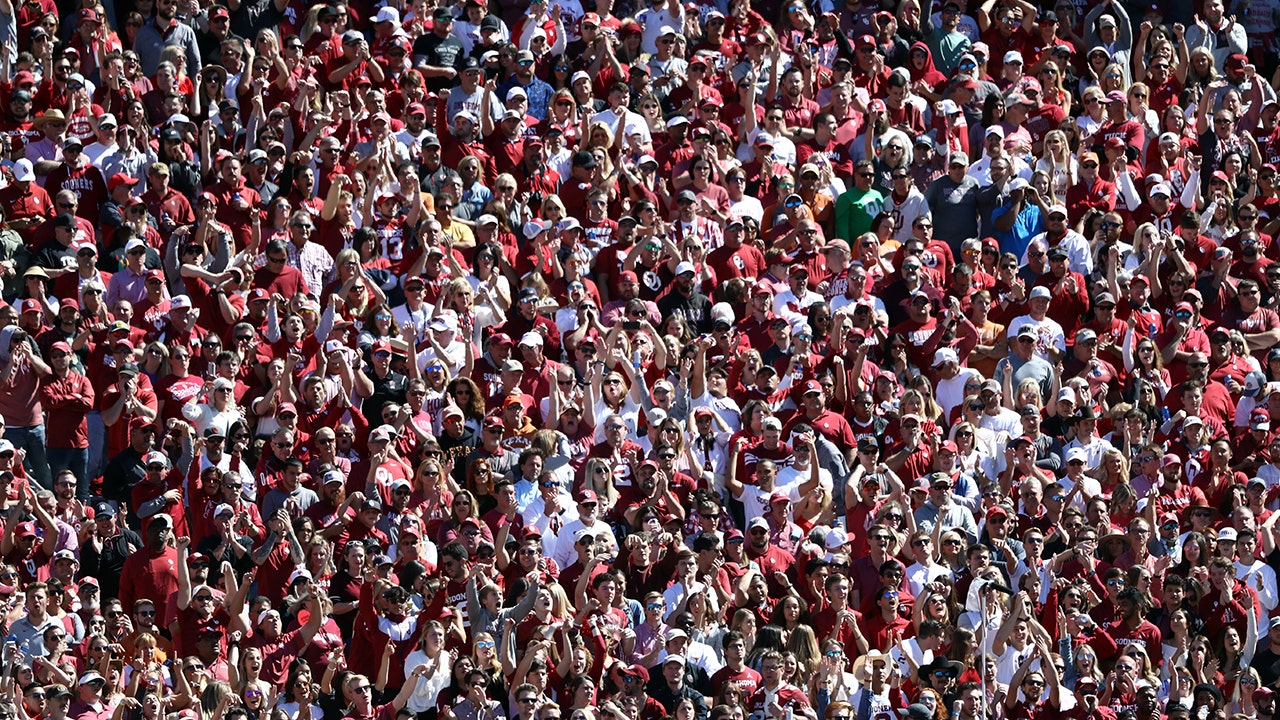 Interesting line, right? Baylor’s undefeated; why are they getting points, you might ask?

Well, two reasons. Oklahoma State’s run offense, led by Chuba Hubbard, is AWESOME. Just a monster run game. And Baylor’s going to have trouble stopping it; their No. 1 tackler, Clay Johnston, the heart and soul of their defense, is out for the season. I think Oklahoma State wins here and covers comfortably at home.

We know how badly Jim Harbaugh has struggled on the road. He’s 0-6 against Top 25 teams. I do not buy Harbaugh as Michigan coach in general, honestly.

So while I know 8.5 is a big number for Penn State, they’re the side here. I actually think Michigan gets blown out here; I’d take Penn State if they were two touchdown favorites.

The Badgers have been great for us this season — however, this is a dangerous spot. It’s the ultimate sandwich game, coming off the big win over Michigan State, with Ohio State next up after Illinois. It’s just human nature to be thinking about that game vs. Ohio State next week.

I think Illinois can cover 31; I wouldn’t be shocked if Wisconsin sat some starters in the fourth quarter. Remember, after their big win over Michigan, they didn’t cover the next week vs. Northwestern. I think the smart play is taking Illinois getting 31 points at home.

I like Arizona State getting points here. They’ve played extremely well vs. Utah the past two years, beating them both times by a significant margin. Plus, Herm Edwards is 8-3 against the spread as an underdog, and 2-0 as a double-digit dog at Arizona State. Take the points and the Sun Devils in Utah.