A No. 12 seed beat a No. 5 seed on Thursday to give the NCAA tournament its first upset* after a morning slate of games that offered none of them.

Middle Tennessee took down Minnesota 81-72 in Milwaukee, building a 17-point lead in the second half and holding off a couple of Golden Gophers rallies. The Blue Raiders shot 7 of 13 from 3-point range and outrebounded an out-manned Minnesota team 37-24. Every time the Gophers tried to make a push, something went wrong:

But this one was an upset in seed only. Middle Tennessee was actually a slight favorite in Vegas for this game, and it was one of the trendiest 12-5 upset* picks among prognosticators and fan brackets.

The selection committee gave Minnesota a fairly questionable No. 5 seed. The Gophers finished fourth in the Big Ten and lost to Michigan in the semifinals of the conference tournament yet got the conference’s second-highest seed, behind only regular-season champion Purdue. Wisconsin, which beat Minnesota twice and was runner-up in the Big Ten tournament, got an 8 seed. A favorable RPI of 20 was the main justification in favor of the Gophers being on the 5 line.

Making matters worse for an already thin Gophers team was the absence of top 3-point shooter Akeem Springs, who injured his ACL during the Big Ten tournament. That left them with only six players logging significant minutes Thursday.

Middle Tennessee, meanwhile, is one dangerous 12 seed. The Blue Raiders returned their two top scorers from last year’s No. 15 seed team that upended second-seeded Michigan State in the first round and will make for a tough out in the next game, against No. 4 seed Butler. 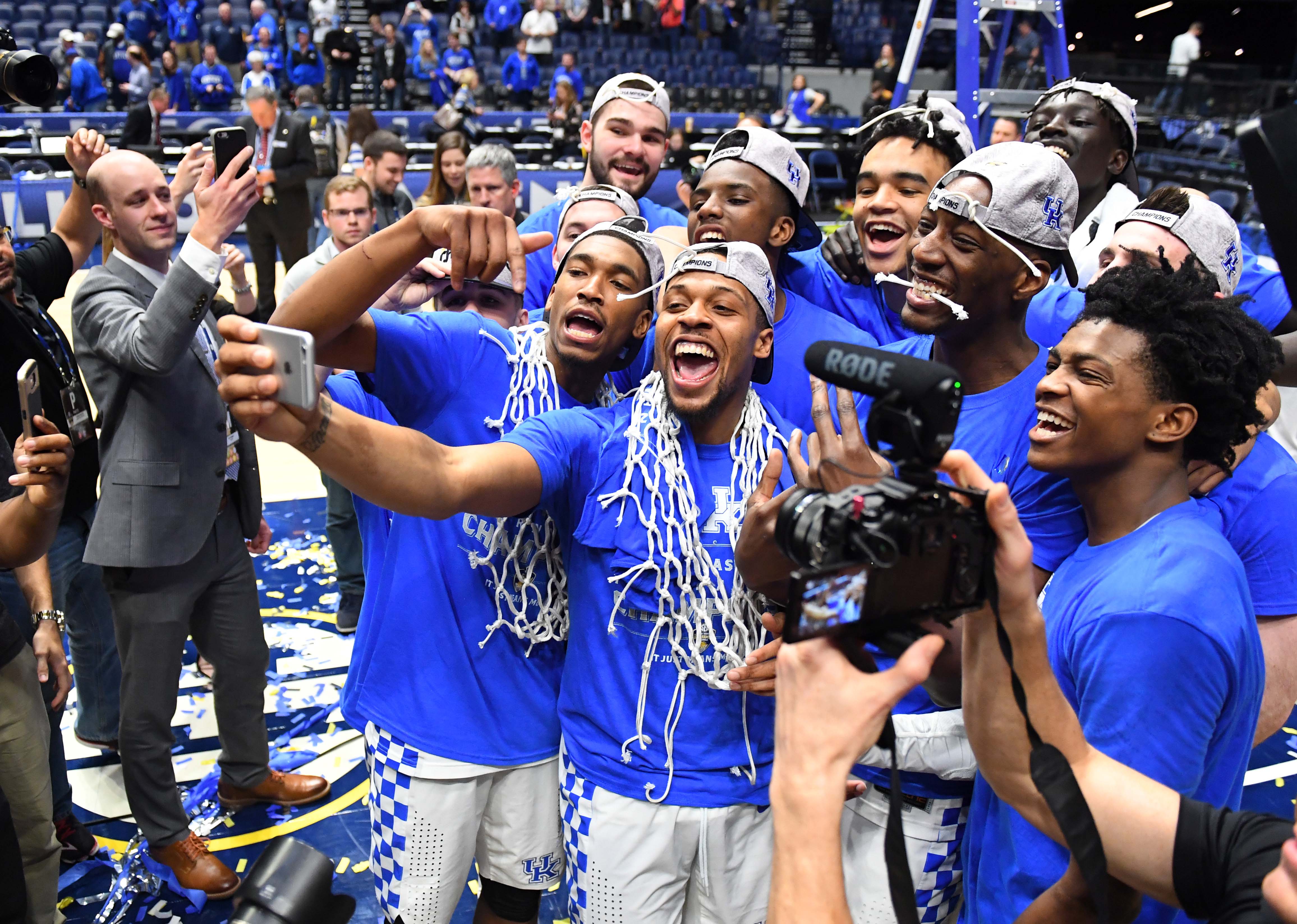 Gallery: A brutally honest look at every opening matchup in the NCAA tournament