Bracket Watch: And the final No. 1 seed is …

(Editor’s note: This bracket is updated with all of Sunday’s results and is the final version.)

Thanks to Duke’s four-day run through the ACC tournament, the topic du jour on this Selection Sunday is whether the 27-8 Blue Devils will now garner a No. 1 seed that would have seemed unfathomable less than a week ago.

Presumably to the chagrin of many of you, my hunch is they will.

Allow me to explain.

Let’s start with the obvious argument AGAINST Duke — that no No. 1 seed has ever had eight losses. Others may gripe about the idea of giving a No. 1 seed to the ACC’s fifth-place team during the regular season, especially over regular-season champ North Carolina (27-7).

But the committee cares far more about who you beat then who you lost to, and they care not at all about conference standings. End of day, Duke racked up more good wins than anybody — eight against RPI top 25 opponents, 13 against the top 50. Most impressively, eight of those 13 came on the road or at neutral sites. All this despite the fact it was without coach Mike Krzyzewski for seven games and several key players for many others — circumstances the committee considers.

I could make a perfectly good argument for North Carolina, whose resume is not all that different — 11 top 50 wins, five top 25 wins — than the Blue Devils’. The deciding factor for me, however, is that unlike Duke, the Tar Heels’ five best wins all came at home.

I can’t make any argument at all for Pac-12 tourney champ Arizona (30-4), despite its gaudy record. Duke earned as many top 25 wins in a three-day span this week as the Wildcats earned all season. They’re my No. 2 seed in the West.

As for bubble teams, there won’t be a whole lot of suspense Sunday. There are essentially three teams — Rhode Island, USC and Syracuse — contending for two spots. (I’ve thrown in the towel on Illinois State.) And Rhode Island can render that partially moot by beating VCU in Sunday’s Atlantic 10 final (UPDATE: Rhode Island wins. Bracket changes reflected below).

So here we go — my last bracket before the real one.

This edition’s bracket is East vs. South and Midwest vs. West in the national semifinals, based on the order of my No. 1 seeds. 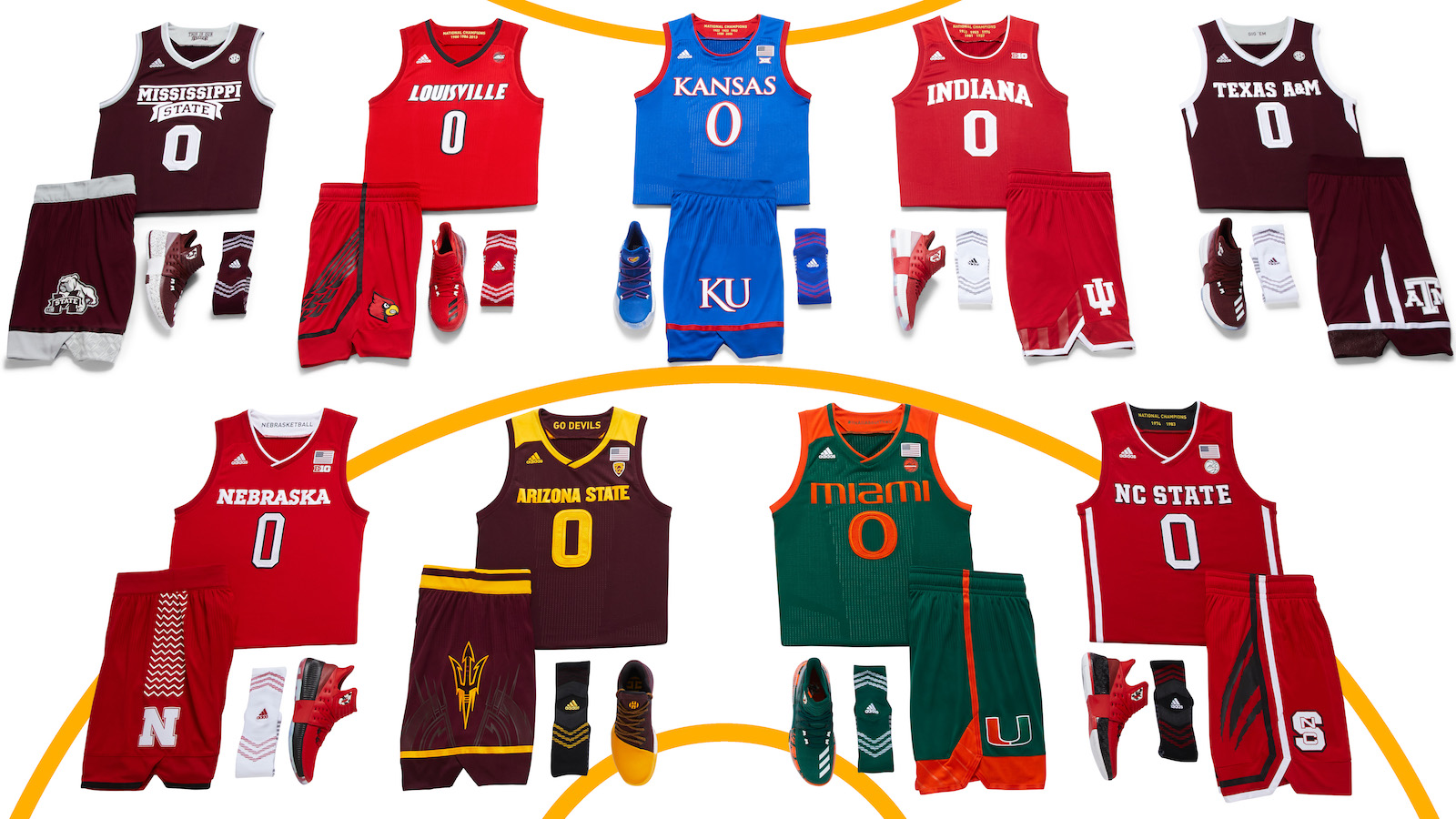 Gallery: Here's a look at Adidas' uniforms and sneakers for March Madness this year