The golfer wanted to surprise girlfriend Lindsey Vonn, who was competing in the FIS Alpine Ski World Cup Women’s Super G in Italy on Monday, so he pretended to be a regular spectator while donning a mask and sunglasses.

He also showed up with a missing tooth.

After Vonn earned the win — an extra special one, as she broke a 35-year-old record with her 63rd World Cup win — the masked Woods came through the crowd to stun the skier.

"It was an amazing surprise," Vonn said. "I’m so happy that he’s here. … Everyone important to me is here — my mom and dad and my sister and Tiger — it’s pretty incredible. I didn’t think it was going to get better than yesterday, and today topped it.

But what about the mask?

"I knew it was him immediately," Vonn said. "He loves that stupid mask."

As for the missing tooth, Woods reportedly lost it at Vonn’s event after getting whacked in the face by a videocamera.

UPDATE: Later in the day, race organizers disputed Woods’ agent’s version of the events to The Associated Press:

Race organizers said the incident was not reported to them. They added that Woods did request extra security and a snowmobile to exit the finish area, and organizers met both requests.

"I was among those who escorted him from the tent to the snowmobile and there was no such incident," Nicola Colli, the secretary general of the race organizing committee, told The Associated Press. "When he arrived he asked for more security and we rounded up police to look after both him and Lindsey."

Here’s a look at Tiger in disguise from various angles. 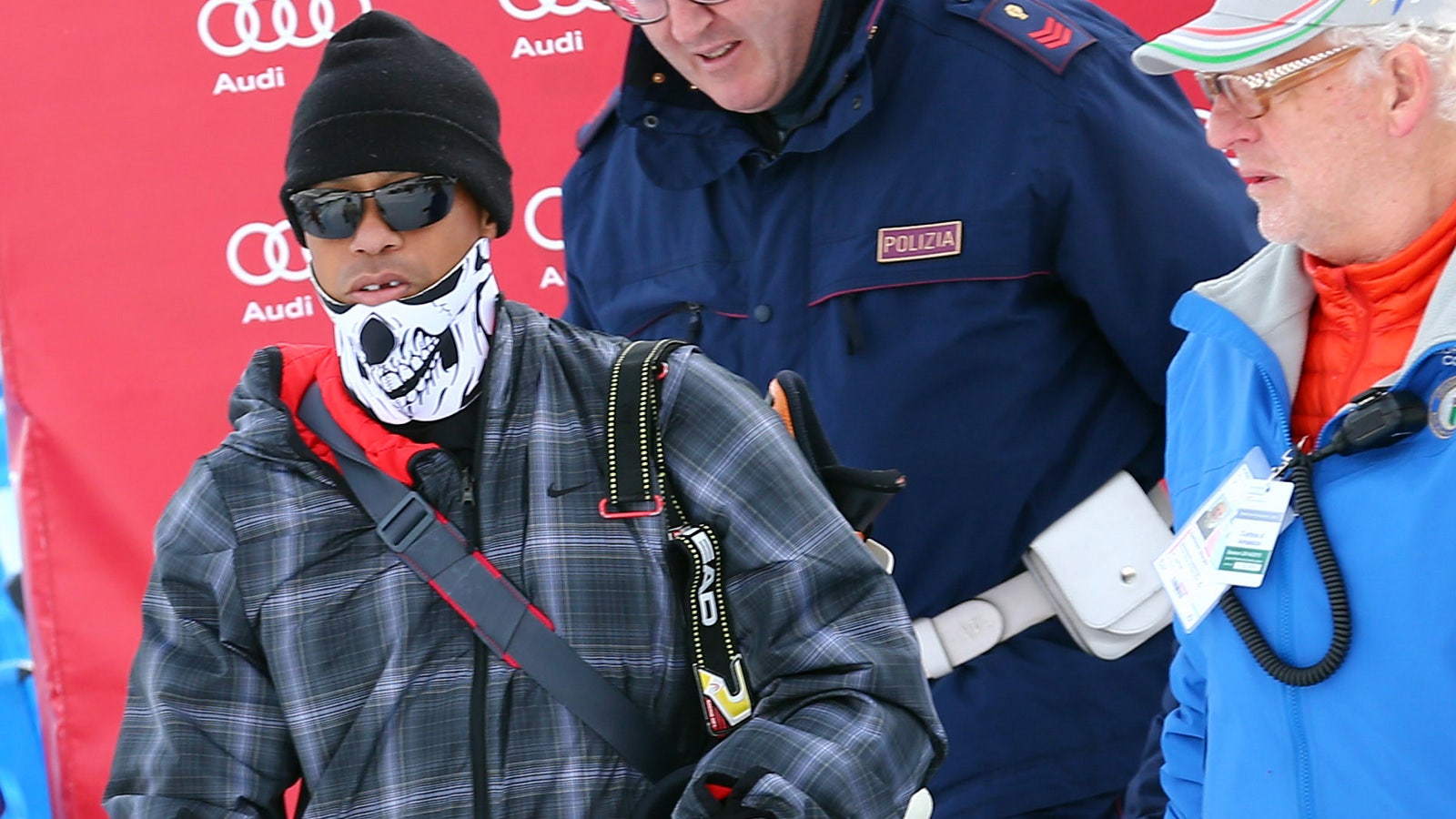 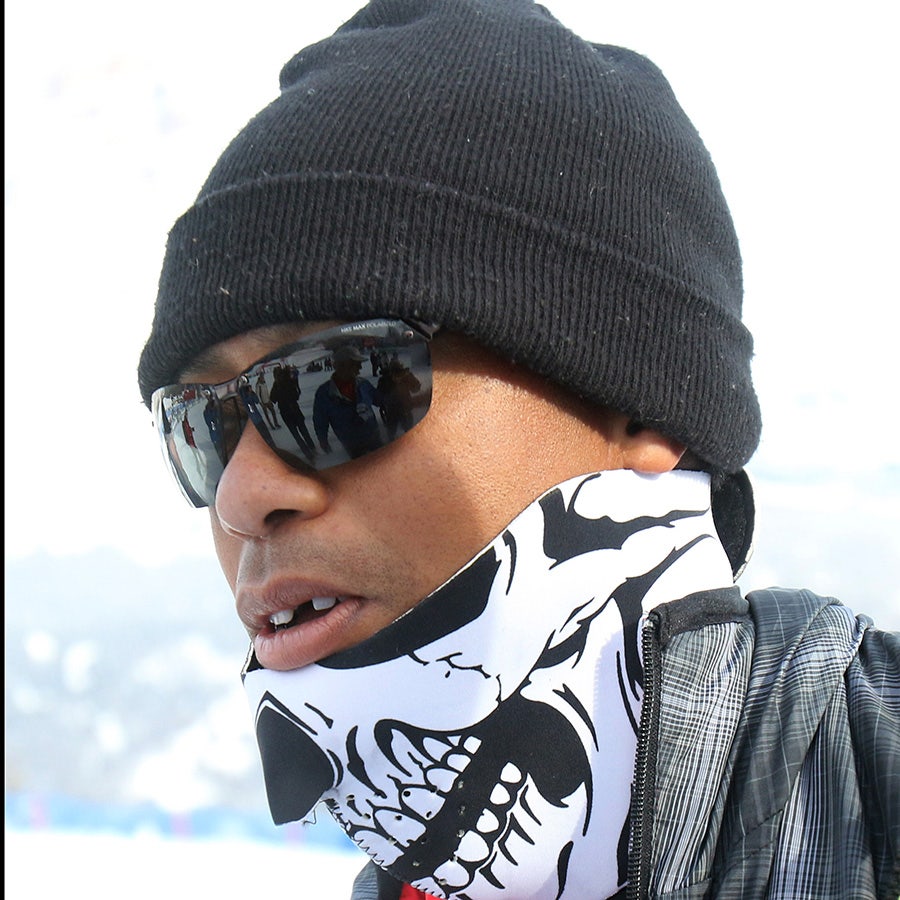 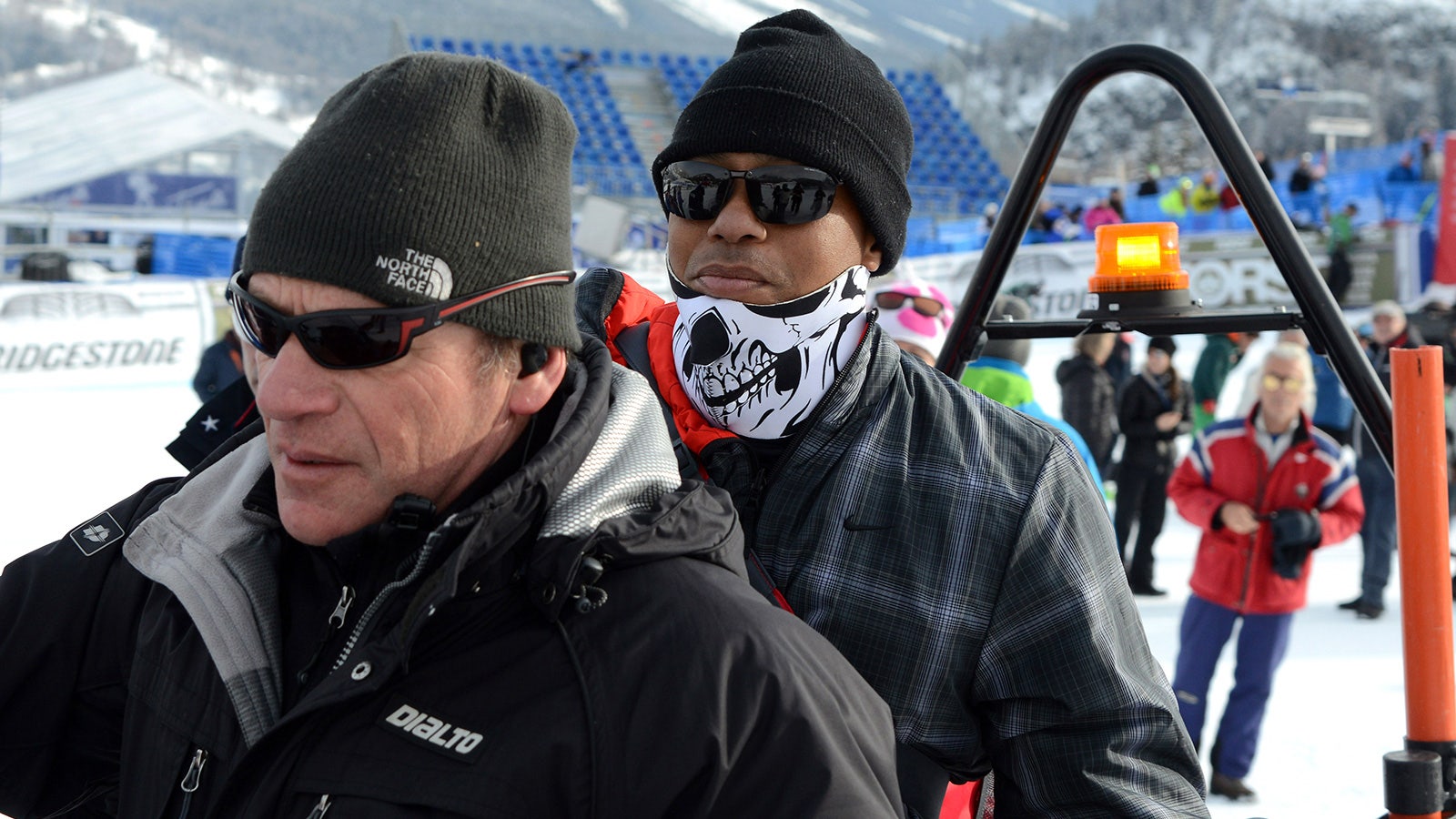