The Redskins’ firing of Mike Shanahan was a laughable disaster 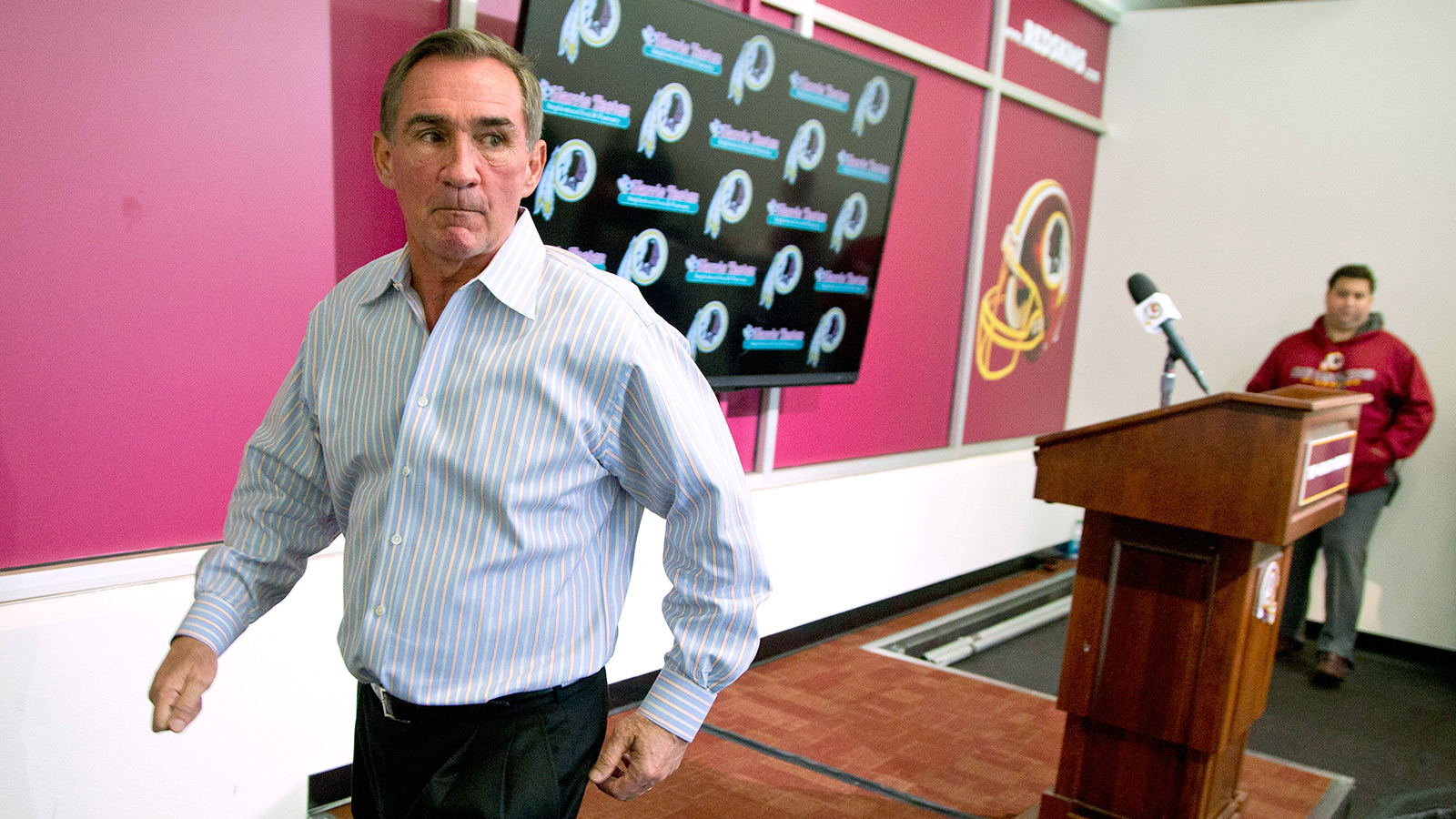 Oh, Daniel Snyder and the Washington Redskins. You’re such a disaster.

The team fired coach Mike Shanahan on Monday, which wasn’t a surprise at all.

What also wasn’t much of a surprise? How it all went down at Redskins Park. The whole process played out pretty much like the team’s season this year. Need one word to sum it all up? Let’s go with embarrassing.

It all started with Mike Shanahan getting stuck in traffic on his way into the team’s facility.

#Redskins Head Coach Mike Shanahan trying to get into Redskins Park but stuck in traffic pic.twitter.com/RzLM5I5dRd

Why was there so much traffic? Because of this:

Speaking of Shanahan's car, Skins kept media in a vehicle line before being allowed in. Shanahan got caught and delayed in that weird line.

But that was just the beginning. Things only got better/worse once Shanahan got through the traffic jam. Ready for a bizarre lesson in how not to handle a sticky situation?

Let’s allow those who were inside to paint the wonderful scene for all of us:

Let that one sink in for a second.

Let’s get back to that Alfred Morris nugget for a bit. Why didn’t he want to talk?

These are the days that reveal the true, unfettered, undeniable silliness of some NFL teams.

Reporters now told they can't look thru windows or go outside. It's not a PR matter now, I was told, it's a security issue. WHAT???

There are guards in the parking lot patrolling like Secret Service. 2 interns, filling as security for some reason, carrying walkie-talkies.

A curtain, ahem, came detached while we starving beasts were confined to the room. PR/security resolved this with many strips of Scotch tape

Security supposedly to prevent a media rush of Shanahan's exiting car. Shanahan, who already met w/media. Absolutely no one cared about car.

Alfred Morris said he wasn't talking today because he had to catch Chick-fil-A breakfast.

The whole thing, however, ended with a beautiful moment that will surely give you chiills:

Robert Griffin III just packed up and drove out his SUV out of the parking lot. There goes the happiest man at Redskins Park.

One of the poor PR interns, 2day playing role of security enforcer, calls it a learning experience. Hope he learns this is NOT how it's done