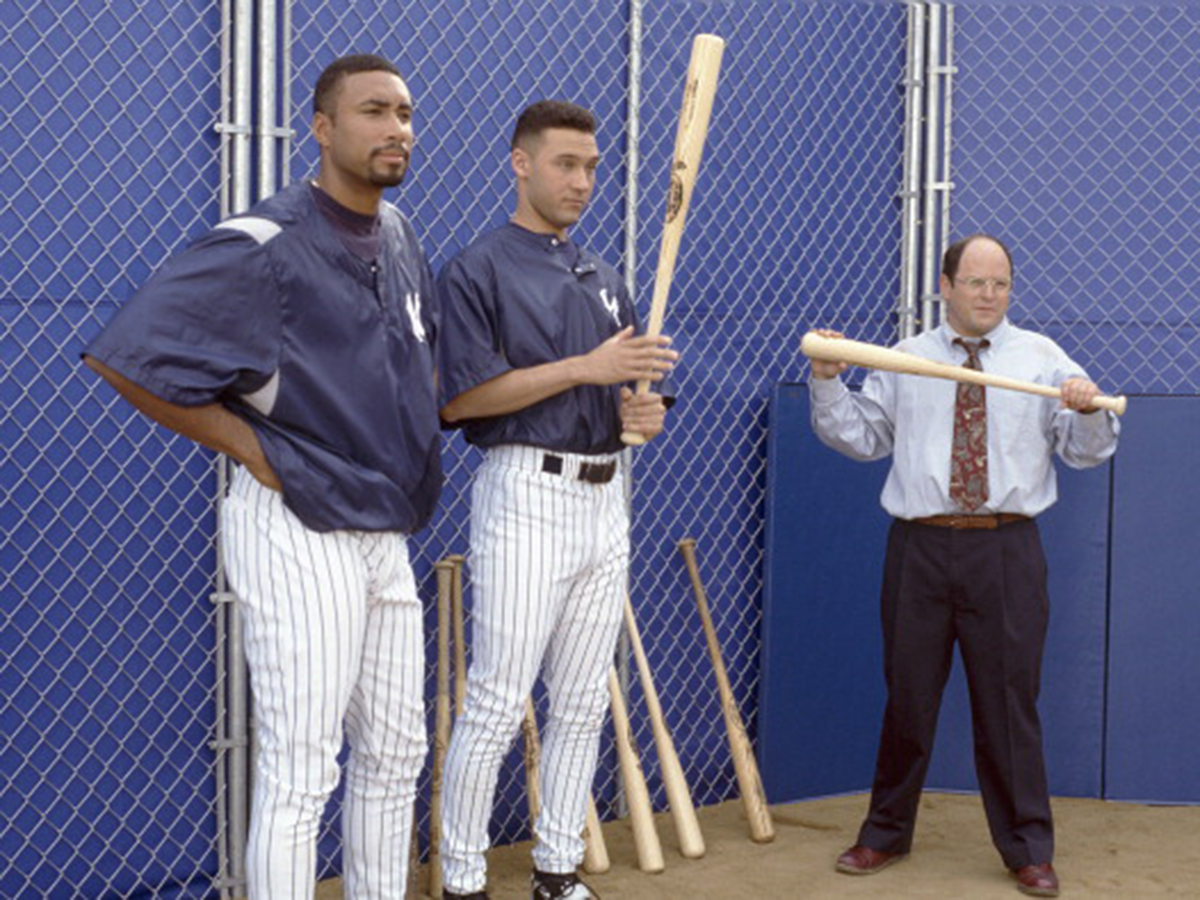 You don’t need me to tell you about how the show went on to be a massive success and one of the best sitcoms, if not the best sitcom, in television history.

Sports always played a major role in the lives of Jerry, George, Kramer and Elaine.

With "Seinfeld" celebrating it’s 25th anniversary, The Buzzer looks back (in no particular order) at the best sports moments from the show’s history.

As Cosmo said, "there was an incident." This was his way of breaking the news that he punched Mickey Mantle in the face.

When Elaine refused to take off her cap, things got ugly — and physical.

Perhaps Frank Costanza’s greatest line in the history of "Seinfeld."

Much to Elaine’s dismay, her boyfriend was adamant about showing off his Devils pride for a playoff game.

After Elaine gets the ticket over the Jerry and George, they quickly realize Whatley’s motivation, which leads to the brilliantly delivered line by George, "And there’s your ticket!"

Doing the opposite paid off for George in a big way as he won over George Steinbrenner.

The assistant to the traveling secretary was not happy it took the Yankees six games to win the World Series the previous season.

The way O’Neill delivered the line "How the heck did you get in here anyway" was Emmy-worthy.

The Yankees skipper fell for George’s passionate speech about switching from polyester to gain an advantage on opposing teams.

Simply put, this is one of the most classic scenes in the show’s history.

Luckily, George, the marine biologist, was there to save the day.

This scene not only covers George’s tendency to overshoot during pickup hoops, but it also segues into whether anyone sneaked a peek in the locker room.

Kramer’s mental alarm didn’t work, but Jean-Paul made it to the race anyway. However, his finish was painful.

The Mets first baseman made Jerry extremely uncomfortable with his very personal request.

Jerry, Kramer and Elaine debate whether the Yankee Clipper is a dunker, before a run-in at the famous coffee shot.

When Jerry calls George to let him know the Yankee game is being rerun, his fiancee, Susan, quickly interjects.

The Yankees owner, voiced by Larry David, was featured in many episodes throughout the show’s history. However, the real Yankees owner did play himself in one episode. But the scene was left on the cutting-room floor and never made it to air. The outtake was featured, though, as a DVD extra.

Sadly, there isn’t a clip of this scene on YouTube, but we can still enjoy the aftermath, which includes Kramer serving as Bette’s bodyguard.