Sometimes weathermen can be wrong.

I know, I know. That sounds crazy. But it’s true.

However, weathermen have not been wrong about today’s weather in Green Bay.

It’s really cold. These amateur weathermen standing outside of Lambeau before the 49ers-Packers game have all the proof we need to know we don’t want to be at that game today. 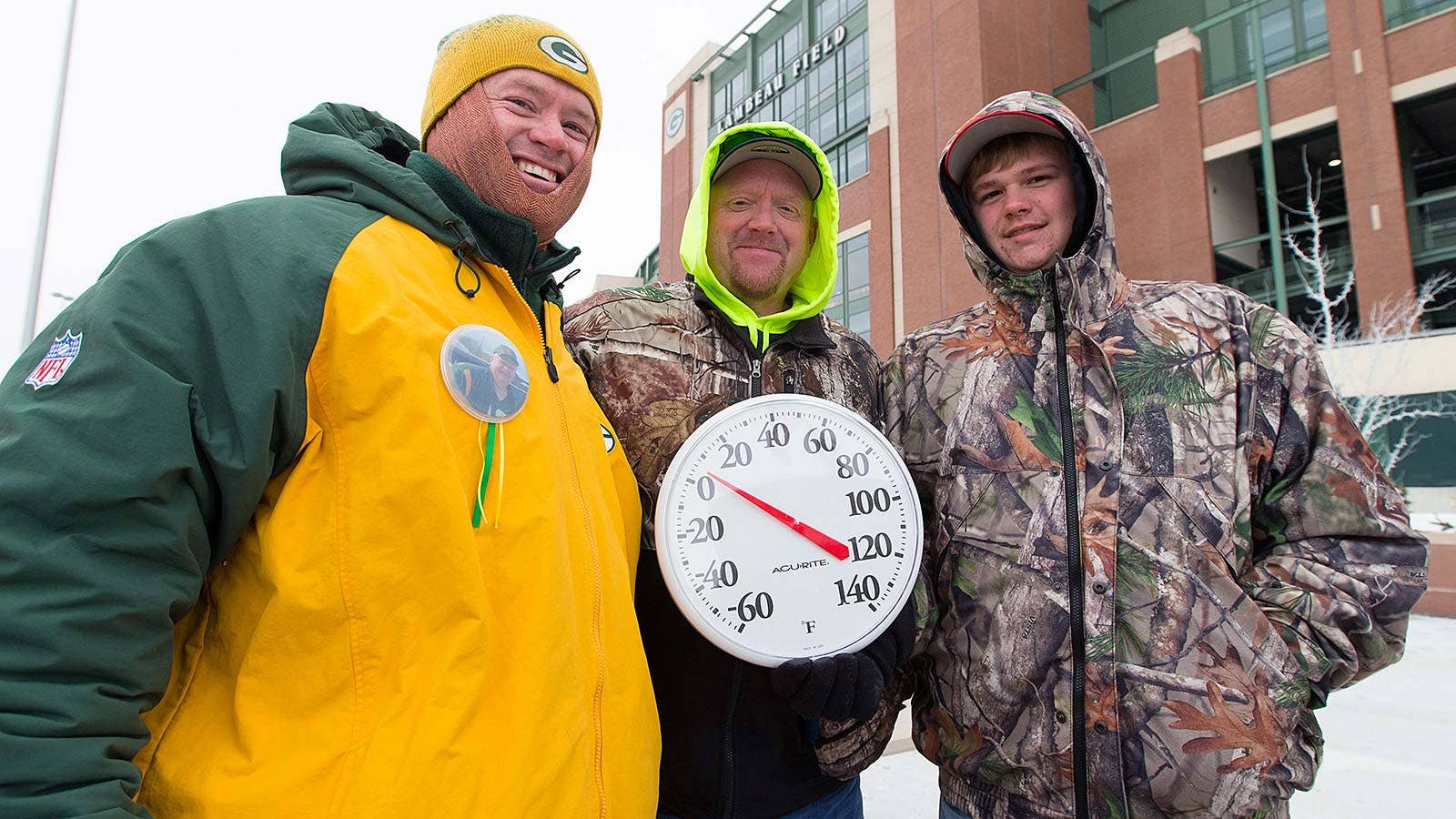 Some fans, however, are already unfazed by the low temps:

Some players apparently don’t give a heck, either.

A few 49ers going through early warmups at Lambeau Field. And yes those are shorts. pic.twitter.com/PPetjQC9Eo

While those guys look tough right now, they might change their tune a little bit when they see the SCARIEST WEATHER MAP EVER:

GAME-DAY FORECAST: Subzero temps are expected today for the #49ers vs. Packers game at Lambeau Field. Bundle up! pic.twitter.com/2HTOM41Vlz

Referee for the game at Lambeau Field today: pic.twitter.com/T6VXAZ2HYh

Be careful out there, folks. Most importantly, do whatever it takes to make sure your beers don’t freeze.

It’s gonna be a long, cold afternoon/evening in Green Bay.