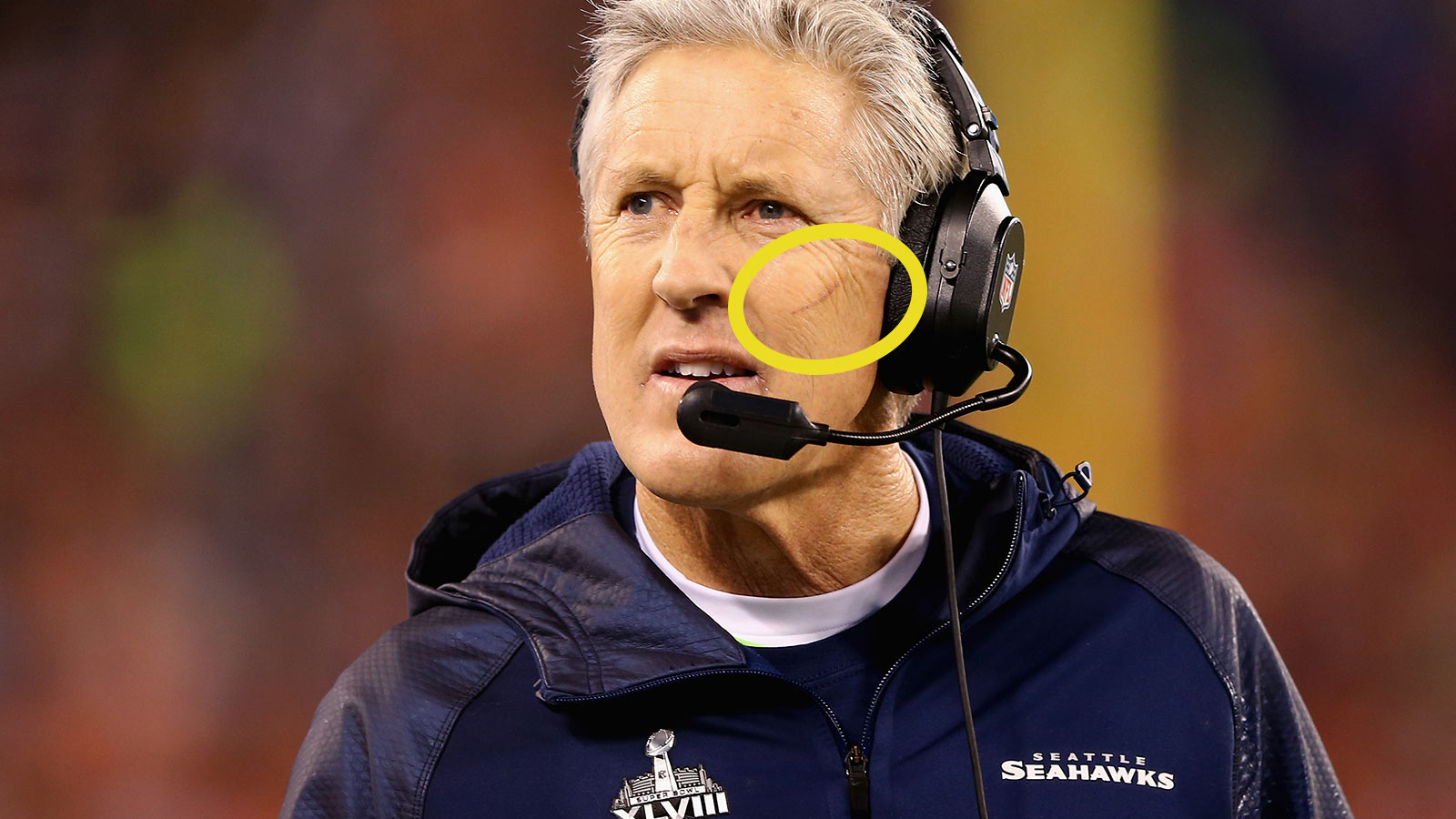 If you watched the Super Bowl on Sunday night, you probably noticed a big scratch on Pete Carroll’s face.

It was, after all, pretty hard to miss.

So seriously, everyone being smarmy on Twitter but really, what happened to Pete Carroll's face? Fresh bruising. What did I miss?

What happened to Pete Carroll's face though? Big scratch

After the game, our own Peter Schrager asked Carroll about it on FOX Sports Live, and the answer was pretty much what you’d expect from Carroll.

"I did get hit returning a kickoff in practice this week," Carroll said with a chuckle. "I jumped in to give Percy (Harvin) a break, trying to do the right thing, and Derrick Coleman grabs me and (Chris) Maragos comes in and gives me a shot in the head.

"We covered kicks like wild men tonight so it was OK. If I contributed to that in any way I’ll take the hit."

Harvin, by the way, had a pretty good night returning kicks as he took the opening kickoff in the second half 87 yards for a TD.