In an accompanying interview, Vonn is, of course, asked about her beau, Tiger Woods, with whom she recently skied and watched a Denver Broncos game. Vonn was asked if Tiger makes her a better skier:

"A better athlete, I would say, yes. One example: I wouldn’t say I’m unprofessional, but the consistency that Tiger shows in his professionalism – wow. No one has any idea how hard Tiger works. Tiger says he wants to be fitter than all the others, that’s his way. So he pushes himself a lot further than he perhaps needs to, and to see that pushes me in turn. The other unbelievable thing about Tiger is his mental toughness. There were moments in golf tournaments where I said to myself, ‘Okay, Lindsey, this is the next level of self-confidence, concentration, control. When you make it to this level, it will make you a better skier.’"

Vonn is working her way back into top shape after suffering a partially torn ACL in a practice crash in late November. She’s been in training for the Sochi Winter Olympics in February and has been actively keeping her fans updated via Twitter and Instagram since the injury. After her fifth-place finish in a World Cup Super-G over the weekend, Vonn announced that she was ready for Sochi and said, "I know I can win."

Really happy with 5th place today! I'm getting more confident & this was a big step on my road to Sochi! #progress pic.twitter.com/aDmoBlbIqe 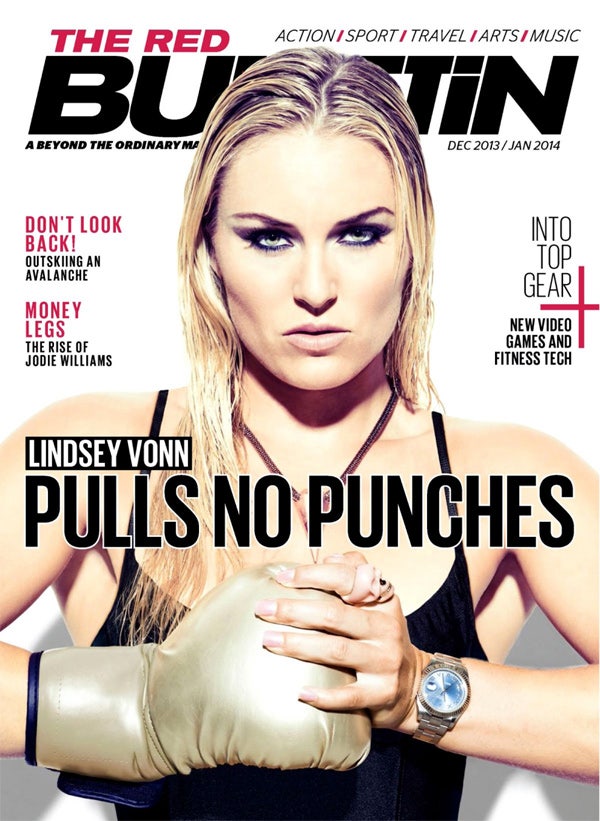