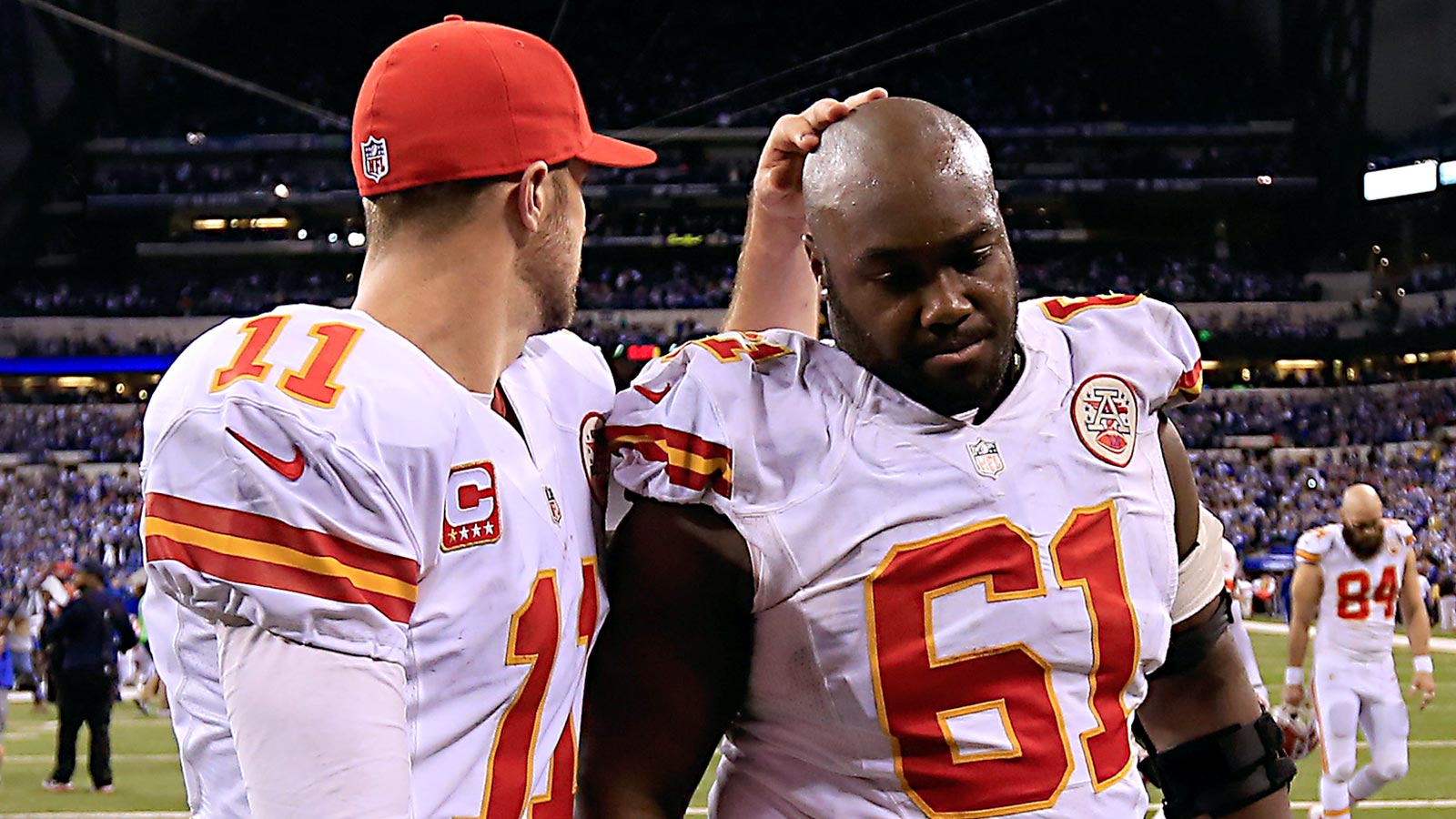 The Kansas City Chiefs were knocked out of the NFL playoffs in stunning fashion Saturday as they coughed up a 28-point lead to the Colts and lost in Indy 45-44.

The team’s official Twitter feed was active until the bitter end, so we were able to get an inside look at the team’s emotions during the wild game.

Things were going pretty well for them early on. But we’re just going to focus on the last three tweets as the Colts finished off their comeback.

You could tell the folks in charge of the Chiefs’ Twitter account were a little nervous down the stretch and wanted to get a feel for how the fan base was doing. So they sent out this tweet:

Predictions for the final 5 minutes? #KCvsIND

The only response? This one:

Yup, uncomfortable times for the Chiefs.

Then the Colts took the lead on a 64-yard TD pass and the Chiefs kept it simple on Twitter, however you could just feel the tension:

The first response to that tweet? This gem from Eagles fan who was so excited that he couldn’t be bothered with proper grammar or spelling words correctly:

.@KCChiefs shouldnt of hired are worst couch ever

Then, as the final whistle blew, the team kept it simple again but you could just feel the sadness in the tweet below. Imagine if you weren’t watching the game and you just saw the Tweet below? You’d probably think for a split second the Chiefs had won … until you finished reading the entire tweet:

While we said we’d focus on just the last three tweets of the game, we have to show you how they followed that one up. It’s a great lesson in PR.

Chiefs fans were reeling after the loss. They needed something to cheer them up. Don’t worry, the team was there for them. Here’s how you pick up a defeated fan base:

How bad of a loss was it for the Chiefs? So bad that not even this GIF could cheer up Chiefs fans. Nope, now this GIF just seems, well, sad: