Now that Manziel’s a backup, get your ‘Johnny Clipboard’ T-shirt 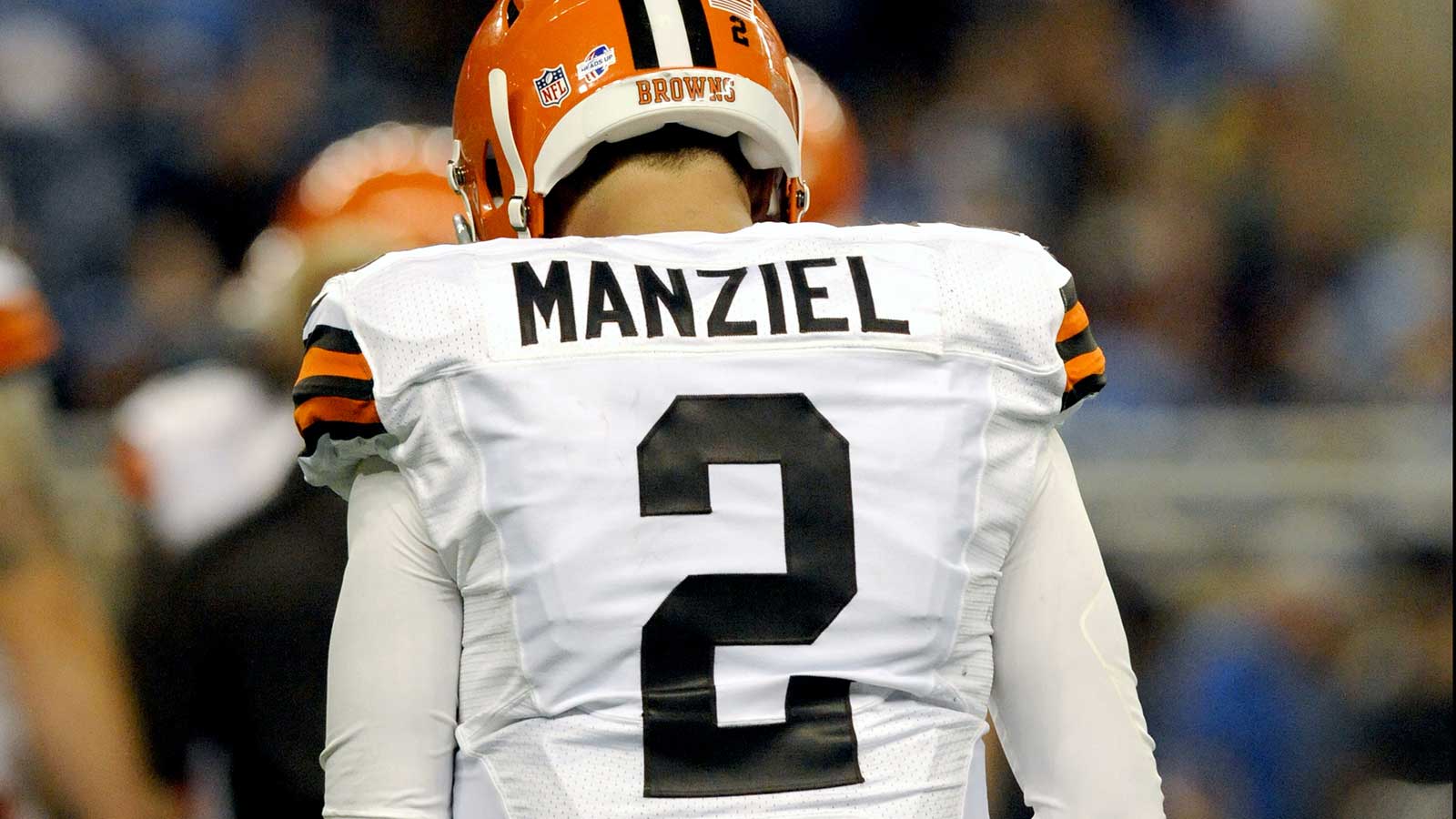 A very savvy entrepreneurial enterprise is attempting to capitalize financially on Johnny Football beginning his NFL career as a backup.

Cleveland Browns head coach Mike Pettine announced this week that Brian Hoyer — not Johnny Manziel — would be starting under center when the team kicks off the season vs. the Pittsburgh Steelers.

So behold, the Johnny Clipboard T-shirt. 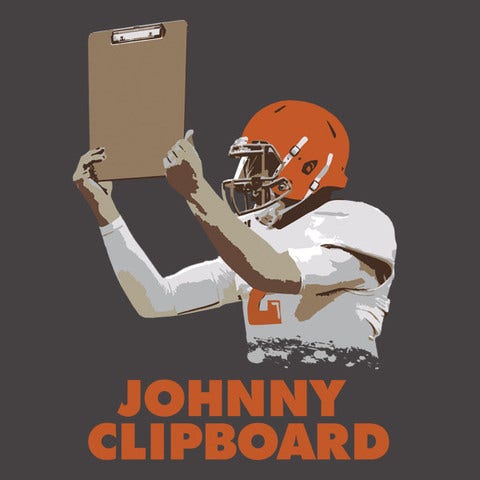 The shirt features an adaptation of Manziel’s "Money" gesture from his Texas A&M days that he continues to bust out from time to time, only in Browns colors. Manziel has yet to incorporate the "Money" gesture into a game as a member of the Browns, but he did bust it out on draft night. 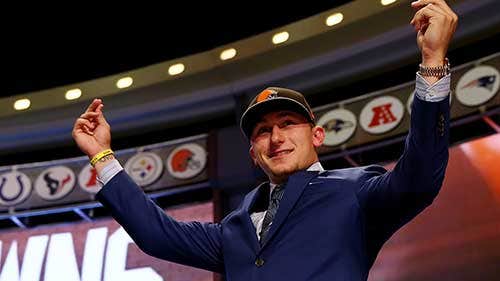 And, of course, Manziel also busted out an even less savory gesture earlier this week in a preseason game against the Washington Redskins.

The shirt comes from the cleverly and fittingly named The Heckler Store and retails for the very reasonable price of $20. It is available in charcoal or sport gray, sizes small to 5XL.